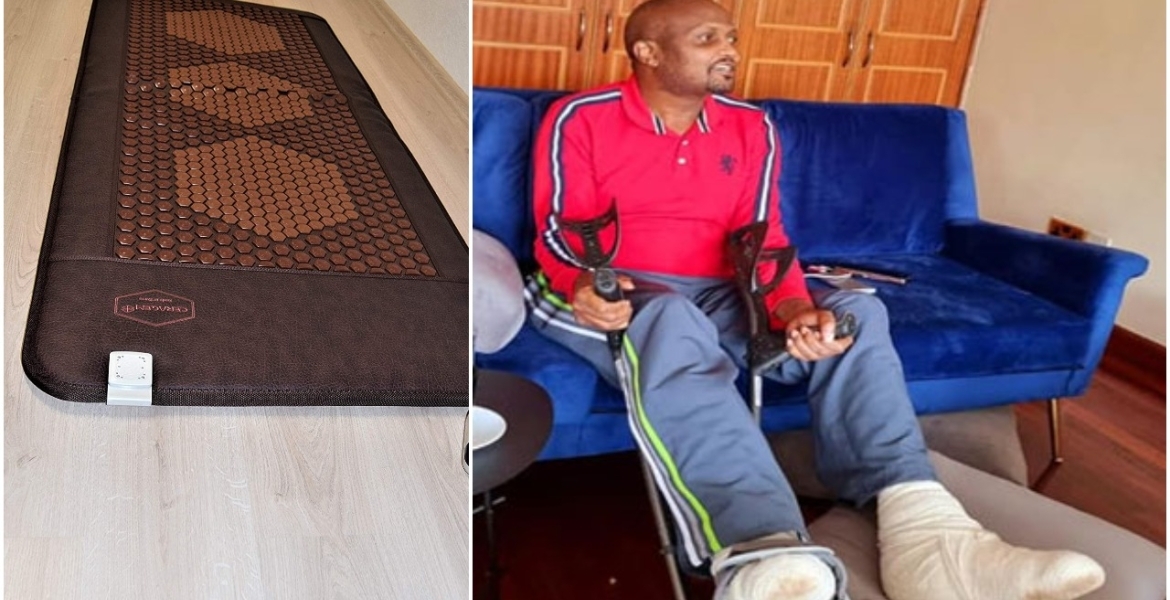 Gatundu South MP Moses Kuria is set to sue Ceragem Ltd, a Nairobi-based company behind an electric mat that burned his feet, leading to his hospitalization.

Kuria, who is still admitted in hospital, said he also contacted the Directorate of Criminal Investigations (DCI) to investigate the matter.

The MP was speaking on Tuesday during a meeting between senior Ceragem officials and the National Assembly Health Committee, which is probing the matter.

Kuria, who was attending the meeting virtually from his hospital bed, accused the company of taking the matter casually, adding that it must take responsibility.

“I am also going to sue in my personal capacity in a civil approach,” said Kuria.

He further alleged that Ceragem’s parent company had been banned from operating in the US state of Texas over false claims that they could cure cancer.

The House committee put Ceragem CEO Vincent Omallah on task to explain how they diagnose their clients and what follow-up measures they have put in place. Omallah insisted that the company’s products have been approved by the Kenya Bureau of Standards and were safe to use.

MPs questioned why the company has not been licensed by the Kenya Pharmacy and Poisons Board given that it deals with medical products. It also emerged that none of the company’s leadership is a trained medic.

“Who has authorized you to medically talk about cancer without medical personnel?” posed the committee chairperson Sabina Chege.

“Our worry is not Moses Kuria but we are more concerned about you taking advantage of desperate Kenyans. We want to appeal to Kenyans who have used these products to talk to us.”

The company has been operating in Kenya for 14 years and has outlets in Nairobi, Thika, Mombasa, Eldoret, Murang’a, and Garissa.

Kuria was admitted to Karen Hospital four weeks ago with third-degree burn wounds after his feet exploded after using the mat purchased from the company for Sh250,000 to cure numbness. He has since undergone three surgeries.

Moses Kuria has diabetes.
He got burned because he has no feeling in his legs.

The person who made him an Alcoholic & food is the person he needs to sue.

When Uhuru was trying to do away with counterfeit goods in Kenya, Kuria was among the first in UDA to condemn Uhuru for destroying Kikuyus' businesses. Mundu wa nyumba itu, sasa pambana ha hali yako.

Mmmmhhhhhh, the war lord after mastering miscarriage of justice is coylily seeking justice. All animals are equal but Gatundu animals are more animalistic than others.

Soooo, until these MPs or their family get hurt by the same corruption they put a blind eye on, everything in Kenya is perfect! Lol..and bure kabisa....these Mpigs need to wake up and represent their electorate with their souls...the same souls that drove them to Wanjiku for votes

He might as well walk on hot charcoal and blame the charcoal maker for having numb explosive feet.

Huyu Mungu sio wa kuchezewa! This same man in crutches was the one hurling tribalistic insults this is the time he should've been on his feet kurushia Raila Matusi. Now you see. Mungu amemkalisha kitako. This should be a time for Moses Kuria to reflect and repent. Sumu yake hiyo

At least he can’t walk to meetings to spread tribalism. Nugu