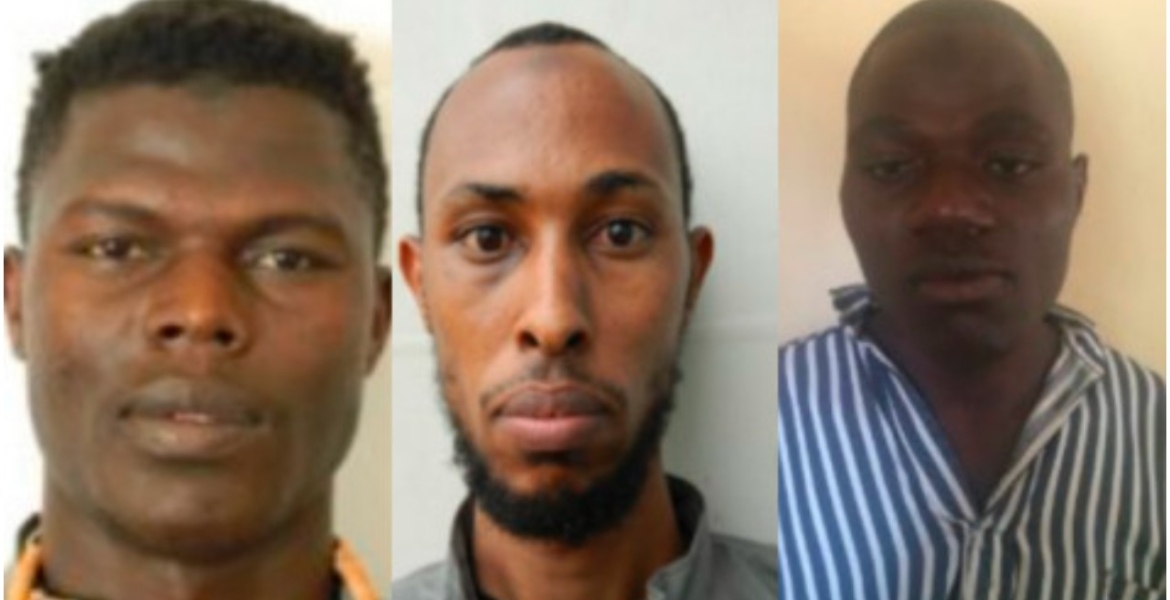 Seven warders have been arrested in connection with the escape of three terror convicts from Kamiti Maximum Security Prison.

Interior Cabinet Secretary Fred Matiang’i says preliminary investigations suggest the breakout was as a result of laxity and incompetence.

Speaking on Tuesday, Matiang’i said detectives from the Directorate of Criminal Investigations (DCI) are probing the incident and more arrests will be made.

“We will not only go the direction investigations will point us but we will act resolutely to ensure this kind of recklessness does not happen again because it exposes our people. There is a certain level of irresponsibility we have to deal with in this particular case,” Matiangi said.

The DCI has offered a Sh60 million reward to anyone with information leading to the arrest of the three escapees.

Matiang’i said a tour of Block A6 where the three were being locked up did not appear to support the official version of escape given by the prisons' managers.

Uhuru Kenyatta has been going to work drunk everyday. They got their laxity and incompetent from him.

They should be released.

This is a case of monkey see, monkey do.

What we need in Kenya is the late Saddam Hussein’s approach or solution when dealing with incorrigible members of the society. This also applies to religious fanatics.
What is Saddam Hussein approach/solution? The drug dealer or user were sentenced to death and hanged immediately once caught with drugs. During his time as a "ruthless" ruler of Iraq, drug use and selling was completely wiped out.
Why was Mohammed Ali Abikar imprisoned for life after what he did? He should have been sentenced to death. Musharraf was arrested with explosives at the parliament. Had he succeeded, many innocent people would have lost their lives.
It's now time in Kenya to adopt Saddam Hussein approach when dealing with a few challenging members of the society.

Why is PS Zainab Hussein (from Gatundu) who controls the prisons in Kenya not arrested?

"...a tour of Block A6 where the three were being locked up.." Why were they in the same block, in the first place? You would think that the prison management would know better.

I went through the comments to see or learn how the terror suspects escaped. I was thinking along the lines of bribery. I had ruled out careful and patient planning and execution. The other mystery is what makes Kamiti a
Maximum security prison? Is it the unique physical design that makes it virtually impossible to escape and impregnable from outside or is it the constant and diligent guarding by the wardens? Well ,on the other hand the Sadam Hussein approach to dealing with terror suspects is and has already been applied in Kenya. What with the extra judicial approach to suspects and their imams who are suspected indoctrinators. UG seems to have started this approach after the recent attacks in Kampala. Just saying. Not necessarily condoning or the human rights advocates would be unhappy.