I Would Rather Go to Jail Than Return Jimi Wanjigi's Firearms, DCI George Kinoti Says 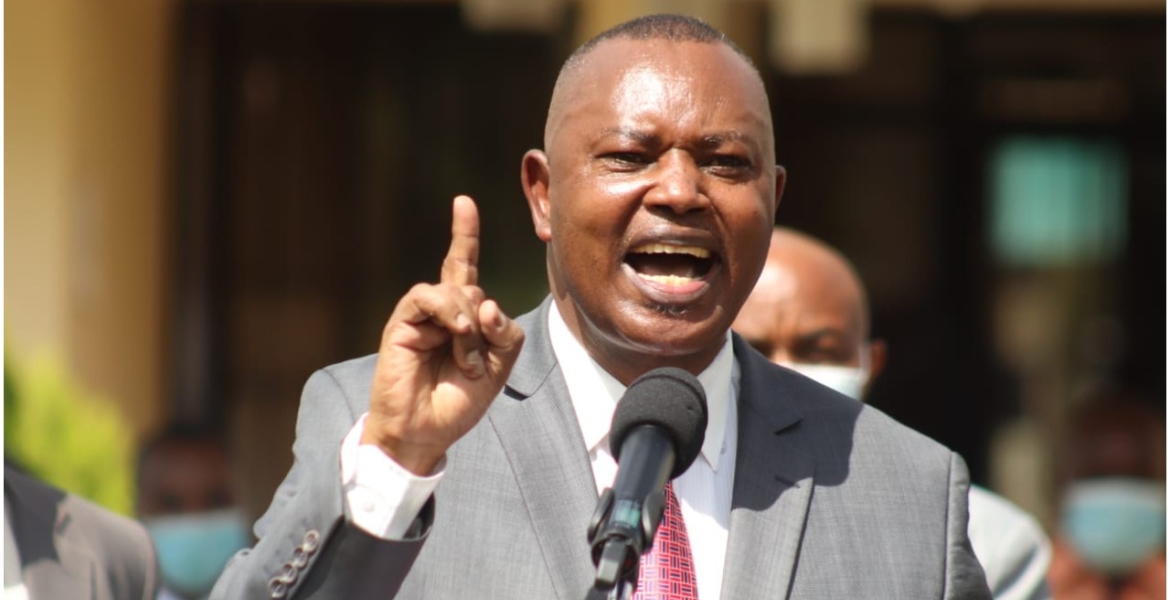 Director of Criminal Investigations (DCI) George Kinoti has spoken out after he was sentenced to four months in prison over contempt of court.

Kinoti says he does not have custody of the said firearms, adding that the right authority to question is the Firearms Licensing Board.

"The petitioner and the judge know it's the board that is the custodian of civilian firearms. But instead of the court asking the right authority, they turn to Kinoti,” Kinoti told Sunday Nation.

“What is the nexus between the DCI and the person whose license was revoked? The DCI, even if he is jailed for 100 years, can't give Wanjigi firearms he doesn't have," he added.

Kinoti stated that even if the guns were in his possession, he would never return them to Wanjigi because they are prohibited and can only be used by special forces.

"Even if the DCI had the firearms, and gave them back to Wanjigi, he would be breaking the law as the license to have the guns has been revoked. Some of the guns confiscated during the raid are prohibited firearms as they belong to special forces. Why would a judge order that such be returned to a civilian?"

“There was no evidence to show that Wanjigi had appealed, in accordance with the law, to have the license reinstated. I am ready to go to jail,” he added.

Asked whether he will appeal the ruling, Kinoti said the Attorney-General will handle the matter.

Kenyans can be licensed to carry small firearms and specific ones are usually endorsed in the license. Prohibited firearms in Kenya include AR-15’s, AK’s and Sub Machine guns and other Full Auto rifles. These were the ones confiscated from Wanjigi and civilians are NOT allowed to own or operate these ones! Why did have these in his house in his possession? OR is he a mercenary or above the law? Only military or other govt special forces are trained and allowed to use these. His license was revoked because he violated the terms of that license. I am licensed to carry a firearm in Kenya. And I own 2 small glocks!!

Proud of you Mr. Kinoti. The judge is a corrupt idiot, o am sure he got paid to rule so.

The law is on your side!

Not only the law alone,but peace loving Kenyans(although I am not their spokesman)Afandi Kinoti seems to understand and interpret the law better than Chacha and Mrima who seem to have been taught the bank teller’s job(majoring on counting at the SCHOOL OF LAW.How can anybody allow a military guns to a thug?JSC has a duty of investigating these fools.

Why would anyone be in possession of a sniper's firearm with a high clarity scope?

At one point one has to stand for something. These corrupt judges have become worse than terrorists. Thank you Mr. Kinoti!

The ODM military wing,Al Shabaab killers should raid gangster Wanjigi’s home to get the guns if returned to him.

Why does konoti like arguing his cases in press conference. Go back and appeal or AG can do that 4 u. Judges will keep on doing their thing in courts whether corrupt or not

He filed an appeal on Friday and the appeal was dismissed. Kindly google.

This idiot deserves to be locked up and sent back to his mashambani village.