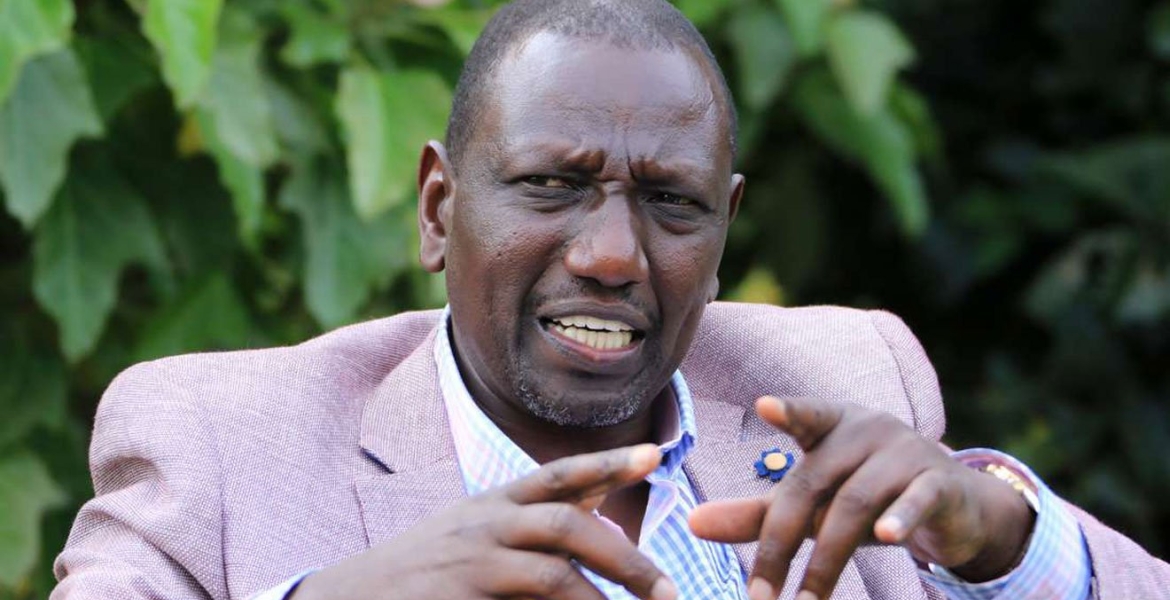 Deputy President William Ruto has dismissed claims that he has been engaging in early 2022 campaigns.

Ruto says he is yet to start campaigns for next year’s presidential election and is waiting for the green light from the Independent Electoral and Boundaries Commission (IEBC).

Speaking at his Karen residence on Monday, the deputy president said the rallies he has been holding across the country in the past four years should not be mistaken for campaigns. He said his countrywide meetings are not campaigns but meet the people tour meant to seek and understand their views on government development projects, which is part of his mandate.

“I haven’t started the campaign because the campaign period is not yet announced by IEBC. What you have seen me do is to do my mandate; speaking to people, understanding their issues, assessing the extent of our government programs,” he said.

He added: “Feedback from the public constitutes public participation and it is a constitutional provision, so when you see me in various parts of the country, it is because I am the deputy president and we have government projects all over the country.”

Ruto, who is campaigning to be president under the United Democratic Alliance (UDA) party, has been traversing the country promising to revamp the country’s economy through the bottom-up economic model.

Last week, IEBC warned aspirants and political parties against participating in early campaigns ahead of next year’s elections.

who is fooling who?

Huyu ndugu yetu (Samoei) anaposema, "...he is yet to start campaigns for next year’s presidential election and is waiting for the green light from the Independent Electoral and Boundaries Commission (IEBC)." Maneno kama haya yanaonyesha wazi ya kwamba, anafikiri WaKenya ni wajinga.

Do not accept handouts...

It is bad to lie in front of millions. Everyone knows you have been campaigning for months and you have abandoned your DP duties. Are you also lying to the Hustlers? It appears!

Keep campaign going as Chebukati is goofying around with useless teeth

Ruto, Kenya has shortage of fools! This man is a very pathological liar, lying ‘OPENLY’ through his teeth! Ngiri hii!

I have evidentiary proof that "Ruto is a killer".

Break that curse, and be FREE!

RUTO WILLUAM Is a killing machine...

This foolish man thinks Kenyans are stupid as he is, and blind! The king of corruption is now denying the obvious truth!

Well, let me take that back! I think Kenyans are just stupid because they are allowing themselves to get conned by a mad DP Ruto! So long Kenyans ……….

Damn fool from Sugoi! And this is the kind of politician lawyers like Nelson Havi is licking his ass! Demons are truly very real! And DP Ruto is one big Demon Kenyans must condemn to the pits of hell!

This motherfucker thinks Kenyans are stupid. He has not been campaigning? An out right lie and he wants to be the president? This is one reason no sane person in Kenya should vote for him. Which government function requires him to promote UDA when he's a DP in a Jubilee government? Every time Ruto opens his mouth, he talks about what he will do when he takes over the next government, not what he's doing as a DP! Is that not campaigning? And this bottom-up shit, when is he going to implement it? Is that not his campaign slogan?

I think Kenyans are very stupid because the get deceived and bribed to vote for murderers like Ruto! How many other stupid politicians and clergy are following Ruto blindly for their own benefits.

The clergy have compromised the oath of service to Gods because of stolen many! I hope Ruto is taken off the map this time around!

Nonsense. Ruto you are a liar. You think Kenyans are fools? You are the fool and that’s why you will never be President. After campaigning for 4 years, you can only garner 38% rating? You are a loser. Liars have 40 days. Your time is up!

If he becomes president he will also abandon his job.
He’s unfit.

Raila Odinga is also unfit. He is trying to revive the unconstitutional BBI.
He does not support the constitution.

He lies and denies so much that he can’t tell when he’s lying. We are in the middle of a global pandemic. What has this man done to help Kenya mitigate this issue? All he does is campaign and campaign.

He abandoned his job.

A political campaign is an act of asking the electorate for votes either directly or otherwise. Fine WSR does not officially have a running mate but he has ostensibly been seeking votes for the last 4 years. I bet he also campaigns in his sleep. This dude is politicking 24/7. Wonder when he works. Apparently the hoi polloi is ignorant and doesn’t know what lies beneath that buck teeth sneering smile.

Why did Deputy President William Ruto fall short of touring Kenya during the five years of his first term in office as Deputy President, which was the best time to tour Kenya, in order to understand people's problems? Why did Deputy President William Ruto choose to tour Kenya to speak to people, understand their issues, assess the extent of the development programs, during at a time when the portfolio of running and managing development projects have been the responsibility of CS Fred Matiangi?. Does he think that Kenyans are deaf and they don't listen and hear his speeches as he been tangatangaring all over Kenya? There has never been any Kenyan, who ever, treated Kenyans as fools, as Deputy President William has been doing to Kenyans and mostly to the Kenyan youth, for the last four years.

" Those who do no5t remember their past, are condemned to repeat it.