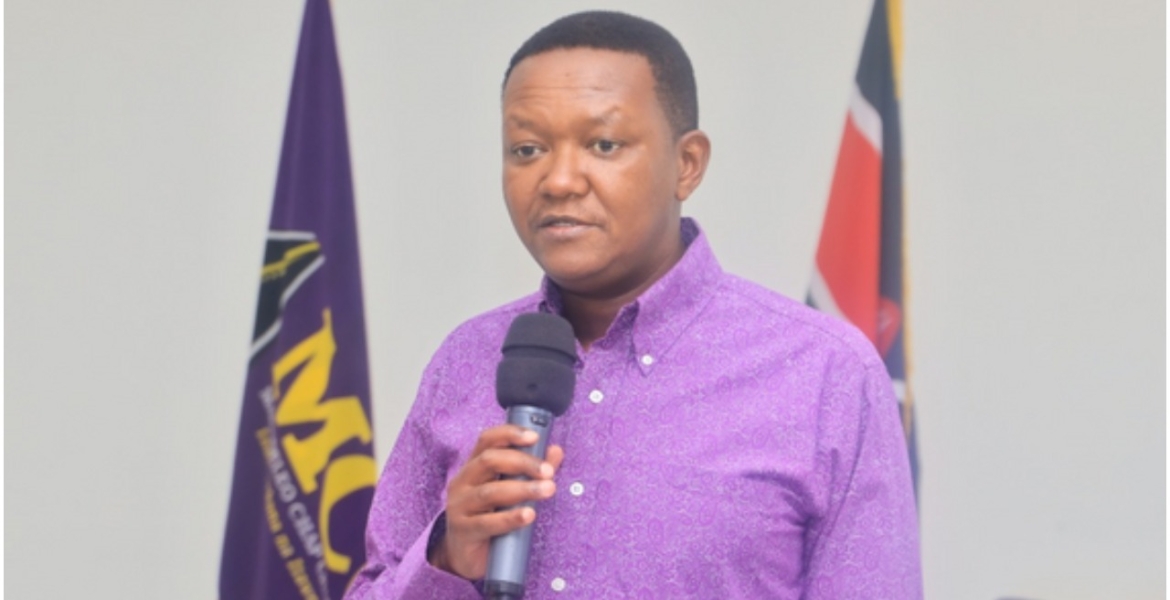 Mutua, who is the leader of the Maendeleo Chap Chap (MCC) party, says he was kept in the dark on the Azimio La Umoja-One Kenya coalition affairs, adding that their efforts to access the agreement signed with 26 affiliate parties to understand its terms was in vain.

“As a party, we have been excluded from Azimio line-ups, campaign programs, and funding. We have also not been shown, or even allowed to discuss what our roles would be after the elections. This lack of clarity plus the sidelining has sent a very clear message to us: akufukuzaye hakwambii toka,” Mutua told reporters at a Nairobi hotel on Monday.

The two-term governor divulged that his party signed a deal with the Kenya Kwanza alliance on Sunday night and they were immediately given copies of the agreement.

The August 09, 2022, election should be postponed until a certain very important function is completed and finalized.
Why? This will give time for Mr. Haji (Director of Public Prosecutions of Kenya), Mr. Kinoti (Director of Criminal Investigations) and members of EACC (Ethics and Anti-Corruption Commission) thoroughly vet all potential candidates before they are unleashed to the financially vulnerable, innocent, misinformed, and unsuspecting voters to vote for thieves, incorrigible liars, rapists, con artists, financial swindlers, land grabbers, insatiable and greedy gangsters as leaders of our country.

Dude looks like a punk .
We don't need you little ass , Baba is good .

This is exactly what they did in 2017 & still Raila had more votes.

William Ruto & Uhuru Kenyatta do not have votes. They just have paid journalist, bloggers & bots.

Mutua is the last guy I had thought he cared about Kenyans to join DP WSR, a man he has called a huge thief in public forums.

Kenyans must take note of Mutua’s actions which depict that politicians they elect to serve them are mere prostitutes who look at the available green pastures to satisfy their material needs.

Mutua is now one of Ruto’s concubines simply because of greed.

Mutua was given copies so he can know how much looted money he will get from lootall. Kenyans have now been mortgaged by every body they had hope to trust. RAO must be very careful of these fony moles wrecking Azimio from within. The next to exit Azimio is Kalonzo. You can never trust a Kamba. They go under when the signs of shillings is flashed in their face.

BBI was described by critics as way of creating position for the chosen ones. Now what are those coalition deals for if not power position? Why can't someone stick to one principle and ideology even though you speculate you gonna loose.
They are all political prostitute.

I agree. The politicians cares less about Kenyans.

@Bmore - Did you call them (politicians) prostitutes? Believe me they are worse than prostitutes. Mutua must have received lots of cursed money from Ruto.

Mutua is the last guy I would have thought he will act like a watermelon. He is worse than Kalonzo’s indecisiveness.

Lillian should slap this dude across his damn face - kikuyu woman style!

How can you blame Lilian for leaving this man who is politicking for his own gain? Simply kigeugeu.

Mutua must either be stupid or insane based on many maddening names he has called WSR. He has told us kenya can’t afford a Ruto presidency because he is a thief and much more… what has now changed about Ruto?

Mutua is typical of the other politicians congregating around Ruto. They all know he is going to lose but are hoping to ride on the supposedly popular national UDA wave. They don't care about Ruto or you as a voter, they care about themselves and on a good day, they might care for their mipango ya kando.

Mutua is a paid spy for WSR. The guy sold Kenyans over bloody money just like Judas Escariot did to Jesus, the son of God.

Only Lilian Nganga can help in explaining this betraying dude Mutua. He has betrayed many (first wife and kids, Lillian, etc) before. So he is used to turning tables because no one can count on him.

Operation weaken Raila must go on as planned by his Judas aka Uhuru. We need more outbursts by head of state.

We kindly urge Mutua to return all the hotel shares belonging to Lillian that he illegally transferred to his sister before he can start sorting out the other corruption cases.