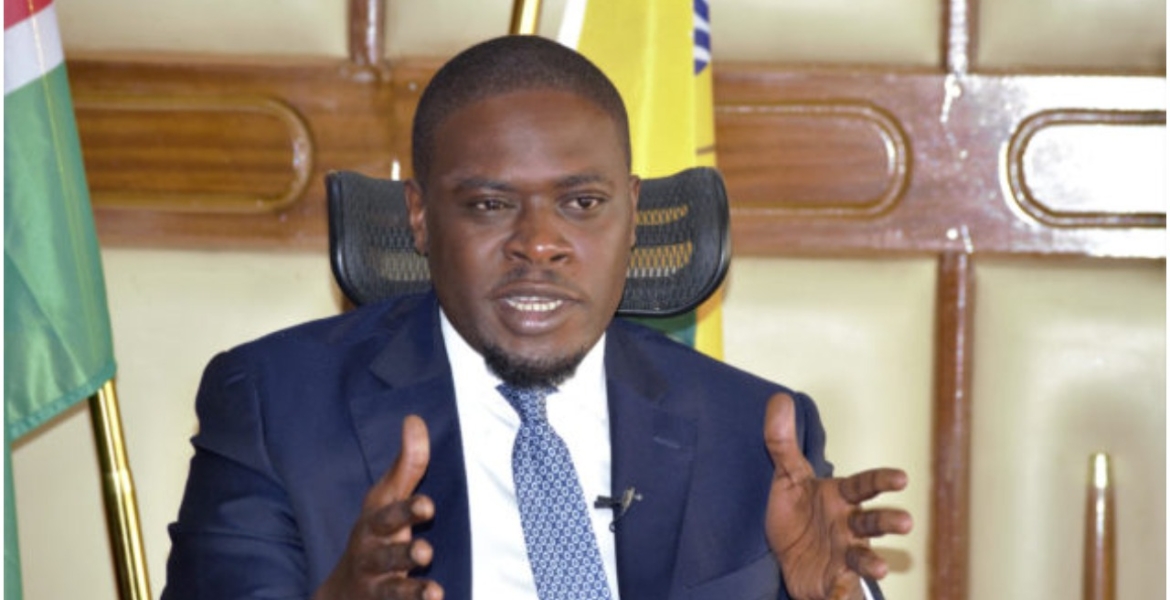 Senator Johnson Sakaja has promised to copy the administration system of New York City in the United States if he is elected Nairobi governor on August 9th.

Sakaja, who is eyeing the city gubernatorial seat on a United Democratic Alliance (UDA) ticket, says he will divide Nairobi into boroughs just like New York City to further decentralize the county’s leadership.

“To bring services closer to the people, I will decentralize Nairobi’s management further. I will create four boroughs [East, West, North, and South] and appoint city managers for each to deal with the specific needs of every part of the city. Once Nairobi works Kenya works,” he told Capital FM on Wednesday.

New York City has five boroughs each represented by a president, who acts as a spokesman, advocate, and ceremonial leader of the region. The five borough presidents have budgets and appoint members of the advisory community boards in the city's various districts.

The Urban Areas and Cities Act, 2011 allows county governments to divide their regions and appoint City or Municipal Managers to be in charge of specific areas.

Further to this, Sakaja says he will ensure that all services offered in City Hall are devolved to the 17 Sub-county offices and online for ease of doing business.

“Nairobi will work if we step down accountability, take delivery one step lower, and ensure availability of resources,” he added.

Citing Rwanda as inspiration, Sakaja also says his administration will do away with slums and put up high-rise buildings as part of the efforts to improve the living standards of city residents.

“I don’t believe in slum upgrading because there is no better slum. I believe in slum eradication through the silo system, like what Kagame has done. We get the first phase of high rise buildings and move them, and where we have moved people we seal it so that no other mabatis come up,” he said.

Copy? Where you originality sir? You can borrow ideas, but, can’t copy and paste.

What we need are accountable leaders and questioning citizens not copying and pasting what advanced countries with strong social institutions do. Kumbafu Sakaja ideas.

@Mlandizi, you said it-Strong institutions.It does not matter what system you employ so long as you have weak institutions in governance no sustainable development shall be achieved.Our institutions are weak because our leaders are corrupt,unethical,and low integrity.This is not to say that strong institutions do not have corruption. Yes they do but since they are grounded on strong foundations, the fault lines are quickly identified and fixed.

Does he have the money?

Sakaja has promised to give every Nairobi resident a chicken if elected governor of Nairobi. This is a good idea as it will boast Nairobi economy for those that want to keep the chicken or protein for those who want to eat them

Politicians must learn to be serious issue based and stop exciting voters with silly tokens. The money Sakaja will use to buy the chicken will be stolen from the county coffers. These kinds of leaders are a liability to the people.

How or where exactly will you place the over 2 million people who live in Kibra otherwise known as Kibera.Where will the money to build this high rises come from.No one likes to live in a mabati house so when you demolish these structures where will these people go.Devolution and outsourcing are two different things.Look at NMS and what they are doing .That is what it came to since Sonko alishindwa na kazi Devolution is the 47 county and MCA mess we see today.From the governor to all his cohorts they are stealing the counties blind.Mtoto wa nyoka ni nyoka with Ruto as your mentor he has “schooled you on how to steal with abandon while shielding yourself behind devolution.Shifting responsibility whereby no one is responsible but we all get to “eat”but since am at the top I get to “eat more”.Have you been to the projects of New York and see how these folks live .There is nothing glamorous about it stop believing everything you see on TV.I am of the opinion that NMS should continue .Nairobi does not need a governor NMS has proved it.

Leaders don’t copy and paste or plagiarize. They innovate and bring ideas. New York evolved overtime and was not created over night. Please stop selling your unilateral pipe dream to naive Kenyans who have never set foot in New York and even have a clue what a borough is. Chopping up and dividing Nairobi is the not the solution. Create jobs, feed the people, provide better healthcare etc and stop making empty promises. Give the people what they need.

Used to think this dude was smart. Everyone with Ruto is an idiot.

Please say that again! Ruto is a colossal thief and he has taught the UDAku club of thieves to tell hot air lies like Sakaja is now doing here. Voting for Ruto and Sakaja will be the biggest tragedy Kenya will face going forward. You can’t have known thieves lumped in one party let by the most scandalous thief WSR and expect the country to develop. Sakaja is telling lies and he is confused about what Nairobi needs to grown as an international business hub.

You recently told us what Ruto was suggesting with button up was way overpriced. Now you have joined Ruto, the excesses of spending g have gone out of your mind. Where is the money to make Nairobi to look like Yew York going to come from? Wacha porojo Sakaja.

This weed smoker with a crooked smile is lying

@seneca say you are lying Sakaja. It must be true since he used to bang @seneca. It’s all about kiss and tell for seneca. But she knows Sakaja is telling lies.

Mr Sakaja u don’t need to copy this usa crap.Why do we the blacks always want to copy the mzungus way.Why don’t we come with our unique way.Everything copy mzungu Kwani akili zetu nyeusi zinakuwanga zimekufa