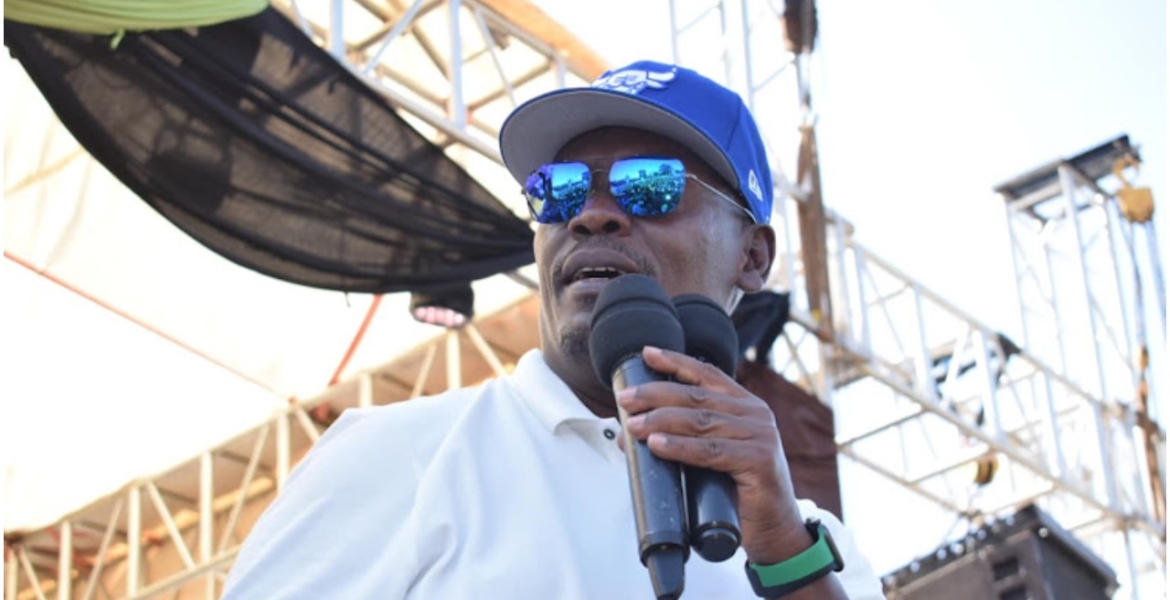 Former Kiambu Governor William Kabogo has threatened to withdraw his support for Deputy President William Ruto over a power-sharing deal within the Kenya Kwanza alliance.

In the deal, ANC leader Musalia Mudavadi will take up the Prime Cabinet Secretary position should Kenya Kwanza win the August 9th elections while his Ford-Kenya counterpart Moses Wetang’ula will become Speaker of the National Assembly.

Mudavadi and Wetang’ula will take up 30 percent of the government, and will propose several cabinet secretaries, principal secretaries, and ambassadors, among other positions. The president and deputy president positions are reserved for Ruto’s United Democratic Alliance (UDA) party.

Addressing a public rally in Thika on Thursday, Kabogo said the power-sharing deal contained in a coalition agreement deposited with the Registrar of Political Parties does not specify what the Mount Kenya region will get and wants Ruto to shed some light on the matter.

"I want to send a message. I have seen the coalition agreement between UDA, Ford Kenya, and ANC. When I met the deputy president in Dubai, I told him I don't want anything from his government. The only thing I want is for you to share resources based on the population to ensure the Mt Kenya region gets its fair share of the government revenue,” said Kabogo.

"I didn't see that in the coalition agreement. If that is not rectified to capture the interest of the people living in Mt Kenya, then we will have to leave.”

Kabogo, who is the leader of the Tujibebe Wakenya party, warned that he will leave the alliance if Ruto's power structure is not revised to include the people of the Mt. Kenya region.

“We will ditch the (Kenya Kwanza) coalition, even if only 10 of us agree to leave. And, thereafter, Kenyans will know what I had seen that necessitated my exit from Kenya Kwanza,” he added.

What kabogo is saying is being whispered throughout Mount Kenya. The Kikuyus know that Ruto can not be trusted.

He is a nyayo error smooth operator who is luring Kikuyus for the votes only but finally he will ultimately finish them all; Kabogo, Moses Kuria, Ndindi Nyoro, watangi, Rigathi, Waiguru, Susan kihika, etc included. These are the traitors who are selling the larger kikuyu community because Ruto has bribed them for their allegiance. They have been given bloody money to sell their own people.

Kikuyus can play stupid by voting for Ruto but it will not take long for Ruto to turn around and eliminate them one by one just like he did to Juma, Yebei, Muteshi, Kenei, and those others who have disappeared with a trace in the hands of Ruto. Muna Cheza na moto! Ruto is a crook with a heart of demonic stones.

Is it now that kabogo just woke up from the deep sleep to realize that Ruto is a traitor? Stop selling your people short by taking them to a man who have already killed your women and children. This talk about me, myself and I when making evil deals with Ruto to gratify your greed must come to an end. Kenyan does not belong to only a few thieves whose interest is positions without thinking about the community. Do you have children kabogo?? Nonsense!

How does kabogo sleep at night while knowing he is selling the Kikuyus to a vampire thief and murderer? These UDAku thieves must be rejected. They have no shame. Just look at a young guy Mutua acting so stupid like a goddam kid. These folks are in UDAku for their shit filled stomach.

Kabogo may sound like he is fighting for the interests of his people but truth be told, he is fighting for himself. He is trying to put pressure on Ruto into being invited to the negotiating table to get a piece of a future government position should UDA win. Kumbafu.

Kabogo is a relic of the past. Done deal!!!