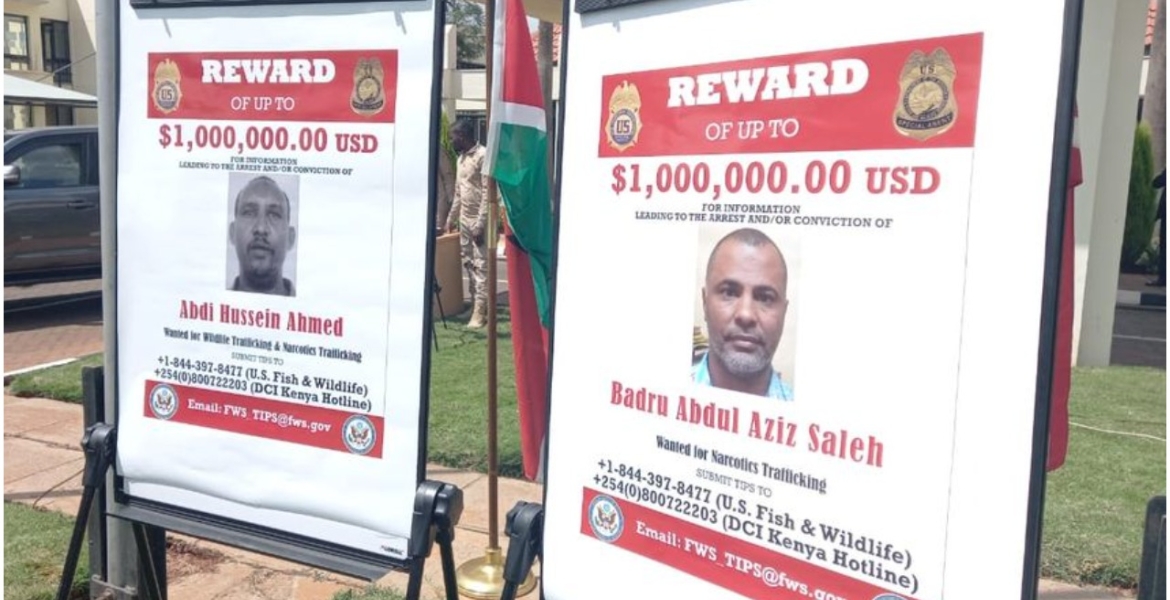 The United States government has offered a $2 million (Sh233 million) cash reward for information leading to the arrest of two Kenyan nationals wanted for trafficking wildlife and narcotics.

Abdi Hussein Ahmed and Badru Abdul Aziz Saleh are said to be part of an international organized criminal network that trafficked wildlife and sought to traffic illicit drugs to the US.

The two are accused of conspiring to smuggle at least 190 kilos of rhino horns and 10 tonnes of ivory from different countries in Africa.

"Eradicating drug and wildlife trafficking are priorities of the Biden administration. We are grateful for the continued partnership of the Government of Kenya to capture and arrest members of these criminal networks," said Eric Kneedler, the Chargé d'Affaires at the US Embassy in Nairobi.

Kneedler spoke during a press briefing at the Directorate of Criminal Investigations (DCI) headquarters in Nairobi on Thursday, flanked by DCI director George Kinoti, who called on all actors in the justice system to assist in the arrest and prosecution of the two suspects.

"America has played a great role in facilitating tracking of criminal networks. What we have here today is an example of our integrated approach that is -oriented to deal effectively with these criminal networks," said Kinoti.

With that kind of money there is no where in the whole world this goons will hide even there own families will turn them in . I would...