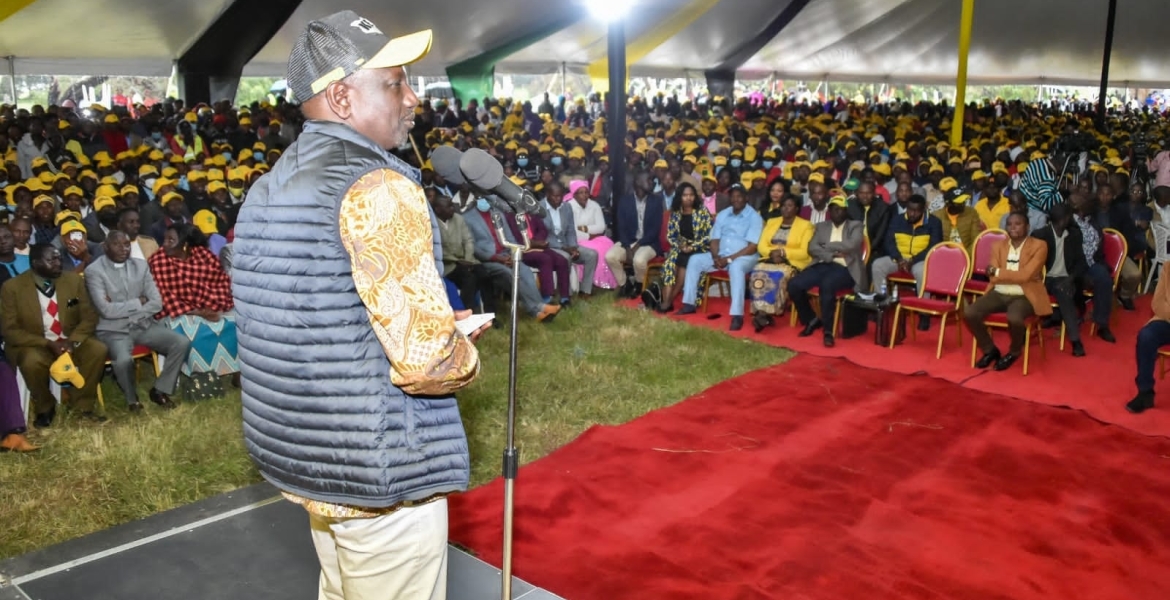 Journalists were on Monday kicked out of a United Democratic Alliance (UDA) meeting in Nakuru following an order by Deputy President William Ruto.

Ruto, who is eyeing the presidency in the upcoming elections, was meeting a group of UDA leaders at Hugo farm in Njoro, Nakuru to deliberate on how to consolidate his support in the county ahead of the August 9th elections.

The deputy president was giving his speech when he suddenly ordered his security detail to eject members of the fourth estate from the meeting to allow attendants to discuss “crucial matters”.

"These media houses...why do we have media houses here? Nani aliwaleta hapa (Who allowed them in?). Tokeni kwanza bwana ndio tuongee mambo ya maana (Please leave so we can discuss important issues)," Ruto ordered as quoted by Nation.

Reporters from various media stations spent more than four hours outside the venue of the meeting waiting to be briefed after the event.

Before the journalists were ejected, Ruto was explaining his decision to shelve his presidential ambitions ahead of the 2013 elections in favor of President Kenyatta.

"In 2012, I had decided to vie for the presidency, but l asked myself...Which position can l take? I established l can take position three after Uhuru Kenyatta and Raila Odinga," he recalled.

But after soul searching, Ruto said, he decided to join forces with Kenyatta and went on to defeat their main competitor Raila Odinga.

"It is because of peace that we decided to join hands ahead of 2013. I had the capacity to vie for the presidency but l decided to put Kenya first to end the acrimony between Rift Valley people and Mount Kenya then for the good of the country," he narrated.

Ruto does everything in secrecy. In 2007, He kicked all the journalists out of the Rift Valley before he set 37 kikuyu women and many Toddlers on fire inside the Kiambaa church. Locking journalists out is something Ruto is known to do whenever he wants to commit a crime.

What capacity.. Look at this derranged murderer speaking. This is exactly how Ruto speaks and puts out orders. Dictator kamili. I can almost hear him as if it was yesterday ordering Kalenjins and Nandis to "Ondoa MADOADOA yote from Rift Valley!" Madoadoa meaning Kisiis, Kikiyus Kambas. My grandpa died cursing this man. And a section of Kenyans have made him believe that he can rule over Kenya. You will regret it with your life. Ruto is taking advantage of Kenyans short memory and the desire to move on swiftly when tragic things happen. This man is dangerous worse than moi.