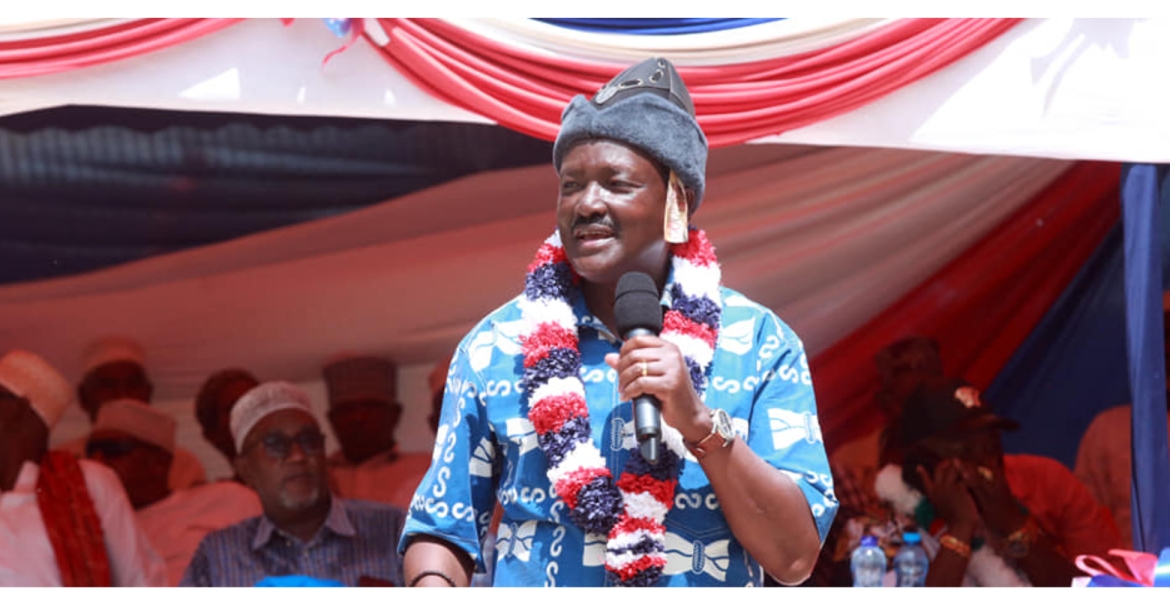 Speaking during a campaign rally in Kitui County on Saturday, Ruto promised to give Kalonzo a position in his government if he agrees to cut ties with Azimio La Umoja presidential candidate Raila Odinga ahead of the August 9th elections.

Ruto, who is eyeing the presidency under the UDA party and Kenya Kwanza Alliance, said he was ready to ‘save’ Kalonzo from the Azimio camp, claiming that Raila has repeatedly disrespected and betrayed him.

"Kalonzo has been mistreated by Raila. He first lied to him that if he backs his bid he will return the favor. After supporting him he told Kalonzo it is impossible he has already chosen Martha Karua. I want to end Kalonzo's troubles...I know he does not like me but I am ready to save him from Raila," Ruto said.

In response, Kalonzo asked the deputy president to stop speaking about his political affairs and instead focus on drumming up support for his State House bid. The Wiper leader also dismissed claims that he has been deceived by Raila, insisting that he is not interested in any job offer from Ruto.

"Ruto has gone to my home turf and he is saying that Kalonzo has been deceived by Raila. Also yesterday he spoke with so much anger in Kapsabet telling President Kenyatta to leave him alone. I also want to tell him to leave me alone," Kalonzo said during an Azimio rally in Narok on Saturday.

He added: "Look for your votes without using the name of Kalonzo. It is not about Kalonzo but about the man we want to be the 5th president of the republic of Kenya. Pilipili usiyoila inakuwashia nini?"

kalonzo has no plan, directions or balls...period!

Cool Kalonzo tell him name calling is not the way his speech was full of anger...I wonder what happens after he looses...come to rewind Atwoli saying watu wa Sogoi wakate miti na no supplies of robes to Sigoi...Someone Somewhere Somehow...might be looking for that option