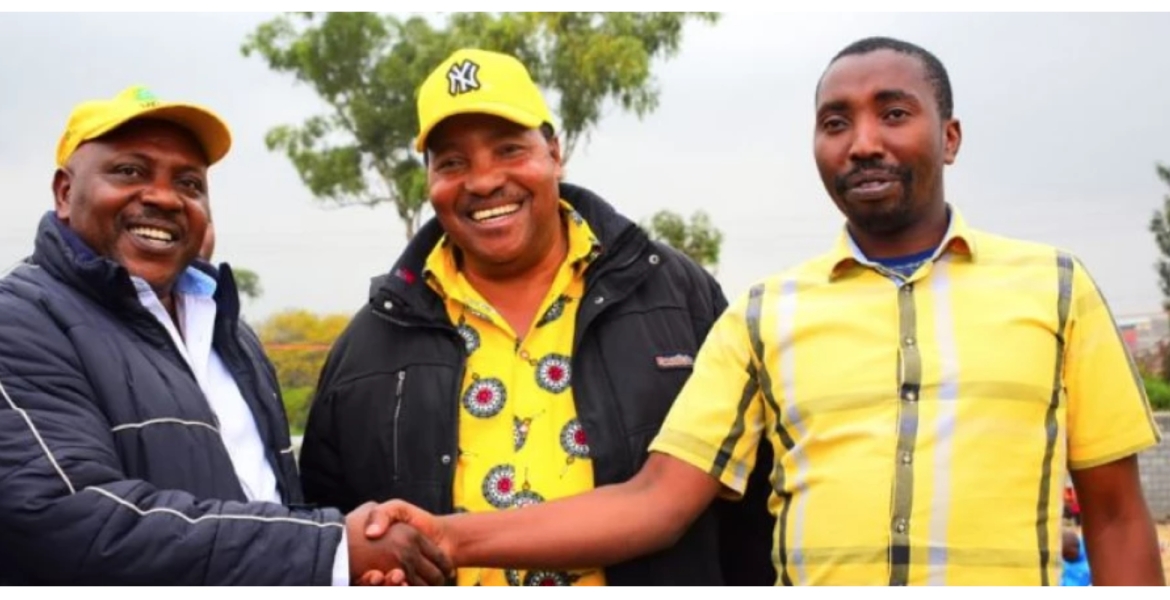 Jubilee Party candidate for the Embakasi East Parliamentary seat Maina Waruinge has dropped his bid and declared support for his rival Francis Mureithi of the United Democratic Alliance (UDA) party.

Waruinge officially endorsed Mureithi’s bid during a rally in the constituency on Tuesday and was received by UDA leaders led by former Kiambu governor Ferdinand Waititu.

Deputy President William Ruto, who is eyeing the presidency on a UDA party ticket, also made the announcement through his social media pages.

The move comes as a surprise given that Jubilee is one of the affiliate parties of the Raila Odinga-led Azimio La Umoja-One Kenya coalition while UDA is under the Kenya Kwanza Alliance which is headed by Ruto.

Waruinge’s withdrawal from the race means Mureithi will now lock horns with his main rival and incumbent Embakasi East MP Babu Owino, who is contesting on an ODM party ticket. ODM is a member of the Azimio coalition.

Owino clinched the seat in the 2017 elections after amassing 46,817 votes while Mureithi came in second with 42,501 votes.

How did Jubilee support a foolish looking guy like him?