Ruto: August 9th Election is More of a Spiritual Battle Than a Political Contest 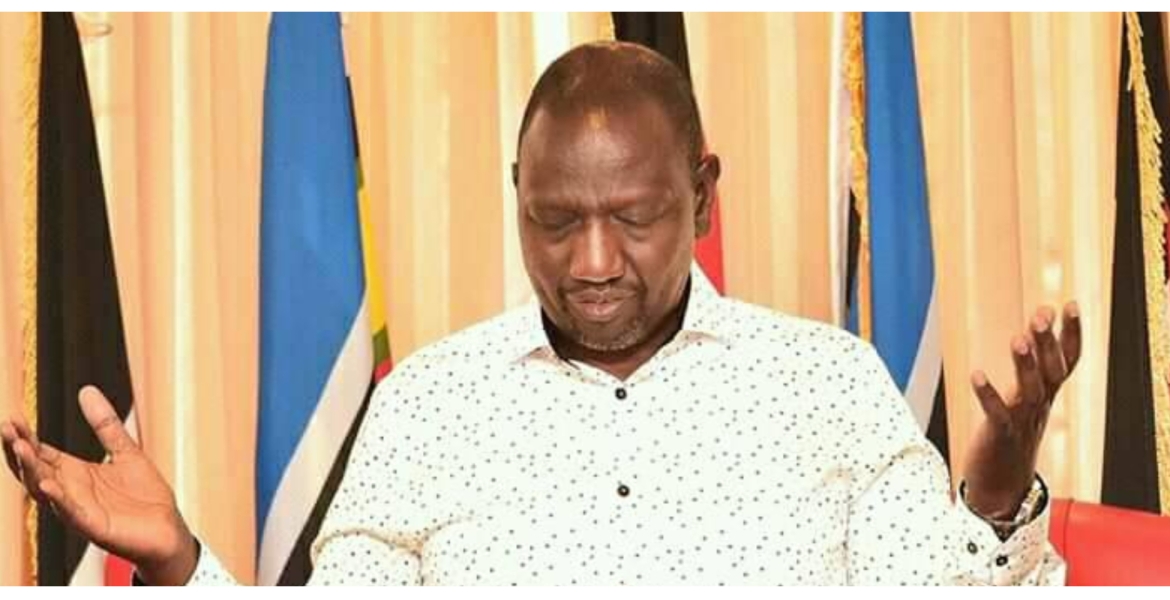 Deputy President William Ruto has termed the August 9th general election is a spiritual battle and not a political contest.

Ruto, who is eyeing the presidency on a UDA party ticket, says this year’s election has taken a different wave, adding that it is the reason why we have “all manner of things” going on.

"I think for the first time in Kenya, this election is more of a spiritual battle than a political contest and that is why we have all manner of things that are going on today," Ruto said during a prayer service held at his official residence in Karen on Tuesday.

He added: "I want to thank many spiritual leaders who have taken a firm position for our country. I must say that we are not ashamed of our God we will stand firm and we will take whatever consequences when we have taken a position on the side of our faith.”

While calling for peaceful elections, the deputy president also reiterated his commitment to concede defeat in case he loses to ensure a smooth transition of power.

"We believe in a united country and we want peace for our nation. I want to ask Kenyans from all walks of life and both sides of the political divide to be peaceful so that we can work together and know that after the elections God's will prevail and we will march forward as one united nation," said Ruto.

Ruto has fashioned himself a pro-church candidate and has pledged to protect religious institutions and safeguard the freedom to worship when he ascends to power.

Last month, Ruto said he will put up a mega chapel at State House if he clinches the presidency after the August 9th general elections.

“We built one at the Hustlers’ Mansion [deputy president official residence], but we had challenges. I believe we will not build like the one we build at the mansion, we will build a bigger one so that this country can continue recognizing the presence of God,” said Ruto.

That's a new one! This presidential contest is all about spirituality and not politics,according to Ruto...Wow! Is he advocating for theocracy?
He must be the only candidate in this spiritual contest.Even though it would be very hard for an atheist to win a presidential election in Kenya...yet,I would be a good idea if candidates professed belief is some deity.Not so much as to appear holy,but to have them measured against what their faith entails.For example if one of the tenets of their faith is,"thou shall not steal,we can hold the"candidate accountable in the even he/she steals.Seems obvious,but with incessant "pilfering - kitu kidogo"of public wealth I wonder if some leaders believe that they have a spiritual mandate to steal.

@Maxiley, Ruto knows how to use religion effectively. When people are in their "spiritual" state...of which I would prefer to call this "hypnotized" state their frontal lobe stops thinking. He has used this method in churches in Mt Kenya efficiently. A few volunteers will be needed to slap these hypnotized victims upside the head on election day to switch on their brains.

Apparently in the Bible, God chose a son of a prostitute from the streets to be His messenger, or lifted Mary Magdalena, a prostitute, to glory or Zachayo the thief. Ruto believes that even he, a common thief will be preferred to lead earthly Kenyans

This is a Spiritual Battle GOD is Fighting for Raila more than them Wish-wash and Wash-wash people we Know.

Look at this fake christian using church to garner votes. But coming to think of it, there is nothing genuine with christianity and the same was used by colonialists all over the world to steal land and kill the indigenous population. That said, Kenya is NOT a one religion country and we should do away with all these fake foreign religions which are so divisive. Thanks @Imara for your continued strong advocate against these foreign religions.

This athiest Devil has now taken into telling lies for sympathies from religious folks. Please Kenyans do not get deceived by a demonic and satanic wsr.

Elect Ruto at your own peril. He will destroy kenya bottom up. All he cares is to get political power and that is why you saw him faking the funk yesterday. This nan is a useless thief and a conman.

I wish ruto was never ashamed of his religion when he killed Juma, Yebei, Kenei, and all the kikuyu women and. Children he burned in kiambaa church in 2007.

The madness we hear from Ruto is amazing. He is the reason people fail to believe in God because of his lies. The Devil is a true liar because Ruro is a Devil aided by his demon possessed pastor Kariuki (meaning a Demon that had died but now has revived to torment others).!

Ashindwe Shetani huyu Ruto! Please our Heaven Father do not allow a murderer and a thief to be the next Kenya’s president. Huyu mwenda wazimu. There is not Godly spirit in wsr. Huyu ni Shetani musalabani. Ashindwe kwa jina la Yesu!!

Ngai uyurii Ruto ni murogi. Please God I lost my relatives in the Kiambaa fire set by Ruto in 2007.

I have relatives in Eldoret and right now they are scared to death because of Ruto asked Kalenjins to fight them.

Mungu weru usikumbari huyu Shetani to become president of Kenya. That is my earnest prayers.

Truly Satan was a true archangel to God. Ruto has practiced all the demonic powers. He want state powers to kill all the kikuyus in Kenya.

He is being aided by lone pastors like Kariuki who he has bribed to sell kikuyus. We pray that Kariuki is hit by lightening so he can die before he sell other Kenyans. God have mercy on all of us.

The you already lost bro

He should be running to be a Church leader not political leader.

You can fool weak men but you can not fool God. Stop using God’s name in vain while you know know you are faking spirituality for earthly things. You want to be president for yourself so bad that crying to fool people is just but a small show biz matter to you. You cried when you and Uhuru won well knowing you had pocketed shs 10 billion plus some other benefits. Keep crying Ruto..

God of Ruto vs witches of Raila. Goliath lost his biggest battle and sure Ruto is destined to floor Raila never to recover again. Who can stand against God's anointed? and win surely.

One day you are praying and the next day matusi ndio hayo, make up your mind which God or gods you subscribe to. Your hypocrisy, emotional nonsense, and drama are enough to disqualify you as the next president.