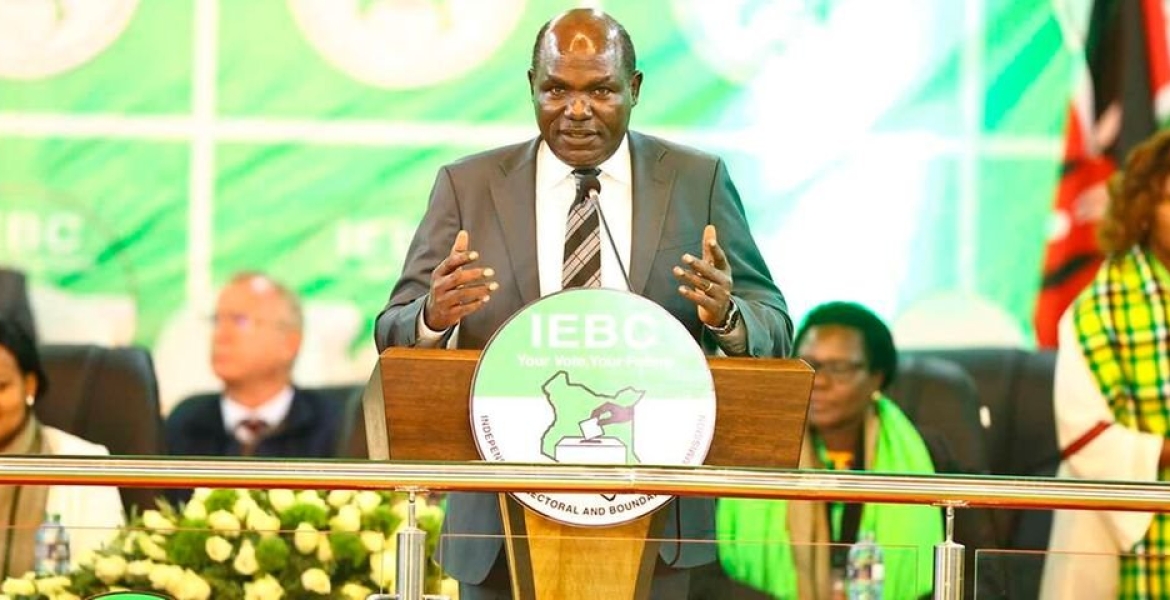 IEBC Chairperson Wafula Chebukati says the official was last seen on Thursday at the East African School of Aviation tallying centre where he had been escorted by his bodyguard.

Musyoka is reported to have excused himself to make a phone call at around 9:45 am but did not return to his workstation.

"Reports received by the commission indicate that at around 9am on Thursday, August 11, Mr. Musyoka as escorted from his house to the tallying centre by his bodyguard," Chebukati said during a media briefing on Friday at the Bomas of Kenya.

Chebukati says efforts by the family and the electoral commission to reach Musyoka via have been unsuccessful and a formal missing person report has been filed at Embakasi Police Station under OB number-24/11/08/2022.

"The commission is deeply concerned about this unfortunate incident and calls upon the relevant security agencies to speeding investigate this matter," said Chebukati.

The constituency’s deputy returning officer has since assumed Musyoka's duties as investigations into his disappearance continue.

Chebukati has called upon the police to conduct speedy investigations into the matter.

Please God let him be safe.Musyoka was along time co- worker, friend ofcourse and neighbor for over 15 years. I know him as an ever smiling happy guy very smart with postgrad edu.Please whoever has him, return him to the family.Cops get him alive.I m hopeful but nervous. Lets pray for his safety.

OMG, I know this guy Musyoka. He was a longtime coworker, friend of course, and neighbor for over 10 years.He was an ever smiling ,easy to go and very smart guy . Please Kinoti bring him alive asap!. Can't imagine how wife and family are now.Please Sir God bring him back alive..Nervous but hopefully. Let's pray for this young Kenyan to be safely returned by whoever the evil idiot is keeping him