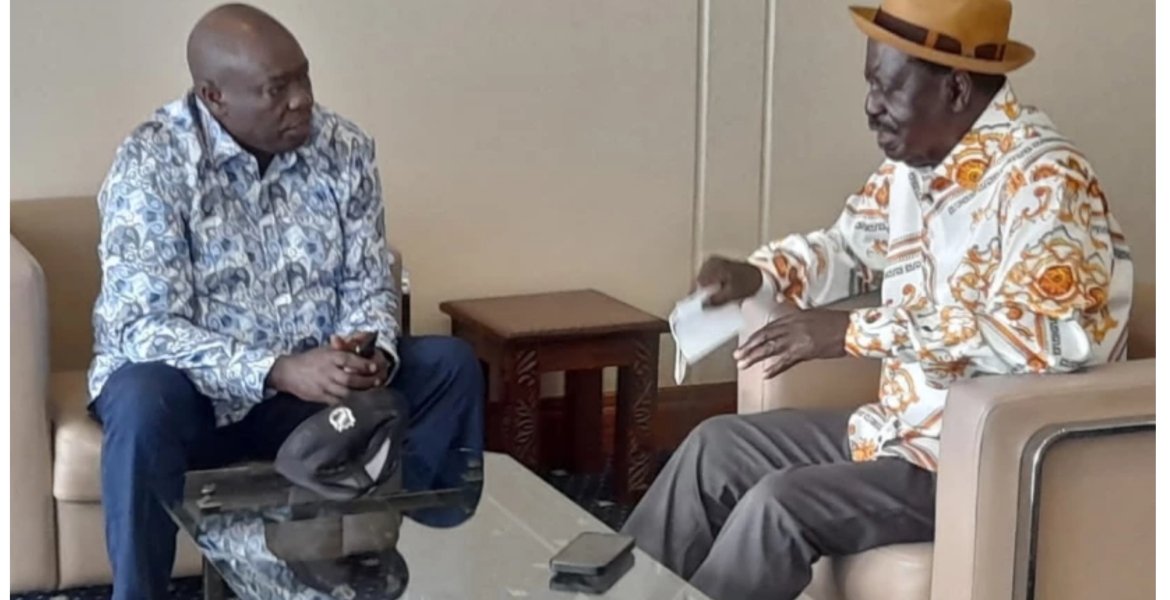 Through his Facebook page, Gachagua indicated that he held private conversations with Odinga, but did not reveal details of what they discussed.

Gachagua arrived in Mombasa on Wednesday to attend an orientation workshop meant to induct newly-elected governors and deputy governors into President Ruto's administration. The three-day event will conclude on Saturday.

On the other hand, Odinga landed in Mombasa on Thursday, where he attended a luncheon hosted by Mombasa Governor Abdulswamad Shariff Nassir following his swearing-in ceremony.

He said he had taken a week-long trip to the Spice island of Zanzibar with his family to "recuperate" and "heal out of shock" after the election defeat.

"I went to recuperate in the Islands of Zanzibar. I took my wife, children, and grandchildren also to go and heal out of the shock that they got as a family,” Odinga explained at the luncheon.

Despite the Supreme Court validating their victory in the August 9th presidential election, Odinga has maintained that President Ruto and Deputy President Gachagua were rigged in.

Heading to spice Island by grace of God. So I too can recuperate from all Kenyan BS.