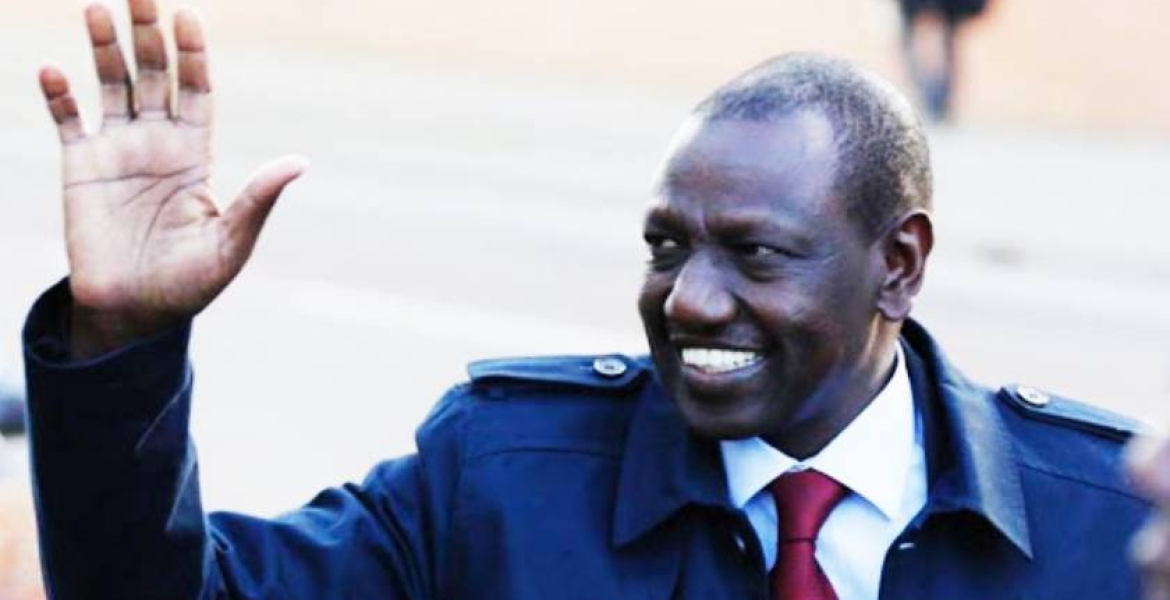 President Ruto left the country on Sunday morning for London to attend the funeral of Her Majesty Queen Elizabeth II, who died on September 8th.

Ruto, who jetted out around 8.00 a.m, will be hosted for dinner by King Charles III and also attend a World Leaders Service on Sunday evening, Citizen Digital reported on Sunday.

On Monday, Ruto will be among the world leaders attending the funeral of Queen Elizabeth II, who will be buried next to her late husband Prince Philip in the King George VI Memorial Chapel.

From the UK, Ruto will fly to the United States for the 77th session of the United Nations General Assembly (UNGA) in New York on Tuesday. Kenya will address the assembly on Wednesday.

While in New York, Ruto is expected to hold talks with President Biden, and also meet captains of the American Chamber of Commerce.

This will be his first official foreign trip since his swearing-in as Kenya's fifth president on September 13th.

Wishing you all the success! If you succeed, Kenya succeeds!

Did you learn in school about the British atrocities in Kenya during the struggle for independence from October 20, 1952, to January 12, 1960?

I don't think so. In honor of the people who lost their lives and land, you should NOT have attended the funeral of the Queen following her death in England. The people where you are now are responsible for:
1. Stealing our traditional best lands
2. Disregarding and disrespecting our traditional names, languages, culture, religions, and history. It is so sad that you still use their English name (William) as your first name.
3. Imprisoning our innocent political liberators and heroes such as Kungu Karumba, Kenyatta, Oneko, Ngei, Kubai, and Kaggia for 7 years.
4. Killing thousands of innocent Kenyans and hanging our savior and redeemer Kimathi wa Ciuri.
5. Making us hate our natural skin color and hair.
Your insensitive trip to the UK shows that we need to introduce in our schools curriculum a course that focuses on "Critical Thinking Skills." This course should be taught from elementary school up to the university.
I sincerely think that you owe an apology for the dead and the living freedom fighters who fought for the Kenyan independence from the British so that you could have an opportunity to be the president of Kenya.

She died wearing a crown with stolen diamonds & gold from Africa. A colonizer.

Those diamonds are from India.

Imara Daima, all you’re saying happened is true. But why in the year 2022 should we live 1956? If this was a norm to be followed, Mandela couldn’t be president. And even when he did he never revenged yet he had the power to do so.
Most of the Americans ran away from Europe for fear of persecution but today the same Europe is the number one American ally.
If we had continued practicing Hammurabi laws, half the whole world would be blind today!

@Imara, The man does not even have a cabinet and he has to fly out less than a week of being sworn as President to attend former colonizer's funeral. Kwani Gachagua could not have done it or he has to be taught some "etiquette"...not my words but Ruto's!! Ruto is very concerned that his fellow criminals do not know how to eat with "fork and knife" while the common Mwananchi is going hungry. This is a joke of a regime. Bandits at best.

My Brother and true friend @ Mugikuyu.
7 million Kenyans voted for these two people. It is sad to see that the 7 million people were not smart enough to see that Samoei and his friend Rigathi were loyal and obedient students of the late professor of politics of dictatorship Dr. Toroitich Arap Moi. I doubt whether they will deviate from the political lessons of dictatorship that they acquired from him.
Already Gachagua is complaining that they inherited a government that is financially broke. How dare Gachagua say that when his friend Samoei was a vice president for 10 years in the same "broke government?"

Ruto just wanted a jet UTAMU as I doubt any member of the families of Kenyans murdered by expired muuaji Elizabeth would wish to be represented in her burial.APOTEE.

President Ruto foreign policy, I'm making alot reservations on this...He has been smart handling his political chase-mind game with his fellow Kenyans, but with foreign policies?? Its different ball game!!....he's still unwise & will cost him heavily!!....Y'all will agree with me!!..

We live with each other because of forgiveness. America was also a British colony and Joe Biden is attending the funeral. Britain is now an ally of Kenya and we should never treat each other based on how we treated each other in the past. Ruto will be in Britain and America to advance and represent the interests of Kenyans. Kenyans living in Britain and America are treated with respect and dignity and not as potential slaves. we all know our past history and if anything , we are now grateful that Ruto will now be given an opportunity to sit and mourn with the new king.

Tell the Brits that it’s way past due to get rid of the feudalism system of racist monarchy of white supremacists and engineers of slavery oppression exploitation murderers of our ancestors and thieves of our natural resources!

You, how Africans heads of States were sardined in a bus like trash by the racist monarchy?!?

I bet if one of you was invited, you would be there! Lol! A wise leader does not let his enemies see his plans! There is torture through the entire world. It does not mean we walk on our toes! It means we move on, not forgetting the past, but building a future that will remind us never to walk that path again. Teaching our generations and letting them understand that the enemy walks and lives amongst them.