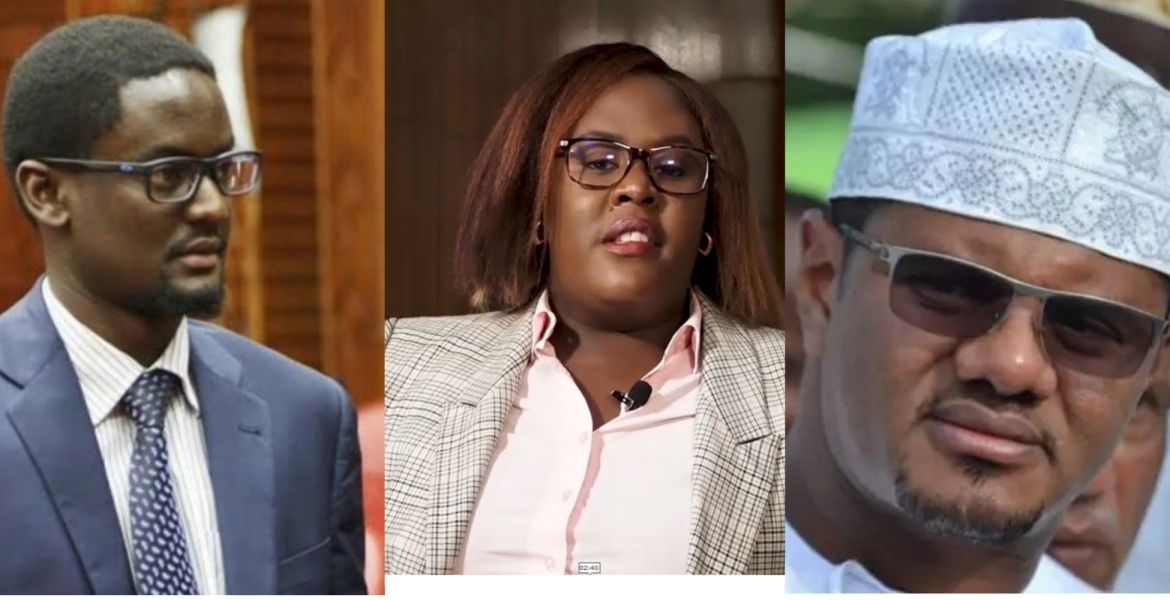 ODM leader Raila Odinga’s daughter Winnie Odinga and Kalonzo Musyoka’s son Kennedy Kalonzo are among the nine MPs who will represent the country in the regional assembly.

The nine MPs were picked from a list of 27 nominees from both the Kenya Kwanza Alliance (15) and the Azimio La Umoja One Kenya coalition party (12).

As members of EALA, the nine are entitled to a monthly gross salary of Sh1.4 million inclusive of allowances, a vehicle provided by the mother country, a free visit to member countries, and travel allowances.

EALA is the legislative organ of the East African Community (EAC) whose responsibilities include liaising with the National Assemblies of the Partner States on matters relating to the Community, debating and approving the budget of the Community, and considering annual reports on the activities of the Community, annual audit reports of the Audit Commission and any other reports referred to it by the Council.

Raila and Kalonzo are also part of the problem. These folks all play from the same rule book. Only kibaki hasn’t shown us this nonsense of pushing their kids in shit they’re not qualified for. I didn’t even think Uhuru kids were rolling like this. Kazi ya Raila, Kalonzo and Ruto daughter with a hairline starting in the middle of her skull.

A gross salary of 1.4 million to do what.It looks like this is where politicians send their kids to test the waters and others appear to be political failures aka did not get elected.How does the EAC benefit regular mwanainchi they could not get Martha Karua to overturn the Kenyan elections just like most embassies over here set up for appearance purposes only no meaningful work goes on.

Kweli Kenya is owned by the chosen few.

It is surprising that even ODM/Raila supporters have started questioning why Kenya(ns) waste their limited resources on luxuries.Some of us have complained for years about 48 extremely expensive,corrupt counties,senate,bloated non-performing government etc.Why 426 MPs,senators & 94 governors+ deputies in a country facing hunger and reversing economy?How will billionaire Kenyans recover looted trillions loans borrowed to pay idle staff?Anybody including MPs campaigning to increase counties should FACE THE FIRING SQUAD.

This is sickening. Being paid to do nothing.

The politicians are schemers and know where their bread is buttered on their way out they introduce the kids to gravy train.
We shall always have two tribes in Kenya the "Haves" and the "have Nots".Starting pay Kshs.1.4 million + hefty allowances and benefits na bado unalala kwa buda"
Watch this space