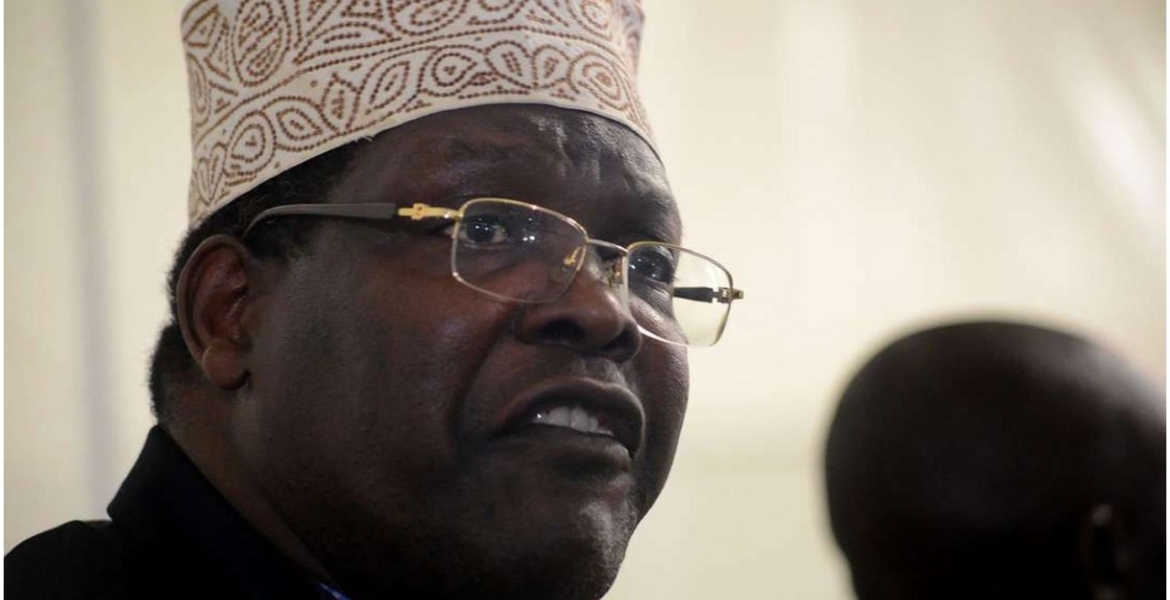 Lawyer Miguna Miguna has weighed in on the debate about the government’s move to allow the importation of genetically modified maize.

On Thursday, Trade Cabinet Secretary Moses Kuria announced the government will allow the import of six million bags of both GMO and no-GMO maize in the next six months to mitigate the food shortage caused by the ongoing drought in the country.

The announcement came a month after the government lifted a 10-year ban on the cultivation and importation of genetically modified crops. In a press release, the Cabinet said that the decision was guided by recommendations of a task force on genetically modified foods and food safety and guidelines of the National Biosafety Authority.

Miguna, who returned to the country last month after his deportation in 2018, termed the government’s move to authorize GMO foods as irresponsible and reckless.

“I say a firm no to the mad rush to import GMO maize and other foods to Kenya. I believe that it’s irresponsible and amounts to recklessness on the part of the Kenya Kwanza government,” said Miguna on Twitter.

“Such national policy shifts should be preceded by wide national consultations and debates.”

“It’s a betrayal of our country and our people. The UDA regime will subject Kenyans to unproven and dangerous foods in an attempt to please international interests,” Odinga said.

He further claimed that Ruto’s administration was acting as a puppet for foreign corporations, adding that there is no scientific study showing that GMO foods will benefit the country.

“We challenge the government to show us the study it is relying on to bring us GMO. GMO is a new form of colonialism that will leave us dependent on the foreign nations,” he added.

I am not boarding!

Kale farmers will be the first casualty of imported GMO maize.

Miguna has lived and have been eating GMO foods for more than half of his life in Canada. Today he wants to tell us otherwise. Owing to the fast growing population, crop diseases, climate change and decrease in farmlands, the whole world is gearing towards relying heavily on gmo type foods for the continued animal sustainability

He is home now, hence happy that he can enjoy a delicious meal of matumbo served with naturally grown unga ya mahindi ya kisyagi! Tamuuu kama soda ya mirinda! Leave him alone... he is not boarding!

Suluhu, soda ya mirinda 😀😀. The guy has his two ear’s intact. None has fallen off after eating this thing all these years!

I call that a decent criticism. MM should focus on such issues and pay less attention to RAO

I keep asking why not buy maize from RV first before importing? They are now harvesting

The problem is that the farmers were hoarding the maize in the bid to hike up prices. Now this. Who is to blame?

MM has been eating GMO foods in Canada! What has changed now?