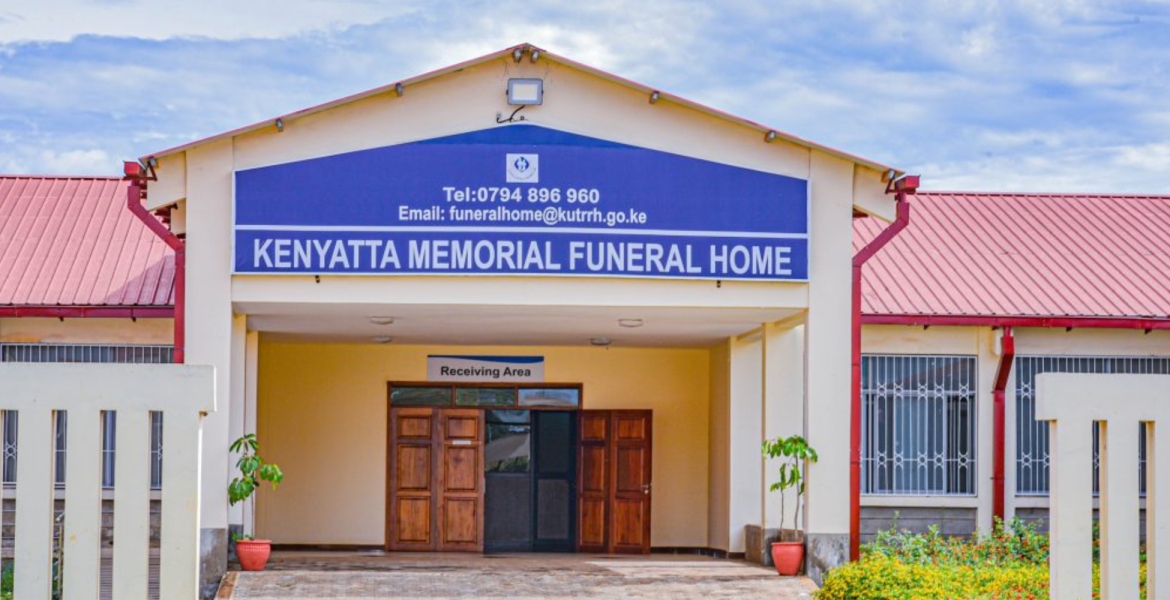 Kenyatta University Teaching, Referral, and Research Hospital (KUTRRH) funeral home has released the body of Kelvin Maina after holding it for eight months over unpaid bills.

Maina was admitted to the hospital in early April after an accident on Eastern Bypass but he died from head injuries while undergoing treatment, leaving behind an unsettled hospital bill totaling Sh1.3 million.

Attempts by the family to raise the huge amount were futile, prompting the hospital to detain his body until the bill is cleared.

“This family has gone through a lot, since April, the bill has now gone up to close to Sh2 million and we have tried to form WhatsApp groups to raise the amount but it has not been successful. They had lost hope and were considering having a mock burial,” Patrick Mugo, a family friend, said.

The hospital released Maina’s remains unconditionally following a case filed at Ruiru magistrate’s court against the facility for holding the body of the deceased as security. This followed the intervention of Kirinyaga Woman Representative Jane Njeri.

“They realized that they will lose the case anyway because the law is clear that you cannot hold the body as a security. It is illegal,” the woman representative said.

Njeri has drafted a Healthcare Amendment Bill seeking to bar both public and private hospitals from holding dead bodies as security.

“I will be tabling a Bill in Parliament; it is with the Speaker waiting to be committed to the health committee so that it can be brought to the floor of the House. The bill says that it will be a crime for hospitals to hold bodies as security, a crime that will be punishable by a Ksh.3 million fine or six months in jail,” she said.

Burial preparations for the deceased are underway and he will be laid to rest at his rural home in Kirinyaga County.

If the law is clear that,"you cannot hold the body as a security",why did it take 8 months to release the body unconditionally?
It is just as unethical,and inhumane to not treat a patient for lack of funds to pay for the treatment.And whose" fault" is it ,if a patient exhausts his or her ability to pay,and them dies after along illness that wipes all available resources?
Surely as a society, we should be able to come up with a solution that does not punish the grieving family,and at the same time not discourage hospitals from treating patients for fear of holding a bad debt.I suggest a 2 cents sales tax on liquor,and cigerettes,or any other"luxury tax" we can agree on.Any better suggestion before you shoot down mine?

Do these mortuary people auction the held corpuses or do they cannibalize them if the relatives cannot pay?Which AGikuyu custom/culture demand the dead must be buried?Burial was introduced to Kenya by colonialists/missionaries/Arab slave traders.AGikuyu used to dump their dead at forest as food for hyenas.In this case,KUM should have transferred Maina’s body to hyena Tunju or Kabogo or Wanjiru or Owino or Raila or Obado’s home for cannibalization.

I would Guess some University MEDICAL Students used the Body (for All this Time) to do Medical RESEARCH before Releasing it.

Instead of paying ransom, they should have let them have the steak 🥩 of the corpse!!! Preposterous