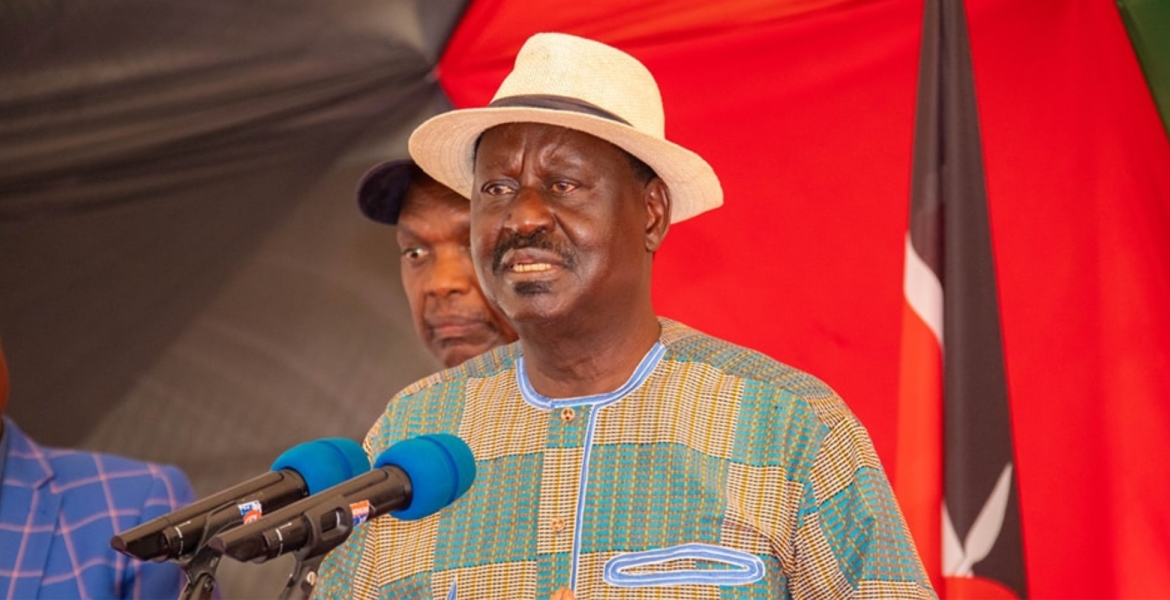 National Assembly Minority Leader Opiyo Wandayi said on Tuesday that the cancellation is due to prior commitments that were not confirmed at the time of the initial announcement.

"The cancellation has been occasioned by the upcoming engagements that will keep the party's top leaders away in the run-up to Jamhuri Days and a few days after," Wandayi told reporters.

Wandayi further reiterated the opposition's commitment to keeping President Ruto's administration in check to ensure it delivers on its promises to Kenyans, adding that their planned public engagements will continue countrywide.

"As Azimio, we promise that we shall continue to stand together and fight together until the Ruto regime returns to what really matters to the people," he added.

Odinga had earlier this week announced that the coalition would hold parallel Jamhuri Day celebrations as part of the anti-government push over the high cost of living, removal bid of four IEBC commissioners, alleged capture of the Judiciary by the Executive, and the unmet campaign promises, among other grievances.

“We will be celebrating Jamhuri Day with Kenyan patriots and it is also going to be a very peaceful congregation. No protests, no picketing, although that is also guaranteed by the constitution of Kenya,” said Odinga.

Odinga has demanded that the government reinstates subsidies for unga, fuel, school fees, and electricity in order to lower the price of basic commodities, failure to which Kenyans will be free to take whatever actions they see fit to lessen the burden on their shoulders.

He also wants Ruto’s administration to reinstate and improve social safety subsidies such as cash transfers to the elderly and Linda Mama, which provided coverage for maternal issues for mothers who were economically underprivileged.

After being snubbed by the citizens and Azimio leadership, RAO had no option but cancel.Baba, Kenyans are more enlightened and will see political opportunists from afar. Retire now!

The egotistical tyrannical maniac, the peoples conman!!! We only have ONE government, elected by the PEOPLE!!! No blackmail and coup de tat!!!

Raila would want to lie to us that he cancelled his doomed rally because he was invited by Biden to DC. All invitees to this meeting were made aware more than a month and not three days towards it.
Furthermore it beats logic to have Raila invited to such high level development meetings when at home he is sabotaging his own country. A few days ago he told his supporters to take the hustler loan and never to pay it back. Being the Africas envoy for infrastructure development, we would have expected him to know
better than advising his base to use the loan to by condoms and gin.
We know he is looking for nusu mkate a fact he denies otherwise if it’s about me and you why is he bringing in his election case as a main subject?
WSR has barely been in office 4 months and even his administration officials are yet still laying groundwork and this whiner is at it.