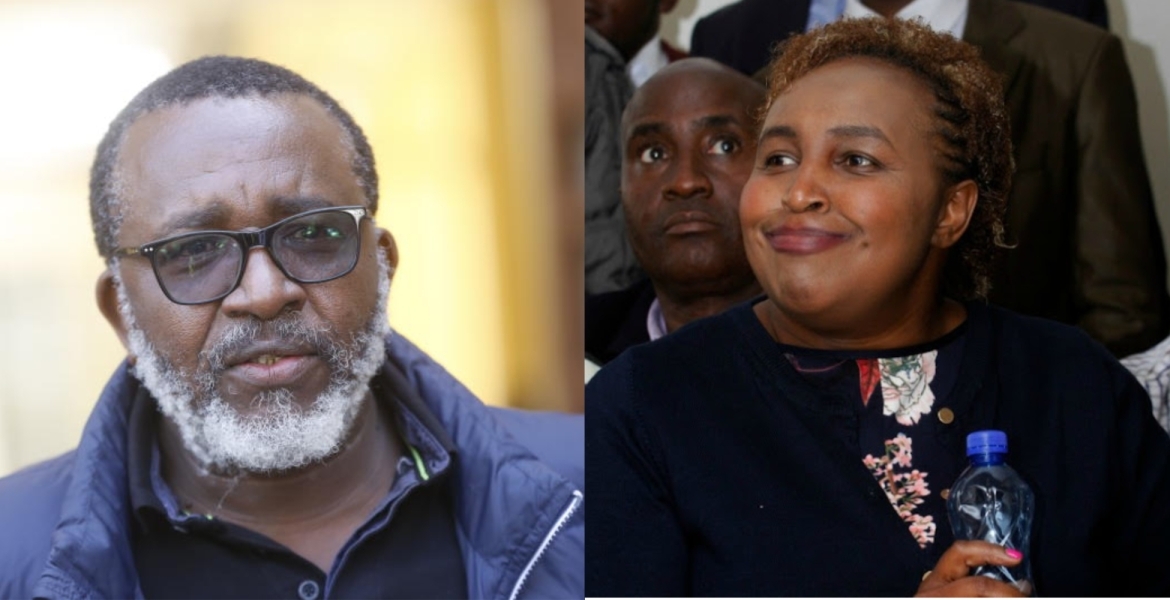 This comes after High Court judge Maureen Odero dismissed Kitany’s appeal to be allowed to continue occupying the house.

The first-time MP wanted the High Court to quash a decision by Chief Magistrate Heston Nyagah to allow Linturi to kick her out of the house after finding that the two were not married.

Justice Odero noted that she has no jurisdiction to handle the matter following the dismissal of the same application by the Appeals Court.

Linturi stated that the Court of Appeal dismissed the application on three separate occasions.

"Marianne wants to continue living in the palatial home for the sixth year running yet the court had established that there was no marriage between me and the appellant, " Linturi told the court.

Last September, magistrate Nyagah dismissed a divorce case filed by Kitany, who moved to court seeking protection after Linturi kicked her out of his house.

The magistrate ruled that Kitany failed to prove that she was legally married to Linturi, noting that the doctrine of common law marriage is no longer applicable in Kenya and that customary law marriage is not a one event or single-ceremony matter.

The court ruled that Linturi was in a monogamous marriage with one Mercy Kaimenyi, hence could not hold any other form of marriage including polygamy.

“Mithika Linturi could not contract a Nandi customary marriage or any other form of marital union with Maryanne Kitany. The customary law union alluded to by Maryanne Kitany would not suffice as a marriage under the laws of Kenya,” reads the ruling.

Kitany, who clinched the Aldai parliamentary seat in the August 9th, 2020 election, maintains she is lawfully married to Linturi.

Mithika Linturi seems to have a knack of making news in matters women from rape to evictions. I will not be surprised if next month he is sued by a transgender for failing to honor the deal after services rendered.

@ Hahaha, its more likely that the house maid would come up pregnant than a transgender with some charges. You yourself said he has a penchant for getting in trouble with women.Transgender hardly falls under the label"women".

He is a transgender himself! So he will honor whatever deal he can get! Meru men are cowards…