I am Not Interested in a Handshake, Raila Fires Back at President Ruto 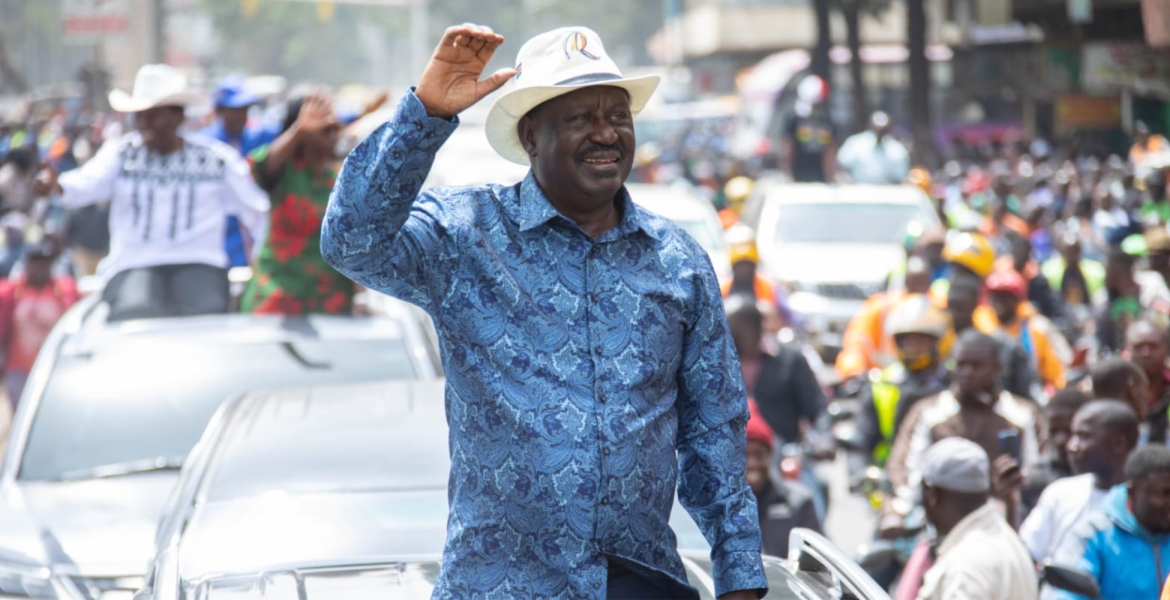 Addressing a charged public rally at Kamukunji grounds on Monday, Odinga dismissed claims by President Ruto that he is using the rallies to force a handshake and get a share of the government.

“They are saying that we love demonstrations and that we want a handshake I am saying here today, I don’t want anything to do with a handshake,” Odinga stated.

“Since August 15th, we have conducted our own investigations of the IEBC and the electoral results. We are convinced that our victory was stolen. Gallant IEBC whistleblowers have now published the true and authentic results of the 2022 elections.”

Odinga maintained that he is ready to die for a just cause, adding that there will be no election come 2027 until the 2022 election debacle is decisively ironed out.

The ODM party leader, who was accompanied by several Azimio leaders including Martha Karua and Kalonzo Musyoka, also accused Ruto’s administration of implementing punitive policies that have made life unbearable for Kenyans.

“We call on Kenyans to resist and demand the removal of the punitive taxes that have led to punitive costs of basic products and services including unga, milk, sugar, school books, fuel, electricity, bus fare, paraffin and school fees,” he said.

“We ask our people to say NO to the UDA regime. This regime and its unfair policies must be resisted and resistance starts today.”

He announced the coalition will hold another public rally at Jacaranda grounds on Saturday.

Mzee u want a handshake, u have never accepted defeat before n I guess never will. U lost stop trying to bring violence to our land.

William Ruto is destroying the reputation of Educated Africans.

The man is an absolute Fool. He must go.

Wewe ndiye takataka. You are just,but a guest anywhere. Raila leaves death everywhere. He is waiting to do the same. Take your family to the rallies. You won't... rubbish. Mf