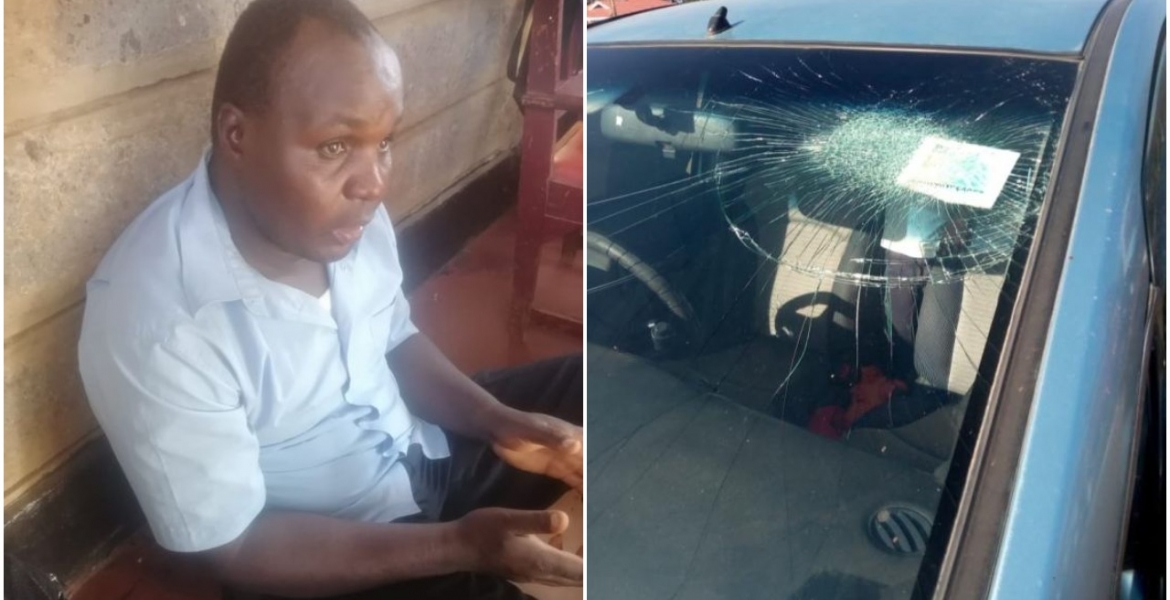 A matatu driver who was caught on camera insulting a female motorist and smashing her car has been arrested.

The driver was nabbed in Thika on Saturday after the video of the incident went viral on social media, triggering a public uproar.

Kenyans online urged the Directorate of Criminal Investigations (DCI) and National Transport and Safety Authority to take action against the rogue driver.

He is being detained at a police station in Thika pending further investigations and arraignment in court. His vehicle was also impounded.

In the clip, the abrasive driver of Mataara Sacco matatu registration number KCK 114P is heard insulting the female motorist for unknown reasons.

He then hits her car on the left side, thereby breaking the side mirror, before smashing the windscreen and driving off.

“You can take photos and videos all you want. I will hit your vehicle and will not pay for the damages,” the driver shouts.

Half baked News. What's the of the rouge Thug?

Please make the story interesting. Add pictures and videos and where possible include matusis and ngumis.
Just saying.

Frederick Otieno is the name. You are welcome.

My question on inclusivity is-Were all the Luos including Nyako,the MWAKILISHI star represented by Otieno in that crime?Will they share his years(as malicious damage is a crime not petty traffic offense) in prison?Will Nyako pay his fine?Maybe the evil act will be accommodated in the BBI because there are reports that most Luos are complaining that only a Luo was arrested not all 43 Kenyan tribes.