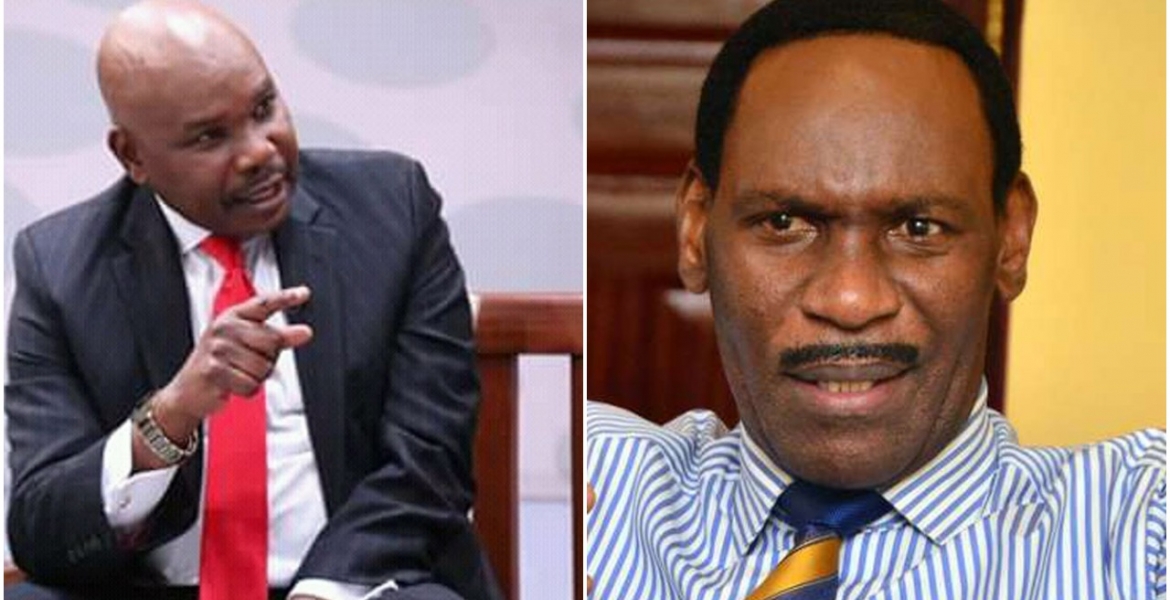 Prof. Makau criticized Mutua and Garissa Township MP Aden Duale over their push for the criminalization of pornography, saying the proposal is an attack on free speech.

“The likes of Duale and Mutua must get it in their noggin that Kenya isn’t a mosque or church. It’s a secular state governed under secular — not religious — law. Criminalizing pornography is Neanderthal legal paganism. The law is an attack on free speech,” Makau tweeted.

His tweet triggered an angry response from Ezekiel Mutua, who accused him of “defending useless things with big English.“

“How is pornography a “speech” let alone a free one?!! Sometimes I am baffled at how you defend useless things with big English, lazed in sinful fanaticism. To use big words that mean nothing to make others look bad because of their convictions is the domain of narcissists!” wrote Mutua.

In a quick rejoinder, Makau said: “Daktari, mbona umeamka na roho mbaya? Speech refers to the expression of or the ability to express — and receive — thoughts and feelings by many means. It includes literal speech and other forms of communication through images, media, art, signs, film, words, press, video/audio.”

“Lol, pole Prof. I didn't mean to be offensive. But on a serious note, the Duale Bill does not in any way curtail free speech. We need a law to tame the madness in these streets. Freedom without responsibility is a recipe for chaos. No one should share nudes on social media!” he noted.

Anybody sharing pornographic material on the internet will risk a Sh20 million fine or a 25-year jail term or both if the Bill is approved.

The Bill seeks to amend the Computer Misuse and Cybercrimes Act to prohibit sharing of pornographic materials online.

Uhuru should have left a good legacy of UNLOADING KENYANS THE HEAVY LUGGAGE loaded to them by jambazi Kibaki(who could have VETOD the 2010 poop constitution as he was executive president).He ought to have cut the bloated govt by 1/2 starting with useless senate,merging of constituencies money minting institutions like KFCB.President BURE cannot even ask himself why Kenya has over 700 ministries/minsters.But the metherrnol drinking president has been bewitched by muchawi Raila and wants to expand the govt.

Last time I checked, changaa is banned. But if you want some I know where I can get it from. Make the laws if it makes you feel good.

Makau Mutua is full of bull in his head.

This type of law is long overdue to stop the criminals online. Kenya has a bad history of human trafficking which has alot of porno.Mutua knows even where he is US you go to jail if you trade in promo cyber security agents will hunt you. Why do you want even our kids to live in a polluted social media .Kuwa na Roho safi bwana.Religion or not a safe society is best.