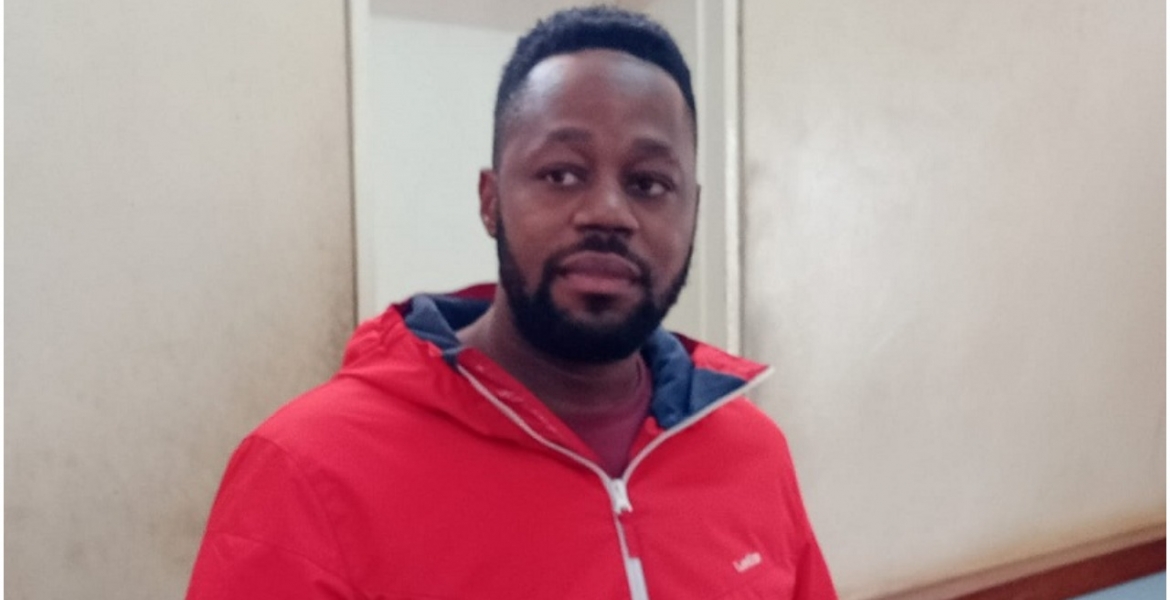 He is accused of being behind a fraud syndicate that blackmails wealthy Kenyans by tainting their images online and demanding money to ‘clear’ their names.

Obare, alias Tea Master, was arrested by detectives from the Directorate of Criminal Investigations (DCI) Cybercrime Unit alongside his co-accused Desy Oduor Achieng.

“Detectives from the Cybercrime unit have uncovered an underworld network of criminals involving young ladies recruited by Obare, to stalk prominent personalities in political, business, and religious circles for monetary exploitation. The ladies are then coached by Obare, on how to ensnare the victims into their traps then extort unimaginable sums of money from them,” the DCI said in a statement.

It is alleged that Obare recruited Desy and coached her on how to stalk a prominent governor with an intention of extorting Sh10 million from him.

He is said to have shared the governor’s phone number with Desy and directed her to pretend that she was pregnant with his child.

Obare then took to social media, accusing the said governor of impregnating a woman and failing to take responsibility.

“Fearing the repercussions of Edgar’s actions, she reported the matter to DCI offices in Nyali. Detectives have since established that the lady isn’t pregnant as she had claimed,” the DCI noted.

The two will face charges of publishing false information contrary to Section 23 of the Computer Misuse and Cybercrime Act.

Edgar vs politician, who do you believe?

Edgar exposed all the screen shots of the conversation on his Instagram.

So, the DCI need to produce the ksh 10 Million evidence they claim to have.

They also need to prove Edgar knows that girl.

It’s clear Alfred Mutua has been using his position to harass people and get people arrested under frivolous charges.

Also, the DCI has been arresting people and accusing them falsely for crimes the did not commit.

Posting a screenshot of your own private conversation is not a crime. It’s evidence.

Upuzi. Freedom of speech. The cheating governor should just swallow the pill...if they created jobs, these young people would not be looking for a quick buck

Staved sick mind tuned to a give me free stuff attitude! Go fish free omena in lake Victoria as the life of free things is part and parcel of your entire life! So now you are in bed with conmen, thieves and corrupt elements? What a freaking shame!

Lock him up and throw away the jail keys! This is the only way to get rid of these criminals! A useless blogger!

The DCI has been cooking stories and falsely accusing Kenyans of crimes the did not commit. This is a very good example.

The real question is how many Kenyans are in jail due to false allegations by the DCI and police.

How many people have been falsely accused of terrorism for example.

Is Sonko a Terrorist or is it fake accusations.

Is Edgar responsible for Alfred Mutua cheating on his wife and his abuse of power?

Obare is providing agood service ,albeit going about it the questionable way.This is the only way to test the integrity of our so called waheshimiwa.
If Obare throws some luscious femme fatale in front of you, all you have to do is say ,"Sorry,but thanks,I am happily married",and that ends the story. But our waheshimiwa faced with such a situation look at it as a golden opportunity so squeeze some young flesh,and are quick to give her their contact numbers.
All these could be avoided by not getting greedy and taking the bait.

It looks like a set up .
It is now clear Governor Alfred Mutua is among the politicians who use the police to set up Kenyans.

I saw the messages, I did not see any extortion.