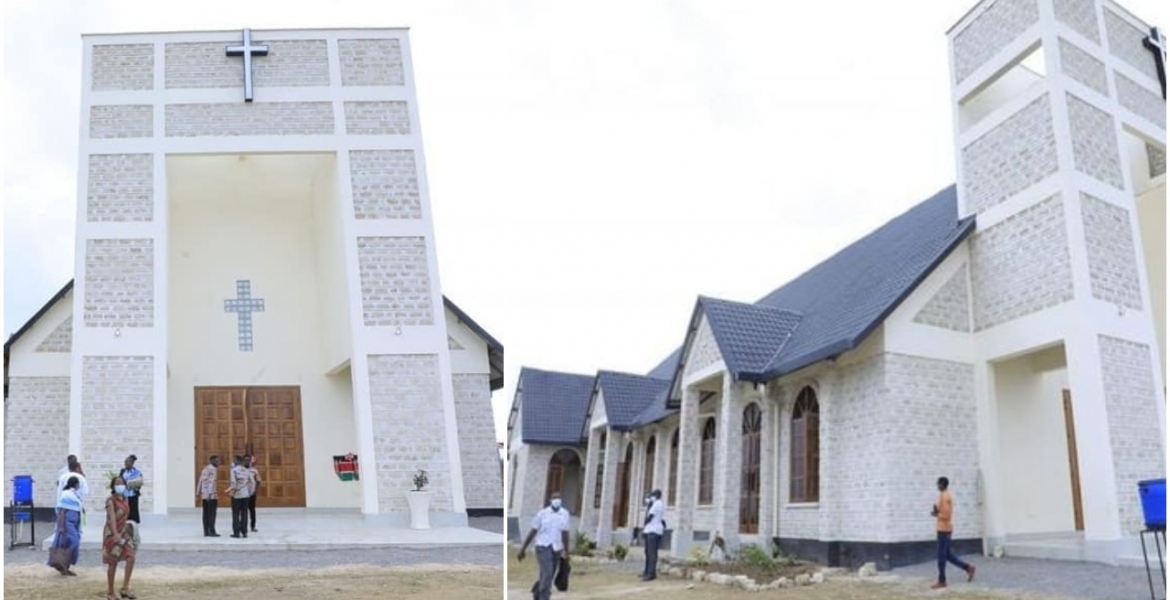 Former Chief of Defense Forces General Samson Mwathethe has built a new church in his hometown of Ganze, Kilifi County.

Mwathethe built the multi-million-shilling Christ The King ACK Church as a gift for his Jila village after retiring from the military where he served for four decades.

The new church was consecrated and opened on Sunday by Reverend Lawrence Dena, the first Bishop of the ACK Diocese of Malindi.

Speaking during the consecration service, Mwathethe said the church plays a vital role in shaping society.

Mwathethe was appointed as the Chief of Defense Forces in 2015 and retired from the military in April last year, having served for 42 years.

Mwathethe, who was succeeded by General Robert Kibochi, made it clear that he would not join politics following his retirement.

“When it was announced that I will be retiring people started making suggestions that I join politics but I will not go that route. I am a military officer. Military and politics do not go together,” Mwathethe said.

He previously served in various capacities in the military including stints as the Vice Chief of Defense, the Commander of the Kenya Navy, and the Kenya Navy Logistics Commander.

In November 2020, Mwathethe was appointed as the new Chairman of the electricity-generating company KenGen board to replace Joshua Choge.

Yet you can’t buy the heavenly kingdom

He has build a church where people will be gathering to worship God! Give him credit for his kind gesture to those who love the Lord!

As long as the funds are not I’ll gotten congratulations.Instead of naming roads and schools after yourself or building a mansion at least a church will outlive you and for the faithful it provides a convenient place for them to meet and worship.For those whom more is given much is expected

Why was he appointed the chairman of the electricity generating company KenGen. Why not give such a job to someone else. The man just retired only to be given an elephant task to do. What is up with this recycling crap that never stops among the elites? And what motivation does Mwathathe have to perform distinctively in this new role? The man was retired - there is no down side for him. This is another form of corruption.

All this money is dubiously gotten..I'll bet for that if you want. At least he built a church, but hey...Judgement is waiting, anyway.

That's his atonement for his sins.

It will help some dirty soul cleanse

He could have build a factory for the youth to get jobs then later when the youth or villagers starts earning monies then they can build a church.This is the stupidity of the Colonialism brainwashed mentality from someone who have served deligently in such high positions.That’s why I admire kivutha Kibwana who have build small factory’s for milk n fruits processing making the makueni people better than wasting monies to build churches or mosques or temples.Am very disappointed for mwathethe