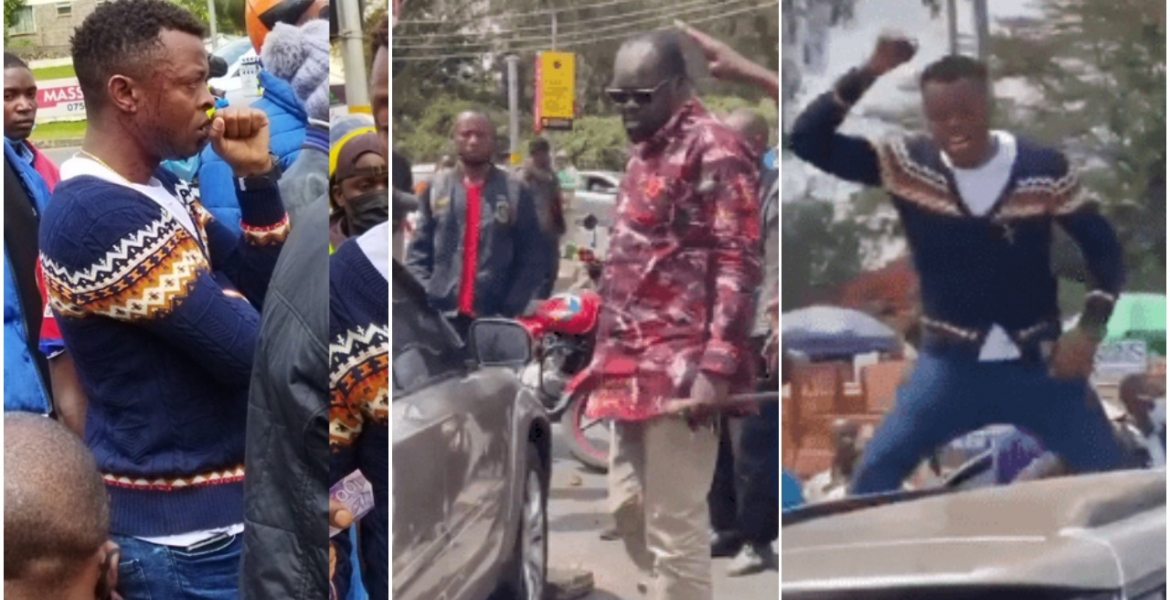 The two were involved in road rage after Alai reportedly hit Ringtone’s car at a roundabout on Loitoktok Road. The confrontation between the two who accused each other of obstruction spread to Dennis Pritt and Likoni Roads where Alai is said to have assaulted the musician with a wooden baton.

Ringtone is seen picketing from the top of Range Rover before crossing to Alai’s car and demanding an explanation.

Alai is seen coming out of his car carrying a wooden club and threatening to beat up the singer.

A second video shows Ringtone with blood on the side of his face and scratches on his neck. He is reported to have gone to the hospital after the incident.