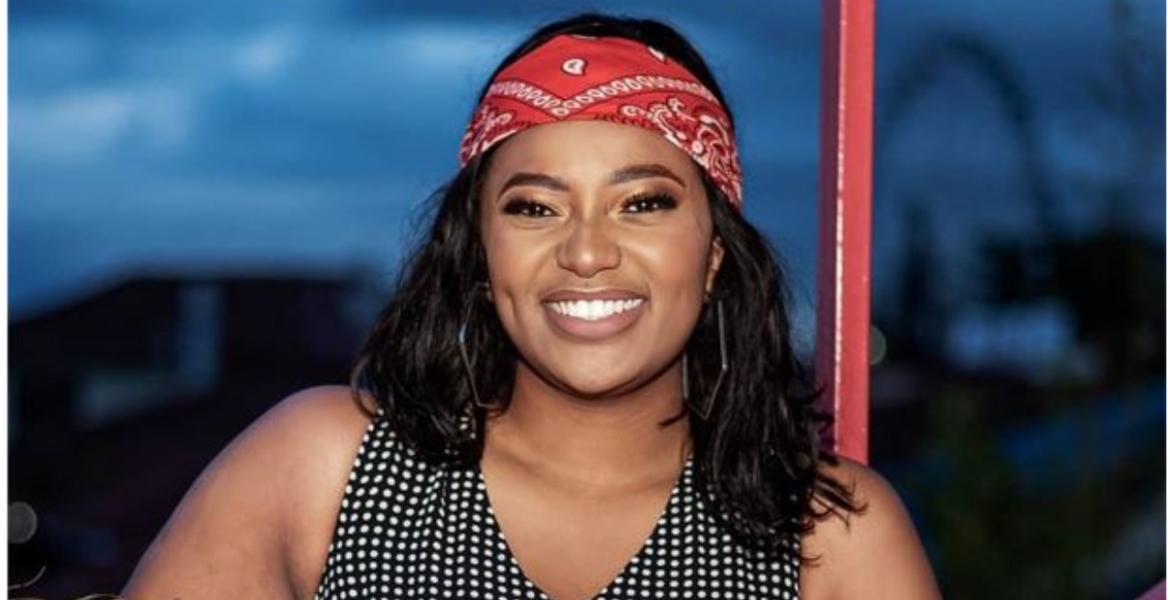 Kenyan YouTuber and comedian Brenda Jons has publicly come out as gay.

The content creator went public about her sexual orientation through a series of live recordings on her Instagram page on Saturday, revealing that she is a lesbian.

In one of her recordings, Brenda introduced her new girlfriend and the two were seen getting cozy and kissing.

“By the way guys, I’m telling you for sure, I am very gay…This is my girlfriend,” she stated.

In a different session, she got emotional as she spoke about her former girlfriend, who allegedly cheated on her with a renowned makeup artist named Phoina.

She claimed that the two had already introduced each other to their respective families, adding that she still loves her despite cheating on her.

“I had invested even in the family. We had already done a family introduction. My mother knew her and her mum knows me. I even sent her mum money when her mum is down. I did everything for that girl,” she stated.

“I still love that girl, I am broken but I’ll be okay,” she added.

The revelation came a few months after Brenda opened up about a rape ordeal she went through in 2020. Brenda clarified that her sexuality is not linked to the rape incident, adding that she does not resent men.

“I don’t resent men, and I’ve said this before, I have male friends, I have uncles and a dad so I don’t resent men. It’s just that there is a level of connection that I don’t want to pursue with men… No way, men don’t disgust me,” she clarified.

lost and found society is in Africa culture nowadays

@Mbwana,
I agree with you. As some Africans are waking up to who they are, some of us are completely lost in the foreign ( western) cultures.
- Why is the author of this article giving us such details. How many straight and honorable marriages have they advertised in such details?
What are they trying to promote here?
When they find out these foreign cultures are no longer acceptable and can no longer be forced on the Africans, they will take them back to wherever they brought them from.
Cultures and rituals are unique to each and every community and cannot be made universal.
When we mix oil with water, we can keep mixing but when the solution settles, the two will separate.
400 years of trying to mix and the solution is about to settle and separate!!

What do you Expect from a Twisted mind like Hers?: Her falling for Her own Kind and below a Dog's Standards.

Who really cares? Why do people feel important?

So who cares that you are gay? I like how she said she has a dad lol. We all have fathers alive or not.
I’m very very straight, write about that.

In my limited,and unprofessional assessment, she is exhibiting a narcissistic personality disorder...
Why do you have to come out and tell people about your sexuality,when it does not concern them?

How else will we know "they" are special !

Hahaha,by asking.Do you really want to know? Hey formerly guest2, you just tied the knot,so the"know" you want is off the limit.Leave it to me,I plan to have an operation if you know what I mean...

You are right but tying the knot doesn't mean macho ilifungwa kabisaaa, didnt' we say monogamy is unattainable ha ha ( kidding) even Will Smith admitted not too long ago. Lakini I can only do one person though - too old to venture anywhere else, I'm glad I waited this long

I wish you the best. As I tell folks on this forum, all the time,in matters of the heart, take your time.Why the rush,especially if the plan is to be in for the long haul.

I am a straight guy! Very proud to be STRAIGHT!! Can someone please write about my straightness? And Can I get a bigly huah, huah, huah here from all those who care!?

She's a nobody in YT streets & is looking for cover identity to publicize herself.
Girl bye!🍭🍭🍭

It 2021 na nyinyi mko hapa with your negative comments about the gay / lesbian LGBTQ community. Darn shame, human beings are human beings. We are all not the same and is the point that is lost sometimes. Pilipili tusioila mbona inawasha, saa zote mna makasiriko about them. Enyewe kila mtu na centi zake mbili. Love who you choose to love and let others live.

You can blame the Political Class for promoting dirty morals behavior and standards.

In the society. that condones corruption at the highest levels and and on the other hand the blame youth for being sexually corrupted.

Please save us the discussion.

In the Philippines gay sex is causing a rapid spread of HIV in young men who sell the asses to make money to pay their bills. This is a slippery path for a country to pursue.