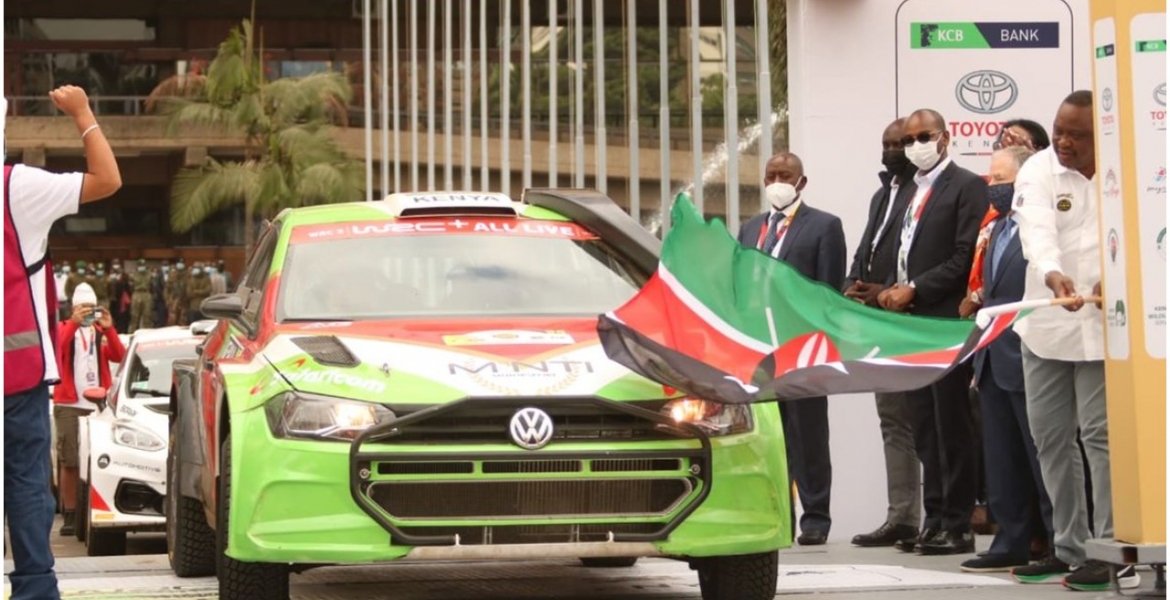 This marked the return of the WRC event to the country after a 19-year hiatus.

“In 2013 I pledged to my fellow citizens that we will bring the Safari Rally back home and I also promised that I will return the Safari Rally to the top as one of the FIA and WRC toughest rallies. This call has materialized nine tears later in the event we are witnessing today,” said Kenyatta.

This year’s WRC Safari Rally is expected to attract nearly a billion viewers with Sh6 billion in foreign currency being injected into the country’s economy.

After the flag-off, drivers proceeded to Moi Sports Centre Kasarani for a 4.8km Twin Track Super Special Stage where fans will be able to watch them perform their stunts and entertain before they depart for the business end of the rally in Naivasha.

Top drivers said are expecting a competitive rally as they begin the sixth stage of the WRC competition.

“The roads will be demanding but at the same time, there is some beautiful scenery and lots of animals. It is tough but exciting at the same time. I felt good on the recce because this is something different from what I have been used to. I will just take it easy and try to come through basically,” said Olivier Solberg, the seven-time World Champion, and current log leader.

Mental enslavement at it's best.

It can’t be the same as it used to be.