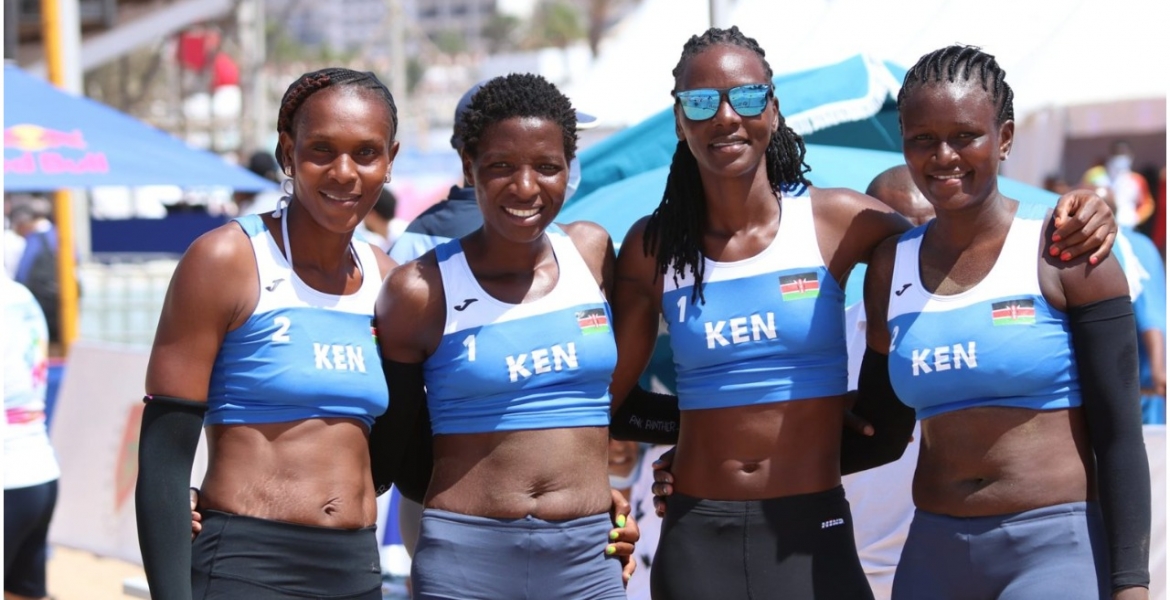 The team grabbed the sole African ticket to the Tokyo Olympic Games after beating Nigeria in the final of the CAVB Continental Cup/Olympic qualifiers in Agadir, Morocco on Sunday.

This is set to be the first time Kenya will be represented at the Olympics in the discipline.

"We have been work in the progress and I'm extremely excited that we get to participate in the Olympics for the first time in the history of Kenya. My prayer and hope are that the government through the Kenya Volleyball Federation will give the sport the much-needed support," said Kenya’s Gaudencia Makokha.

"That's the only event I haven't participated in. The chance is here now and I'm grateful, " the former Kenya national women's team captain said.

In the men's finals, Morocco thrashed Mozambique to secure the sole ticket to Olympics.

congratulations ladies.I hope you shine at the olympics as well.

Congrats ladies. Hope yall do well.
I hope the management treats you well in Tokyo unlike in Rio.

Yeap, in RIO they were at one point housed in some rundown,flea infested,cheap 8th rate motel.What a shame. But I dont think they have such in Japan.Not only that,but I believe with covid19 restrictions,they might be "bubbled" up at the olympic village till they leave.
Just incase some forgot, the olympic kits were stolen by crooks colluding with management.They were later fund stocked somewhere,and the case went cold. Shameful indeed. Lets not repeat this people.Our athletes deserve better.

Congrats ladies. Chances of advancing beyond 1st round are about as slim as a Canadian's chance of winning the steeplechase, but we are glad to be represented.

@ just anaakenyan.You are right,and they know it. Its just like that fastest man in kenya, Fedinand Omanyala.His time is very mediocre compared to those who will represent USA, Jamaica,Britain to name just afew. But just making it to the world's biggest sports stage is an achievement.

Am heading to Tokyo see yooo there.Kograts our beautiful ladies.