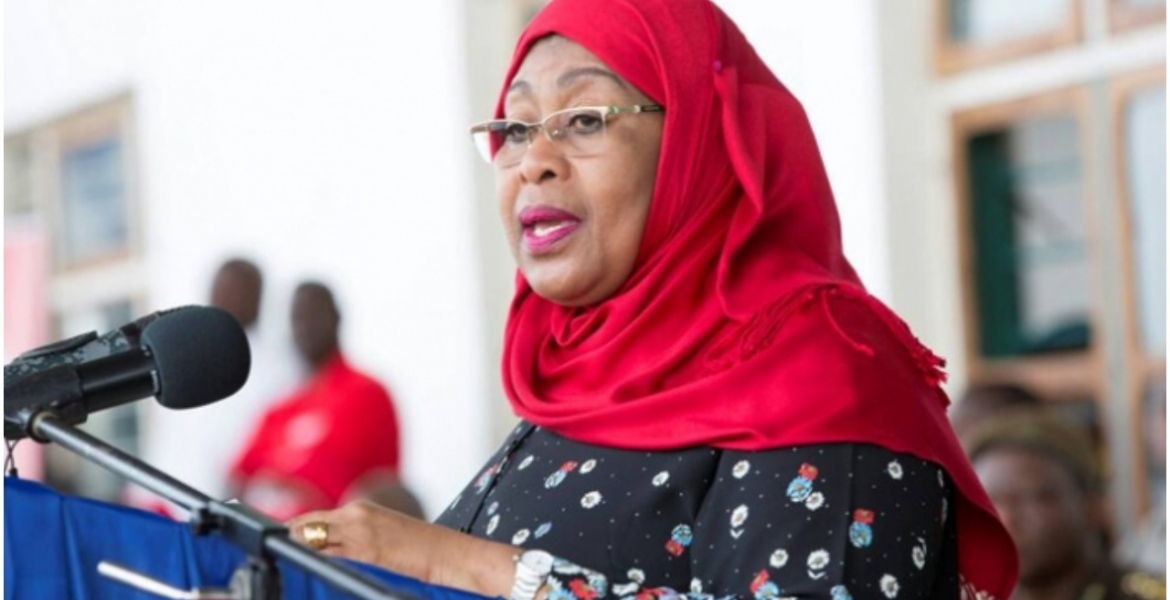 Suluhu, who made history as the country’s first female vice-president when Magufuli was elected in 2015, will be sworn-in as the new president as per the Tanzanian Constitution.

Article 37 (5) states that “where the office of President becomes vacant by reason of death resignation, loss of electoral qualifications or inability to perform his functions due to physical infirmity, or failure to discharge the duties and functions of the office of President, then the Vice-President shall be sworn in and become the President for the unexpired period of the term of five years and in accordance with the conditions set out in Article 40, and, after consultation with the political party to which he belongs, the President shall propose the name of the person who shall be Vice-President and such appointment shall be confirmed by the National Assembly by votes of not less than fifty percentum of all the Members of Parliament.”

Suluhu, 61, is from the semi-autonomous region of Zanzibar, which is about 99 percent Muslim and has never produced a president.

The Tanzanian government has declared a 14-day period of mourning, during which all national flags in the country will fly at half-mast.

Sad day for the world. While I congratulate madam president as she takes over I cannot in my mind understand why in 2021 you cannot tell your country the truth- that their leader is unwell! We are all human and no shame in being sick- its the human way. In so doing she and the government have denied their country a chance to prepare/ get ready for the death. Why lie? Closer home I hope our president can learn that no one will live forever and that the country is bigger than uhuru who will be out anyway in 16months.By trying to abuse the constitution and remove his deputy he puts his childish/ juvenile/ myopic interests ahead of the nation. Imagine all those cartoon ministers that may have disrespected the VP in TZ- They are now looking for places to hide. Uhuru should know there is a tomorrow and stop his egoistic insecurity.

Yes there are thieves in kenya but the one you are calling Deputy whatever is a MEGA THIEF that the country has ever seen. If he has been stealing OPENLY since he was Eldoret MP, he continues to do so now and just doesnt care who his boss is and continues to steal, God forbid when he gets power, will all coffers at his disposal, kenya will be fleeced dry and you’ll be left crying for your mom. Continue insulting prezzo, for all he cares, you’d wish he leads forever!!

Can she start by apologizing for telling lies this week that Magufuli is fine.

Now is the time to make your mark for Tanzania. Do what is right, ask your people to wear those dang masks and save lives. Your success as president will help elevate women and girls across Africa and beyond. I wish you well!!

RIP. Magufuli was a Corvid 19 denial. He told wild lies to his people. He urged them to treat Corvid with herbal and steam. Remember someone else urged his people to inject bleach against Corvid? All bogus!!!! Corvid 19 virus is vicious. It is not a cold. It kills and kills. Steam and herbal remedies are untested!!!!Tell the truth to the citizens. Leave the advice to the qualified medical officials. Corona virus is real.