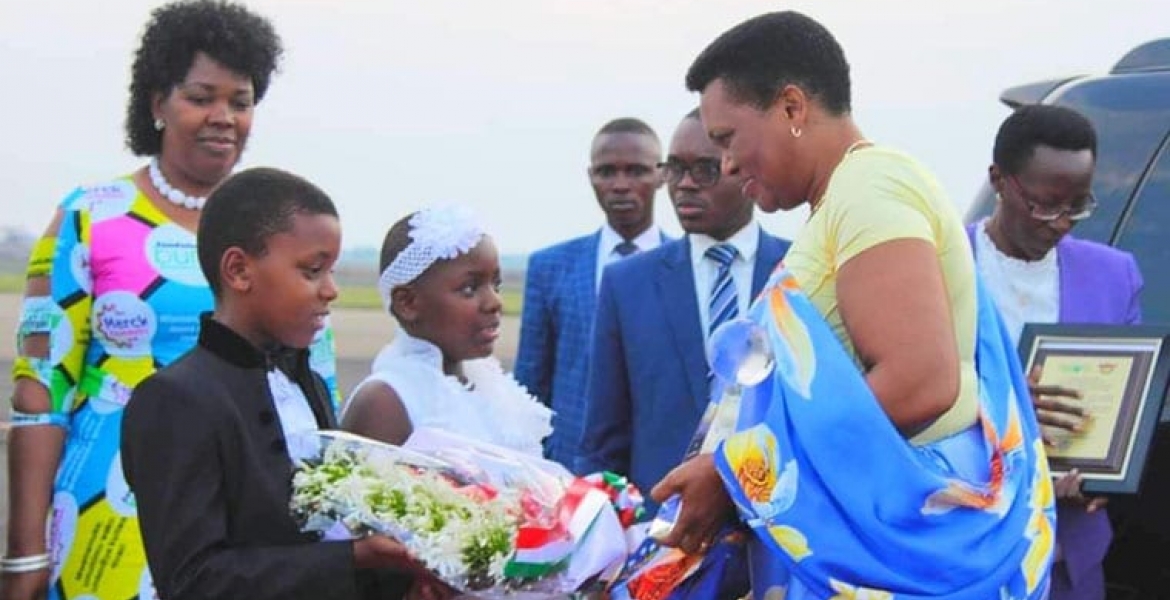 Mrs. Nkurunziza arrived at the Melchior Ndadaye International Airport in Bujumbura on Tuesday evening aboard a flight belonging to a Kenyan private airline Phoenix, according to SOS Media Burundi.

“It was a jet with the captain and the co-pilot only,” the publication reported.

She was airlifted to Nairobi on May 27th and taken to Aga Khan hospital after allegedly contracting Covid-19 but an official in the Burundi President’s office refuted reports that Mrs. Nkurunziza was suffering from the virus.

Her return came a day after her husband, President Pierre Nkurunziza, succumbed to cardiac arrest. Nkurunziza, 55, passed away while undergoing medication at the Karusi Fiftieth Anniversary Hospital on Monday afternoon.

The Burundi government declared seven days of national mourning and the country’s flags will fly half-mast during the period.

Nkurunziza, who ruled the country since 2005, was set to hand over power to his political ally Evariste Ndayishimiye in August.  Ndayishimiye was declared the winner of the May 20th presidential election after garnering 68 percent of the votes.

Who let the two kids get that close to a COVID-19 positive person?

I hope this pic is not recent. A recent Covid 19 patient should consider social distancing and wearing a mask

The fact that she was positive does not mean she is infectious.

Even they are not wearing face mask. They know she is +ve and her husband died of Corona. This is ignorance at the highest level.

@kithoi, nobody is wearing a mask here. Anybody can have the virus.

Everyone should wear a mask. No one gets past infectious stage. All the tests have false positive and false negative.

I don't think you have any clue about the disease. You think once you get infected you will always be infections? Do some research,why are people getting plasma from people who have recovered if they are infectious.

My take is on Mwakilishi calling her the First Lady. She's no longer the first lady. The husband is dead.

This is not the outcome the suffering Burundians were praying for.