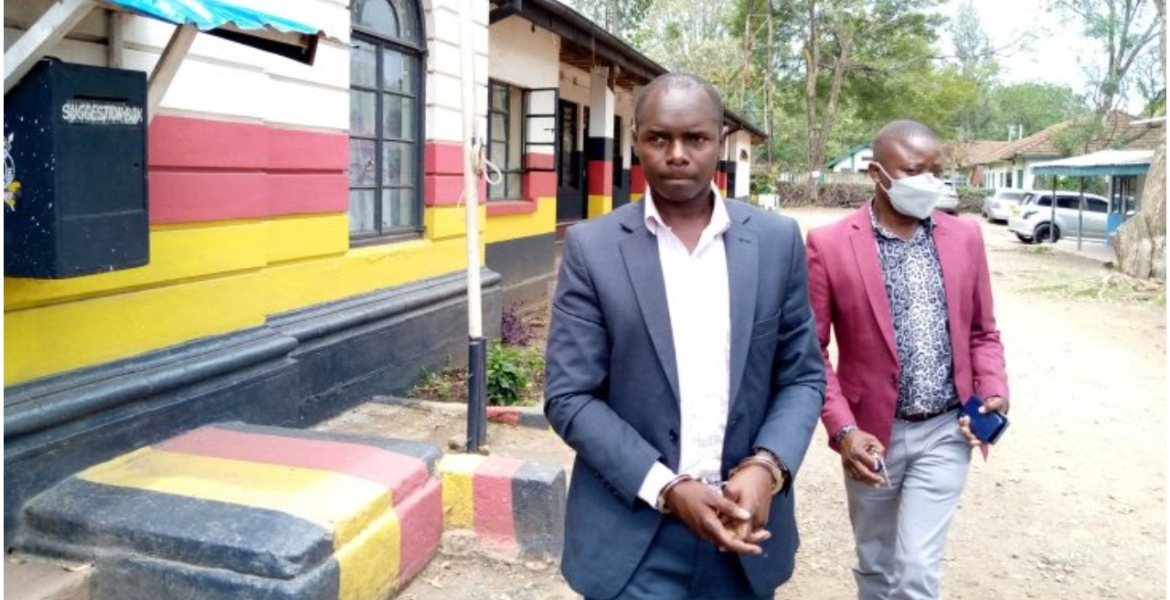 A 32-year-old man who has been masquerading as a magistrate attached to Nakuru law courts has been arrested.

Victor Kiprono Ng’eno was apprehended during a sting operation on Saturday, with detectives recovering a cache of fake employment letters from the Judicial Service Commission (JSC) from the suspect.

His arrest followed numerous complaints filed against him by members of the public.

Ng’eno is said to have acted as a magistrate and even demanded money from unsuspecting members of the public with a promise of influencing some cases.

Nakuru Criminal Investigations Officer Anthony Sunguti said the suspect, who has been on the run for some time, will be arraigned in court on Tuesday to face various charges, including obtaining money by false pretense.

It is alleged that the suspect also falsely obtained Sh1.6 million from one Samuel Soi on diverse dates between March 15th, 2018, and December 31th, 2019.

Police said he posed as a brother of former Energy Cabinet Secretary Charles Keter and was in a position to help Soi secure a job at Kenya Pipeline Company Nakuru depot.

He is also said to have obtained a further Sh100,000 from the same victim to expedite a civil case lodged at Nakuru law courts.

Some complainants said Ng’eno used to walk around with a toy pistol.

Corruption is deep ROOTED in our Kenyan society.
We are the ones fueling it. We believe that nothing can be achieved without giving CHAI,even when no one asks for it,we still offer it. We have to look deep inside ourselves.
It's time we started the healing process.
It will be painful,BUT doable.
Let's braze for it.