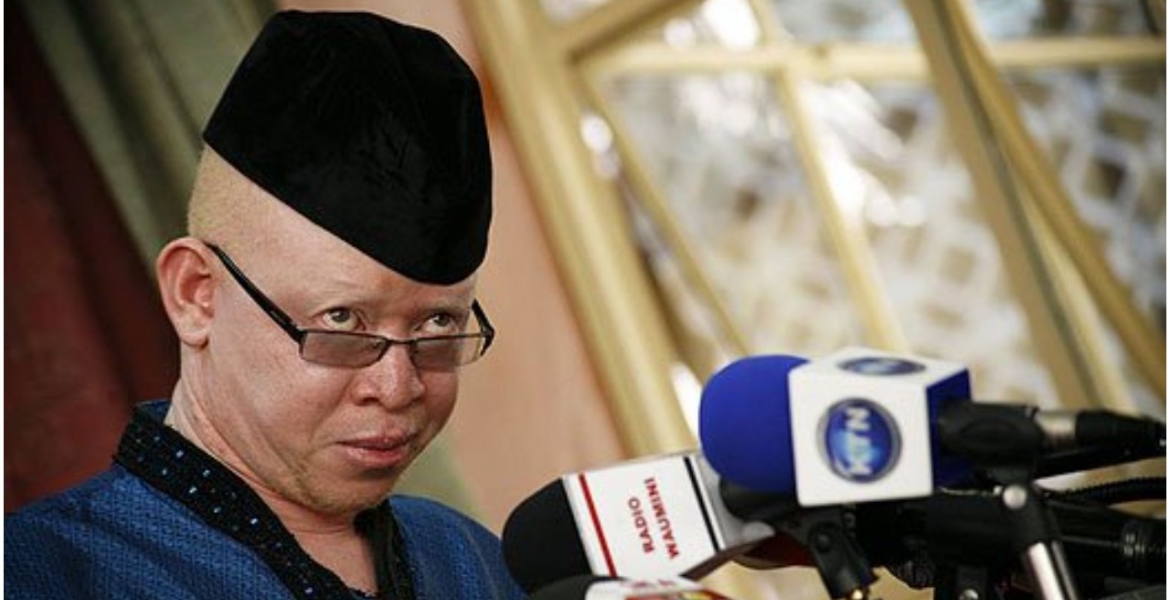 Nominated Senator Isaac Mwaura has lost his seat following his expulsion from the Jubilee Party.

The seat was declared vacant by Senate Speaker Kenneth Lusaka through a gazette notice dated May 10th.

The tribunal ruled that the governing party followed due process in expelling Mwaura, adding that internal mechanisms were exhausted.

Mwaura was ejected from the President Kenyatta-led party on grounds of indiscipline and violation of the party’s constitution.

He was accused of being disloyal to the party and violating the party’s constitution by pledging allegiance to the United Democratic Alliance (UDA), a party linked to Deputy President William Ruto and his allies.

Jubilee Secretary-General Raphael Tuju said the senator violated the party’s constitution and membership oath by describing it as a dead party and shifting loyalty to UDA.

The result of kumangamanga na kutangatanga when all along you know full well you are just a nominated senator.

Maura forgot who the nominating authority is! He though he was bigger than life being a nominated senator! Let him hit the streets.

JUBILEE is owned by thugs Uhuru and Ruto who are paid shs 12m. each by hungry billionaires.Kenya is going back to dictatorship rule but it is too late as only one year is left for jambazi Uhuru corrupt presidency.It is also an open secret that jambazi Tunju(who wants financial aid from Uhuru and to win his parliamentary seat back) is working for his tribal god,gaidi Raila.

That's the reason for making sure every Kenyan is protected from any persecution for his or her opinion in any type of discussion provided the opinion doesn't hurt anyone.
The 2010 constitution is good in that regard.
BBI will not be protective. In fact the nominated MPs and Senators will be for passing bills brought by the Executive without their input, and will be removed at will the Murathe of the party in power.

A$$ kissing is the new norm, Mwaura.
Being a nominated Senator, you didn't have the teeth to bite....
Sasa, try and get elected.
Or, just play with UHURUS little weewee and all will be well.

Mwautra failed to follow the guiding rules of the jubilee party. It is as simple as that stupid mole fact! Stop spinning imaginary things to suit your crooked narrative. I’m glad he has been fired!

Well said! He is a useless trash and has done nothing for nobody except follow Ruto around like a little puppy! Shenzi yeye kabisa!

He is a brave and courageous man who stands with Wanjiku no matter the price. I would rather have this man over Uhuru any day. Uhuru won election twice but when Raila took fake and illegal oath, Uhuru got so scared of Raila -he was trembling. He handed the presidency over to him. Now he does whatever Raila orders him to and that is pathetic. Orengo said publicly the other day,that BBI's purpose is to take Raila to the state house, and Uhuru remains mum about it. By the way, Isaac Mwaura may very well have raised his profile out of this loss and humiliation. Just watch the future- it's around the corner. 'Oh what a tangled web we weave.

Ya! He stands with the wrong Wanjiku to fill his shitty greedy belly! You want to know more? He is now out tarmacking like many others before him! Why not give your courageous fool a job?

We are tired of idiots raising their individual profiles at the expense of the common people! Which future does mwaura have as you so wish to tell us!? Makanga boy of a charcoal Lorry? Stop dreaming in a broad day light! Yeye mwaura ni finito!

How sweet it is! You thought you are an albino Mzungu; as you call yourself! Beautiful! Go get a job from you very corrupt Ruto!

Raila the Gentleman will take him Back. You watch.

Here we go again..the commentaries from vifaranga via ufisadi..throwing stones at Mwaura because he told the kimwana is naked. Mwaura at least used his brains unlike the sellout in parliament who voted for Raila express run to Statehouse using the backdoor. When Raila become Rais,ndio mtaona cha mtema Kuni.

I would prefer Raila than Ruto! Ruto will kill many before he is knocked down!

Mwaura threw stones to himself and his glass house! He did not need any body’s assistance. He surely knows how to self destruct himself more than his bemused wife do.

Why are you feeling sorry for a thankless man? He thought life was all in his corner until he got sucked!