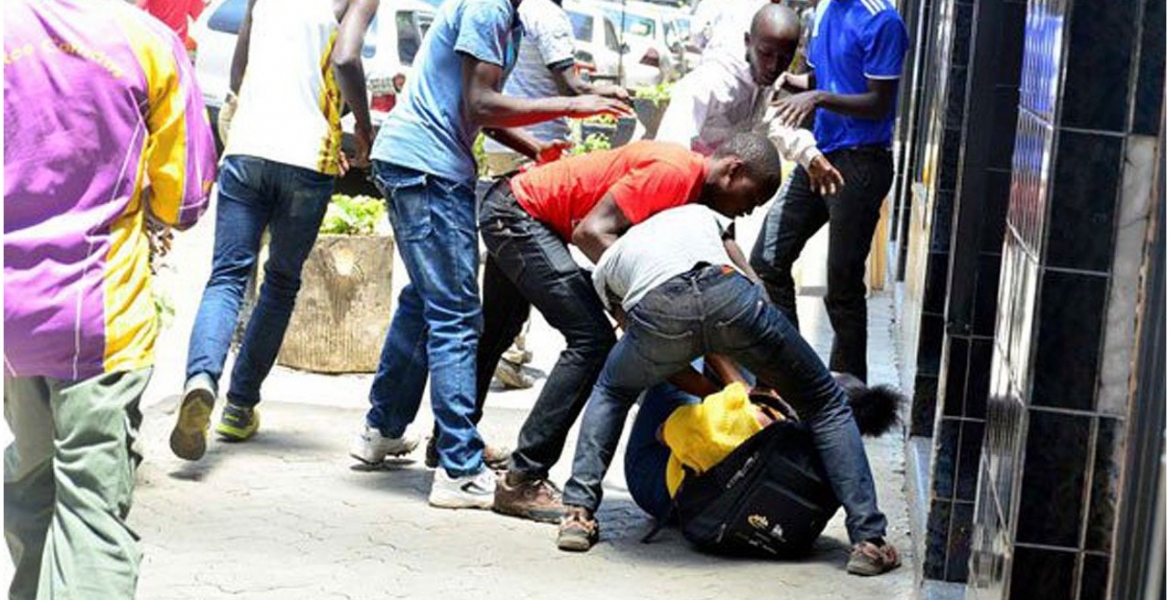 A multi-agency security team has been set up to deal with rising cases of crime within Nairobi and its environs.

Speaking on Thursday, Nairobi County Police Commander Augustine Nthumbi said several officers, including a special team, have been deployed to restore sanity in the city.

He indicated that plainclothes police officers have been tasked to address the situation as soon as possible.

At the same time, Nthumbi warned boda-boda operators against being part of the criminal activities and urged members of the public to cooperate with security officers in taming the crimes.

The move comes amid concerns about rising incidents of kidnapping, mugging, and robbery with violence in Nairobi and surrounding areas such as Kiambu, Kajiado, and Machakos.

On Wednesday, a video of daring thugs snatching a phone from an unidentified customer inside a Nairobi restaurant emerged online.

Another video clip showed a criminal stealing a side mirror from a car stuck in the middle of a traffic jam in broad daylight.

Many Kenyans have reported muggings and attacks within the city in recent weeks, with some happening in broad daylight.

The Directorate of Criminal Investigations (DCI) recently urged Kenyans to report such incidents, saying most perpetrators walk free when no charges are preferred against them.

“Many are scenarios when suspected muggers go scot-free even after they have been arrested along various Streets and Walks within the CBD as the few who report at the station fail to pursue their cases or never turn up for hearings,” DCI noted.

People are poor and struggling! Look at this clueless leaders.

Your crazy brothers and sisters are the ones stealing every where @ ceneca! Why are you involving the leaders in your family criminal network? Do your job of controlling your outlawed thugs and then pass the bucks to others.

You are always wanting something for free @ceneca! A typical luo mentality if I may add! When are you gonna work for what you can get?

And you stop working on other people's pockets...look at this poko! You are ruining the nation. Our tax payers money...mnaiba! Tumwizi utu madoadoa...mbu business, hardworking...why are you not succeeding abroad with your criminal "business" tendencies. Foko jembe!

Kill the thugs right in place! We don’t have room in jail to hour any criminal at public expense.

Does the DCI know that there are policemen conning people money by promising to help them collect debt for them from those owing them? The policemen take money from desperate Kenyans knowing very well they'll not help.. The poor mwananchi ends up incurring more lose. Who cares about the mwananchi?

That's why we like Njonjo...we need to reinstate SHOT ON SIGHT LAW.

As the gap between the rich and poor widens this will continue to happen.Thanks to social media the fake till you make it generation otherwise known as millennials like to show off.Unemployment is at an all time high people are idle what do you expect.Maybe it is time to start shooting them dead but that requires regular Nairobians to be armed which will remain just a dream.Police cannot be everywhere all the time and in attempt to record the criminals you risk your phone being snatched basically be the next victim

The police themselves are broke and hungry too! Kenya has no leadership...the poverty, unemployment, underemployment, corruption. Now they will start shooting cellphone thieves as govt looters stay put; forcing hunger stricken Kenyans to steal phones.

Comrade Seneca...they are just MENACE TO SOCIETY. KILL THEM.
IF THEY ARE FRUSTRATED WITH THEIR LIVES, THEN THEY NEED TO REVOLT AGAINST UHURU AND GOONS, NOT ON COMMON MWANAINCHI..PERIOD.

How much is the report fee nowadays?

This is a warning to diasporans. When you land in Nairobi, don't be dressed in those expensive outfits which sell you out. Be dressed in cheap Walmart clothes-the ones which make you look like an ordinary hawker from Gikomba.

no coming to Kenya