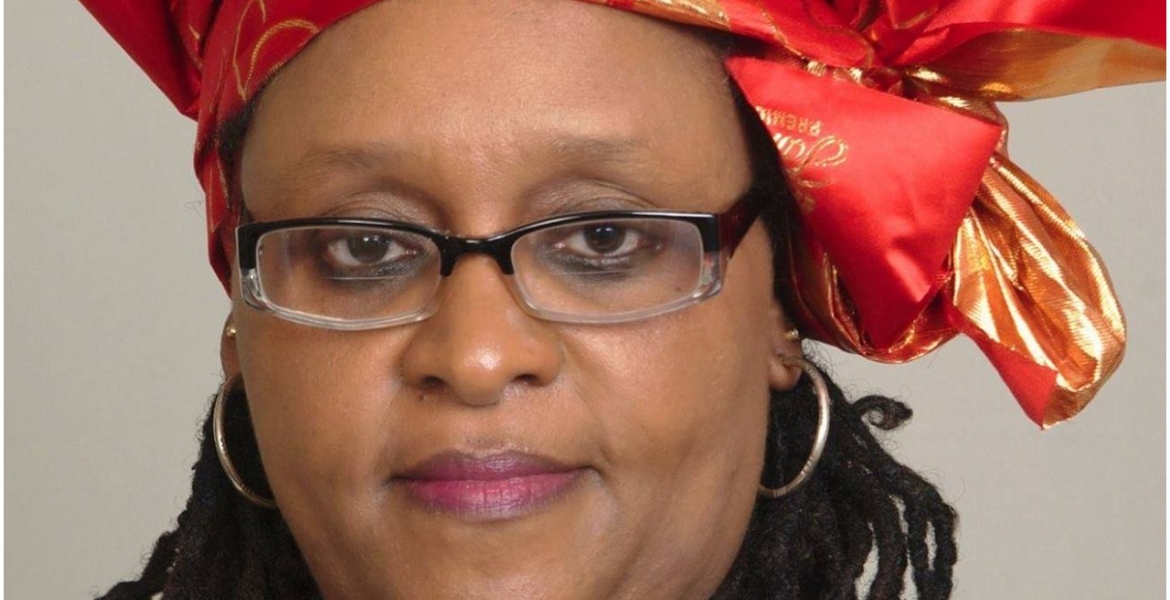 Kenyan-American Esther Ngotho has joined the race for Beverly mayor.

Ngotho, a resident of Bridge Street in Salem, Massachusetts, took out nomination papers for mayor on Tuesday, making her a candidate in the race seeking to unseat incumbent Mayor Mike Cahill.

The 55-year-old native of Kenya holds a Ph.D. in public health, a Master of Arts in emergency and disaster management, a Bachelor of Science in nursing, and a Bachelor of Education in business administration.

Ngotho has served on the Beverly Human Rights Committee, the Beverly Democratic City Committee’s affirmative action, and outreach subcommittee, and on the boards of the Refugee Immigration Ministry and the Massachusetts Alliance Against Predatory Lending. She also ran for City Council at-large in 2017.

Ngotho says she has 30 years of experience as an educator, nurse, and “voracious health and anti-poverty advocate.”

“I plan to use these assets to give the disenfranchised people in Beverly a tenacious advocate,” she said in a statement.

The other opponents of Mayor Cahill are Beverly police officer Dana Nicholson and businessman Marshall Sterman.

To get on the ballot, candidates are required to file nomination papers with the signatures of 100 residents by August 10th.

Residents seeking to run for office have until August 6th to take out nomination papers.

A preliminary election, if necessary, would be held on September 21st while the final election is slated for November 2nd.

Esther Ngotho,GOODLUCK Ma'am.
Problem will be that most Kenyans in USA don't want to see their fellow Kenyans succeeding.
They still hold on to this crap of ...
Sisi ni wa KIAMBU.
Sisi ni wa Eldoret.
Sisi ni wa MARANGA.
Etc.. etc..
All I know is if all DIASPORA besides where they come from...it's hers to lose.

This has to be one of the most ignorant posts I have ever seen on Mwakilishi ( and there have been many!!!)
So your bright ideas is that all diasporians should/can vote in Beverly, MA??????

we al can’t vote for her we want d to. We vote in our home counties and states. There are 50 states in US and she is only contesting in one city.

When you win can I score a free lunch in one of those swanky restaurants of Beverly .Good luck because Beverly has very few non white residents but you just might win .That crazy Hispanic woman known as Alexandria Cortez is some sort of MP for New York and so is another Somali woman who is currently a side chick to a white dude in Michigan .Airheads who were crazy enough to run and somehow got in.

This lady is qualified totally.

Once dirt is dug from social media . It will be a regret

The way it works here is that you first publish a book to sanitize yourself....the American way

Go for it Ms Ngotho!

Go for it Esther. In our prayers. May THE LORD JESUS grant you Favor and success.
All to The glory of HIS HOLY NAME

@ Leah Ndungu, are you not being abit affair here? Why should the Lord grant her favor and success?How about if the opponents have better qualifications,everything being equal.
So if the opponent wins,then we should assume that The Lord had all along made up him mind,but did not just tell you so...?
People will select the best candidate.Sorry,no amount of pray will change the outcome.

You go sisto! what can we do to assist? I myself wanting to get on the Newton Biosafety Committee

So you will vote for her only if you can get a favor in return @ceneca? Really! I have heard that many times before.

First be elected as a member of the city council Wakujue.

All the best. But don't engage in any scandal.

Go for it mama

Go Go for it mrs Ngotho?An one of the guys who don’t give a hoot how educated Paperwork somebody is coz we have many educated Stupid fools in our parliament/house of commons/Washington DC or all over the world but if you really r one of those educated ones who wants to bring change Go for it.

I didn't know mayoral is that lucrative to a point that a phd holder is yearning for it...:)

Go For it Gotho, why not?