93 Kenyans Have Died in Gulf Nations Since 2019, Government Says 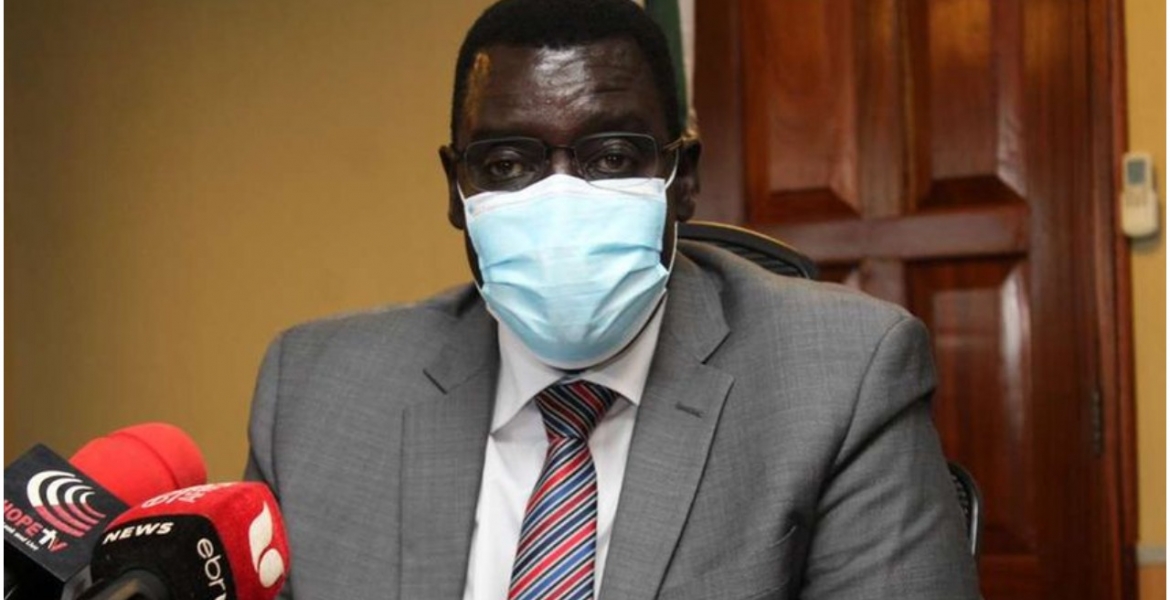 Nearly 100 Kenyans have died in Gulf countries in the past two years, the government has said.

Appearing before a parliament committee on Tuesday, Labor Principal Secretary Peter Tum said 93 Kenyans have passed away in the Middle East since 2019.

He told National Assembly’s Labor and Social Welfare Committee that the fatalities are from the 87,784 employments the ministry has facilitated in the Gulf region.

Tum pointed out that most of the deaths are attributed to cardiac arrest and COVID-19 while others were caused by cancer, childbirth, respiratory complications, tuberculosis, and meningitis. There were also cases of accidents and suicide.

“Since January 2019, the ministry has received reports of 93 deaths of migrant workers in the Gulf region,” Tum told the committee.

But nominated MP Godfrey Osotsi, a member of the committee, disputed the figures saying the numbers downplay the real problem facing Kenyans in the Gulf region.

Osotsi demanded that the ministry gives a comprehensive response detailing all cases of deaths of Kenyans in the region.

“The responses are misleading to the Committee, in one year alone, we have 20 cases from Vihiga County alone,” he said.

He further questioned the recruitment process, saying hiring agencies are to blame for the inhumane treatment Kenyans are facing in Saudi Arabia and other Gulf nations.

THIS IS ONE DAMNDEST ARGUMENTS EVER.
I SAID IT ONCE...BLAME IT ON COVID.
WE ALL KNOW THAT 99.99% OF THESE DEATHS WERE MURDERS, BUT UHURUS GOVERNMENT HAS BEING BRIBED, MONEY HAS CHANGED HANDS OR THEY CHICKENED OUT.

Very true. Just know if you wk for these fools you’re working in a zoo and animals strike.

Peter Tum should be fired....Kenyans in Saudi Arabia are dying of Cardiac arrest and Covid? The hell!

This is PR orchestrated by the Arabs as the Olympics get closer. They want to do some damage control here. Some cash exchanged hands in favor of abetter image.Certainly dying of cardiac arrest sounds better than," Many Kenyan domestic workers have died under brutal, barbaric and horrific inhumane treatment by their Arab employers".

This government does not care about the killings and assault of Kenyans in the Middle East. Besides, the country is overpopulated and without jobs. Any volunteers willing to face death can go ahead.

Peter Tum is one of the sellouts standing on the graves of Kenyans dying in Gulf nations. Its one thing to turn a blind eye to this modern day trafficking, but to be cover for them by lying about cause of death is debasing and pathetic. Kenyan leaders have really failed their own.

Just for the record: I have spent the last week firing emails to Saudi embassy here in the US, Kenyan Embassy in Saudi Arabia, and all UNHCR emails I phished online. I told them I will pick it up with my representative in Congress if nothing is done. And boom, Peter Tum gives a stupid answer. They were reading those emails each time because I track my emails. All of them read those emails.

For effect: I send photos of the murdered girls with subject eg: Esther Thuku, murdered by Saudi Arabia; leaves behind young children. No compensation, now sorry. There was Aluoch at only 24, 2-nd year university student who took a break to look for fees - murdered by Saudi Arabia. Then the latest one who gave an interview on Tuko; forced to insert enemas in a fat Arab woman...burnt by husband but escaped thanks to a Diaspora Kenyan, Mr. Kariuki in Maryland or PA intervened. Now if it’s the Mwakilishi dude, good job! Now, we have established that Uhuru cannot protect Kenyans. So it is up to us to make this noise. An injustice in any corner of the world is an injustice everywhere to paraphrase Dr. King. Arabs enslaved and killed off Africans; castrating and butchering them before the Englishman started shipping our people to grow cane and cotton. They got off easy and they continue with their brutality. If they can kill their own (how they slaughtered Khasshogi), our sisters, daughters, nieces have no chance with these brutes. Totally barbaric!!!

This is like slave trade.
It’s modern day slavery.

I recopy this message again….do your own research and don’t be misled by the PR lies from these so called officials ‘masters of cover-ups!! Its a new world nothing can be hidden or conspirated any more. Like I stated in a similar post here…

Be warned you all, selling of body organs is a huge lucrative business in Saudia! Once you are ‘hired’ as a maid, they begin making life a living hell for you to get frustrated and report such to your people in kenya so that a narrative is crafted that you committed suicide after they kill you to steal your kidneys, heart, or liver. When you see sawn cuts on your deceased body and inquire from secondary post morterms why the parts are missing, the explanation is they were removed in saudia as part of the initial post morterm done there!! Go figure out!!! DO NOT sEND yourself or anyone else to Saudia OR Yemen! Its a death warrant!!

push itself to others and get rejected more and hurt.

Yes we can yes we can.