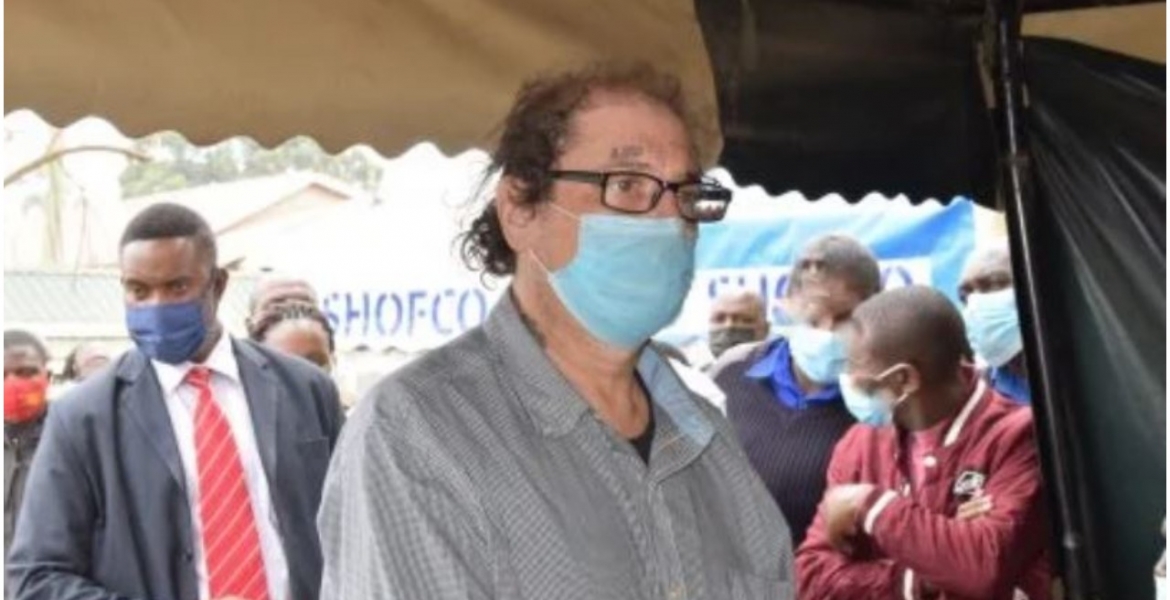 An Italian national who admitted to stealing a car from a taxi driver in Nairobi has walked away scot-free.

Maurizio Monticelli stole the vehicle worth Sh1.1 million on July 3rd after requesting the driver to drop him in Nairobi CBD.

After driving for a distance, Monticelli told the driver to stop at a gas station to buy some cigarettes. He then asked him to go and check whether the shop at the filling station was open.

Unaware of his customer’s intentions, the driver left the engine running and Monticelli jumped in the driver’s seat and sped off towards town.

The taxi driver, who had been hired by Amos Kalawa, reported the incident at Parklands police station in Nairobi.  Police later tracked the car to Shanzu in Mombasa and arrested the Italian man on July 13th.

He was arraigned at Kibera law courts where he was charged with two counts of stealing and handling stolen property. Appearing before resident magistrate William Tulel, Monticelli pleaded guilty to charges leveled against him.

The foreigner did not receive any punishment after the car’s owner pardoned him and dropped the charges. Kalawa withdrew the case, saying he did not wish to pursue it any further as he recovered his car.

Corruption at its best! These lunatics will do anything because they know they will go free! What a hustler country?

Looks like there was some under the table deals going on...

Got his car back, plus cash under the table good deal I'll take it let the Mzungu go!!!

If it was Black, he would have been Squeezed properly for "The mere failure to pay KShs.200".

This Italiano may again Steal and even Kill and Destroy).

Knowing how judges are bribed coupled with delayed cases and flight risk, the owner decided to accept a nice check from the Italian. Who wouldn't do that with those kangaroo courts?

Negros are brainwashed , manipulated ,abused to confirmaty beyond repair

If another negro did it would have been killed by negroes

If he was a black he would have been punished badly

Thought a case of theft over kshs 500k will be perpetrator vs state?

White privilege in Kenya. Turns out a white dude stealing a car is a lesser crime than a black man failing to observe Covid protocols...

I will repeat.
We have two sets of laws in Kenya.
One for those with money.
Two for the masses.
One guy stole underwears and got what?

This is a perfect example of out of court settlement...Moving on...

Very well agreed. We got to learn not to be calling corruption on anything. The complainant in this case, even though having reported a crime of theft, withdrew the case after out of court settlement. Has nothing to do with police or judges.

I was under the impression that if one commits acrime,they should be punished. I dont understand why the victim has to make that decision: to punish or not to.

Liberal laws courtesy of liberal constitution makers from hell. Every crime is negotiable and bailable but for the poor they get a taste of hell for stealing a 1 legged chicken or not bribing police with sh20

Every crime is negotiable and bailable no matter how serious except if you are poor. A disaster waiting to happen