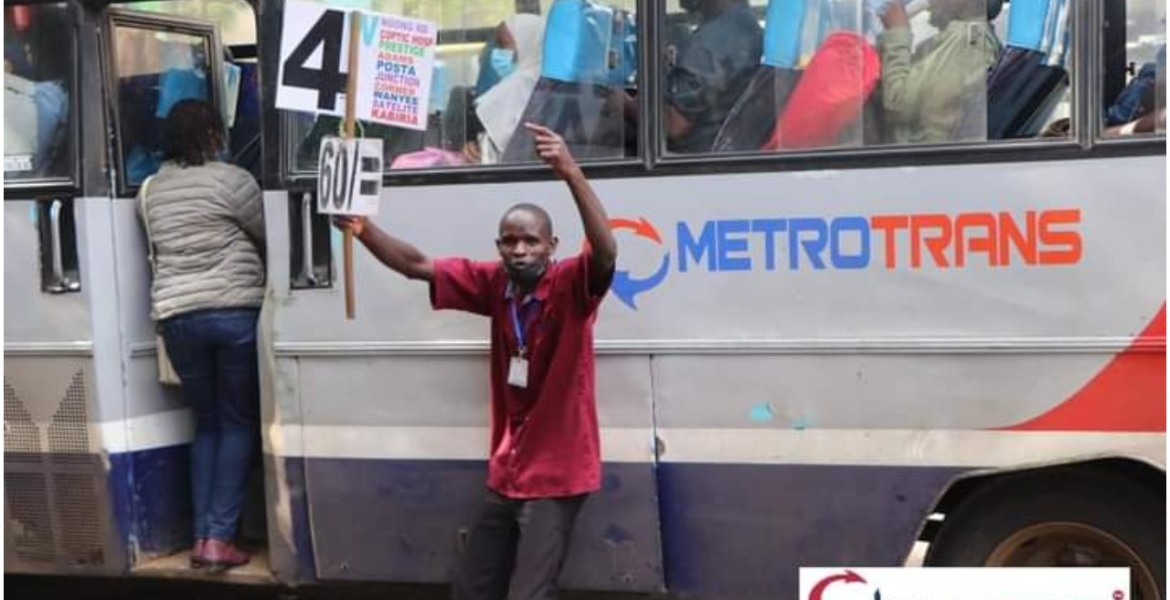 Metro Trans East Africa Limited has rewarded its employee who returned Sh200,000 to a female commuter.

Doreen Nyamuzi had boarded a Metro bus from Nairobi CBD to Kabiria in Dagoretti when she forgot an envelope containing Sh200,000 in the public service vehicle.

The bus conductor Jobson Motari saw the envelope on the seat and found money inside when he opened it. He kept the envelope and returned it to Doreen when she came back to look for it.

"She was seated next to me and forgot the envelope when she alighted. So I opened it and found money inside. I went to town for another trip, and on returning to Kabiria, I found her waiting for me, and I returned the money,” Motari told a local news outlet.

Doreen revealed Motari’s act of kindness through her Facebook page, saying the money was meant for her mom’s medical bill.

"I boarded a matatu from town to Kabiria two weeks ago and left an envelope with KSh200,000 in the vehicle. I was going to pay my mother’s hospital bill. Luckily, I asked the conductor, and he returned my envelope.”

On Tuesday, Metro which operates on various routes in the city announced it has rewarded Motari for his kind gesture.

"The company offered him a token and allocated him a permanent fleet to work with," the company said in a statement.

Motari, who hails from Kisii, holds a diploma in IT from the Technical University of Kenya and has worked with Metro Trans for two years. He is a father of two.

So we can all agree that people don’t steal because they have less; it’s because their character is right. The conductor returned the money which is 200 times his annual salary; yet we think we need to pay our politicians more so that they don’t steal

There is absolutely no way that money is "200 times" his annual salary. We are talking Kenya Shillings not US dollars.

Can this guy put his MPESA number we can wire him money .

The word is “honest” not kind. Glad to see decent Kenyans out there.

This is the kind of person that needs a “gofundme”. Kenya needs to reward honesty which is rare from top down.

That is so true our leadership from top to bottom just see public coffers ready for grab, and they dishonestly continue stealing. They need to borrow this guy's leaf.

What was the reward and do we have go fund me in Kenya?

mwakilishi get hold of this man so we can mpesa him something!!!

Folks, the fact that most here are reacting with wonder,surprise,and reverence is a testament to what our society has come to. An act of doing the right thing appears to be so unexpected that when it happens people almost dont believe it. This should not be the case. If we only applied the golden rule in our every day lives such wonderment from acts of doing what is right would not surprise anymore.Yes we can do it.
@Job,yes it the evil in our hearts that makes us do evil things.Poverty is just an excuse,and at that arelative matter.If we pursued richness of the heart,that would be more rewarding than pursuit of material property,especially one motivated by avarice.As the good books admonishes us.

I agree this guys is clean more than all the leaders in kenya who have looted for their children,the dynasties who have stollen lands/molasses companies for their selfish immoral demonic needs.Send his mpesa number we send him something.He is a good kisii guy compared to many Kisiis I have come across.🤣

The world need to have a million of these kind of people. Atleast there's hope all is not lost in the society. This guy need mashunjaa day recognition and alot more. Mwakilishi contact please.