My Loyalty is to President Kenyatta, Jimmy Kibaki Says as He Distances Himself from Ruto 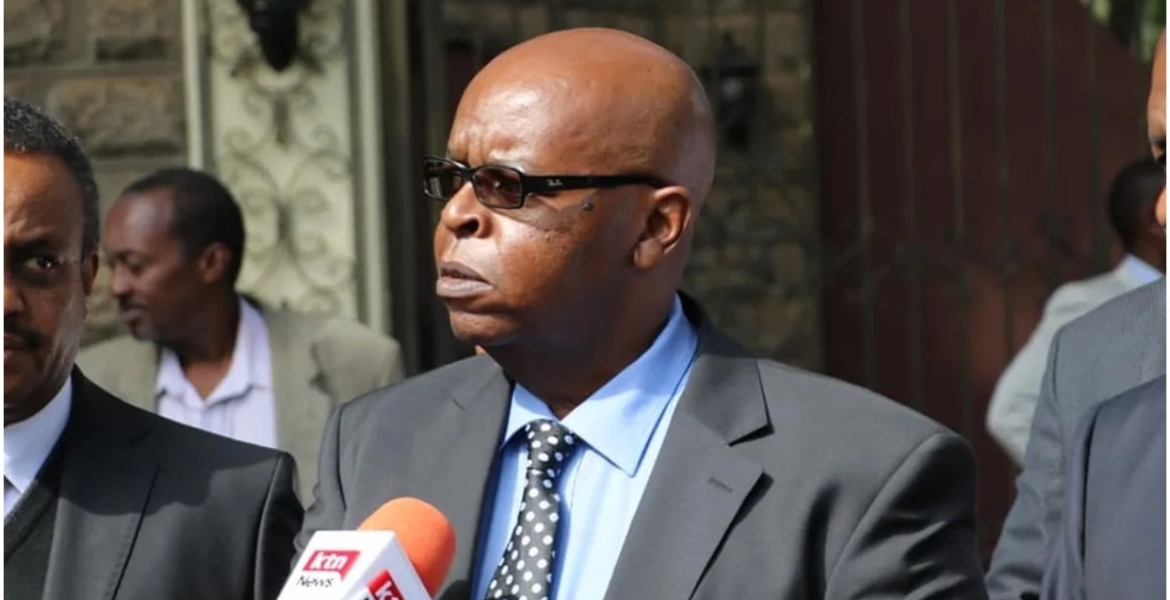 Jimmy Kibaki, the eldest son of the late former president Mwai Kibaki, has distanced himself from fake social media accounts linking him to Deputy President William Ruto and the Kenya Kwanza alliance.

Kibaki says he was alarmed by the number of bogus Twitter accounts impersonating him by alleging that he has thrown his support behind the Kenya Kwanza alliance and Ruto’s presidential bid ahead of the August 9th elections.

“It has come to my attention that there are several fake Twitter accounts impersonating me, and purporting to imply that I support the Kenya Kwanza political formation. I would like to take this opportunity to inform Kenyans that they should ignore all fake and preposterous announcements emanating from these delinquent imposters,” Kibaki said in a statement on Friday.

Kibaki went on to declare that his allegiance lies solely with President Kenyatta, citing a 62-year-old relationship between the Kibaki and Kenyatta families.

“Any right-thinking Kenyan who understands the 62-year relationship between the Kenyatta and Kibaki families will know that my loyalty to President Uhuru Kenyatta is sacrosanct, and our 50-year-old friendship endures,” Kibaki stated.

He added: “As to who I will vote for in the upcoming presidential election in August...as the voting is by secret ballot, my vote is, as it is for my fellow citizens, my secret.”

I knew Jimmy was not a dummy although he grew up with a silver spoon in his mouth. He can easily tell a thief and conman from a far distance. He knows Ruto was always against the good work the late Baba Jimmy did.

The Kikuyus are beginning to take a second thought about Ruto, a guy who insults every wealthy kikuyu to include Uhuru.

Time for kikuyus to stand up and vote away this conman and mega thief Ruto!!! Chickens are coming home to roost after realizing how much of a conman Ruto is.

Every Kenyan must stand up against voting for Ruto and his UDAku team. Ruto will finish kenya if he is elected president. The man is a thief and no person with a shady character should be elected president. Our country can’t be led by a thug.

If jimmy Kiguoya had the balls to say where loyalty lies he should have had the balls to say his vote goes to huyo baba yenyu 😂 it’s obvious he won’t vote for him and we know who he will vote for! Again raila is a cancer that has been reoccurring for decades and it’s time to get rid of his old a** for ever!