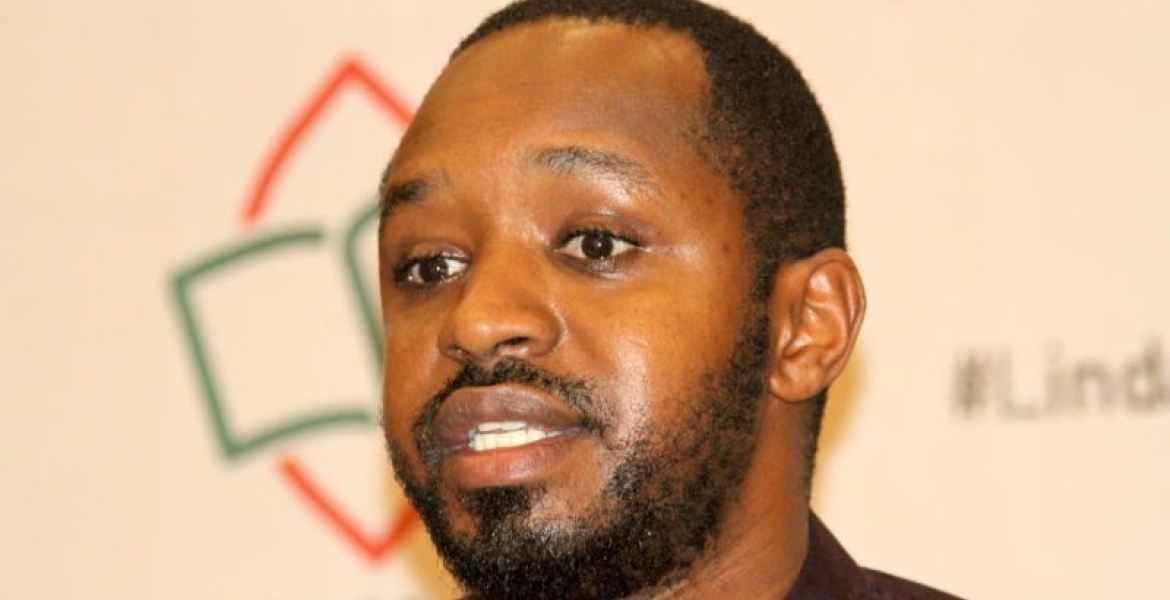 Popular human rights activist Boniface Mwangi has blasted the US Embassy in Nairobi for allegedly refusing to grant a bereaved Kenyan woman an expedited visa interview.

Through Facebook on Tuesday, Mwangi said the mother needed to travel to the US to attend the burial of her daughter but the embassy declined her request for an expedited visa interview.

“That a mother won’t travel to the US in time to bury her daughter because U.S. Embassy Nairobi won't grant her an expedited visa interview is a sign that their visa process is inhumane and backwards,” Mwangi noted.

While calling on the Kenyan government to address the matter, the activist lamented that the US embassy collects millions of dollars from thousands of Kenyan visa applicants, but only grants a few visas.

“We can’t have them minting money from poor Kenyans. Our government must pass a law that unsuccessful visa applicants must get a percentage refund of the visa fees they pay to western embassies. More denials than visas are given and it’s time we stopped this money minting business from foreign embassies,” Mwangi said.

He added: “It’s time we did something about these exploitative behaviors by former colonial powers who get visas on arrival in Kenya. Our foreign policy must protect our dignity and money.”

The US charges an application fee of USD$160 (about Sh18,000) for the most common nonimmigrant visa types such as tourist, business, student, and exchange visas. Most petition-based visas, such as work and religious visas, are USD$190 (about Sh22,000).

How about a full refund on denial. Thank you Boni, this I support fully.

No empathy leave alone compassion for those who are grieving!

Inhumane is the exact word choice to describe the wabeberu, i don’t mind adding diabolical to that!

The fee is much much more for students, it's $160 + $350 SEVIS. When rules were being written, SEVIS was supposed to be for foreign students already in the US. It's a fee paid to homeland security for students in US, not students who will be denied visas. Its was never meant to be extortion, but the embassy turned it to one. The US Embassy made it a requirement to apply for a visa. In total, a student pays $510, and the interview is then slotted to 2024. That is Democracy and Human Rights.

Wapi petition? It is time these bullies stopped stealing from Africans while also abusing them.

@Mūgīkūyū & @GG unfortunately when you file, the fees are clearly stated to be non refundable and there isn't much the Kenya government can do about it. The same holds true when you file for a green card or naturalization and those fees are steep. The problem is that someone coming from an African country is more likely to be denied a visa for reasons rooted more in racism and preconceptions than anything else. Meanwhile the Kenya government will issue visas like candy to all and sundry.

I sympathize with the mother but Mwangi & Co.should stop blaming MAKABURU for the mess in Kenya.All applicants know there is no refund when applying for VISA.He should fight the Kenyan corrupt system as no one would travel abroad if laws were equally enforced to fight corruption,the “parents” of poverty was tamed.Right now Uhuru leads a group of untouchable elite thugs who loot everything to the extent that FOOD and MEDICINE are LUXURIES.

Mwangi.. you do know that the USA is not a former colonial power....? Also this seems like misplaced rage. Shouldn't you be pressing the Kenya government to create an environment that makes it citizens want to stay in the country instead of riling against the Visa fees for another country?

I fully agree with you sir.
Something need to be done as a matter of urgency to protect citizens from this exploitation.
If it was being done to them, they would have raised alarm long time ago.
Good job here Mr Mwangi.

https://www.youtube.com/watch?v=X2q98odZz2U......Mwakilishi why did you remove some of my comments?

The days of getting a visa upon arrival are long gone dude. Kenyan visas have to be applied online accompanied with a letter stating purpose of visit. Single entry Visa will cost you between $51-$100 depending on the country/citizenship.

Boni you're absolutely right and to make it more effective start up a twitter link on this issues will burst into flames and that's the only way they'll heard and understand the magnitude of it better...congrats!

Way to go Mwangi. I am with you on this. This is thieving of the highest order. Nikama " mchele". To my dear Kenyan dreamers, love your home. Majuu is not what it sounds. Enjoy your ugali na managu in a relaxed atmosphere than a McDonald's under anxiety and constant stresses.

Welcome to the reality! The toughest dog carries the day! Chihuahua does all the barking and dking’ the blanket!

As much as I agree. I wonder why we have kenya embassies abroad and foreigners get VISA on arrival. Never heard a foreigners denied entry

Kenya Embassy in Washington DC. They earliest you can get an interview for new passport is 2024. I am not kidding. Waiting for 2 years to get your biometrics taken in DC.

It's about damn time.. Speak on brother, speak on.

Visa application fees should be what Kenya charges Americans when they apply to come to Kenya. All these foreign governments continue to suck our blood. We need Asia more.

I just wonder how many people in developing countries would be applying for US visas if the process was made simple. In a nutshell, millions.

Simple fix. Don’t apply coz you know the rules already? The lady however should be expedited to go bury her kid.