Over $18,000 Raised for a Kenyan Psychiatric Nurse Stabbed at Work in the US 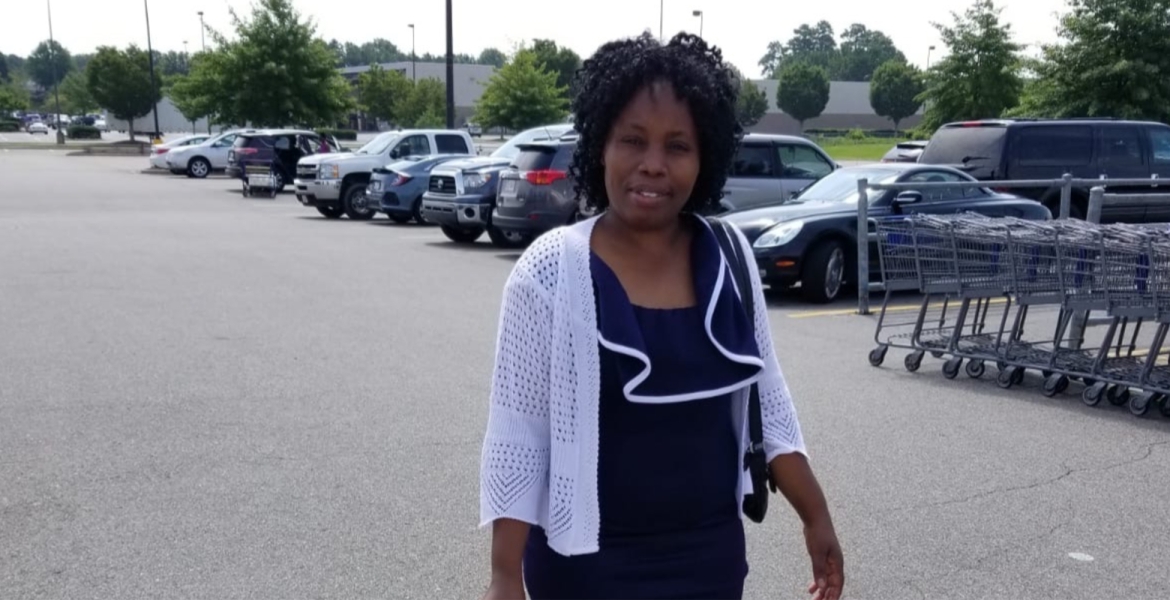 More than $18,000 has been raised to cover the funeral cost of June Onkundi, a Kenyan psychiatric nurse who was killed by a patient while on duty in Durham, North Carolina on October 18th.

Over $18,000 of the $100,000 target has been raised through a GoFundMe (https://gofund.me/bf249a5c) created three days ago to collect contributions to support the grieving family.

Onkundi was stabbed to death by a patient in her office at the Freedom House Recovery Center in Durham. The facility provides outpatient treatment for people struggling with mental health or addiction issues.

WRAL News reported that Gomes has a history of violence against female health workers and had only been out of prison for four months before killing Onkundi.

He had a history of assaulting women while working as a janitor at Durham's Merrick-Moore Elementary School in 2005. In March 2019, Gomes attacked a clinical social worker at a Duke Health facility, according to court documents.

Onkundi, who leaves behind a husband and four children under the age of 16, moved to the US from Kenya at age 19.

Wow wow pole sana kwa familia.Am very sure thou 100% she joined nursing just like many many Kenyans who think only in nursing there is money.Pysc nurses gets paid good but if u know ur not into this nursing don’t join it coz of monies.Majority of Kenyans or Africans in usa joined nursing coz of money n my wife is included there.I know in some cases Ur forced to do nursing juu ya papers but u can still make lots of money following your dream.May the lady Rest In Peace.

That kinda absurd thinking ati "I am sure she joined nursing because of money." Don't generalized the kenyan community to fit in your narrative. Actually ER nurses are paid much way better than psych.. so there is a reason y she specialized in psych.. if your wife is included like u mentioned...that your issue..deal with her..n dictate to her to quit n follow her dreams as you wish!

The lady lost her life, kindly save your options and imagined bias, praying for her family. Sad but life happens and this is an example and it could have been any other way.

The dearly deported one brought up money as if there is anything wrong with wanting to make money. Murders happen everywhere including Kenya. It's sad and regrettable that she was murdered and by one of her own patients. The hospital should answer for this. To her family is only offer condolences but don't let the deported one twist this into something it's not. She was not murdered because she chased money, she was murdered by a criminal with a history of attacking women, attempted rape, assault, etc. Had he served his maximum sentence, she would be alive today

@halisi - i have often told you that you reason like a kalenjin dog drinking mursik! Your level of intelligence is the reason you got deported from the USA, and now you are even jealous of a Nurse who worked very hard in her profession. Shame on you idiot.

100k for a funeral? Better spend it on her children education.

Condolences to the family. But don't get me wrong but psych NPs make more than $100000 a year. Just saying

My condolences to the family. The employer should have insurance well above the $100K.

I don't want to sound crazy, but the Kenyan community in diaspora has turned burials like cash cows. If you want to build a nice house in Kenya or deal with your projects, just wait until your loved ones die, then milk it.

You are right. It's why I don't need any fundraisers and have said as much to family here and back in the 254. I have sufficient insurance to cover any and all expenses with a generous amount over and above the minimum required to cover final expenses. Further, hii mambo ya mazishi sitaki. Choma maiti and be done with it. Most employers offer term life at very low rates so I don't understand why so many of us ask for assistance to cover final expenses

It's a disgrace to suggest that Kenyans use death of a loved one to build houses in Kenya!
That's disgusting and a mindset that will continue to keep Africa oppressed