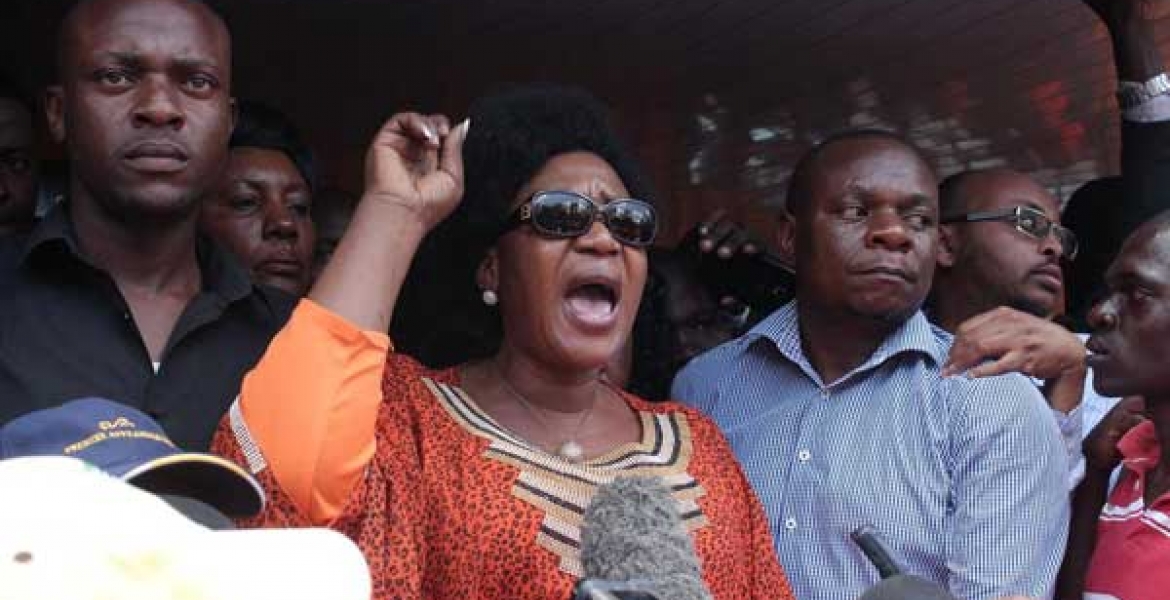 ODM nominated senator Elizabeth Ongoro on Wednesday stormed Orange House, the ODM headquarters, along with a crowd of her supporters to protest ODM’s decision to bar her from contesting the Ruaraka parliamentary seat. Police had to shoot in the air to disperse the rowdy protestors.

Ongoro claimed ODM had no valid reason to stop her from vying for the seat to challenge current MP Tom Kajwang in the party’s primary later this month.

"They have stopped me from vying without any substantial reason...I'm not intimidated. I will contest for the seat on a NASA affiliate party if ODM does not want me to,” said Ongoro, who is also ODM’s deputy secretary general.

ODM barred Ongoro from contesting in the primary after a scuffle last month in Mathare between her supporters and those of Kajwang left two people dead. The party instead suggested she runs from Nairobi Women Representative seat.

Kisumu Deputy Governor Ruth Odinga, in support of Ongoro, criticized the party for meddling with the nominations and demanded more respect for women candidates. "I support Ongoro and she should be allowed to vie in the constituency of her choice on an ODM ticket…We want ODM to have as many women candidates as possible."