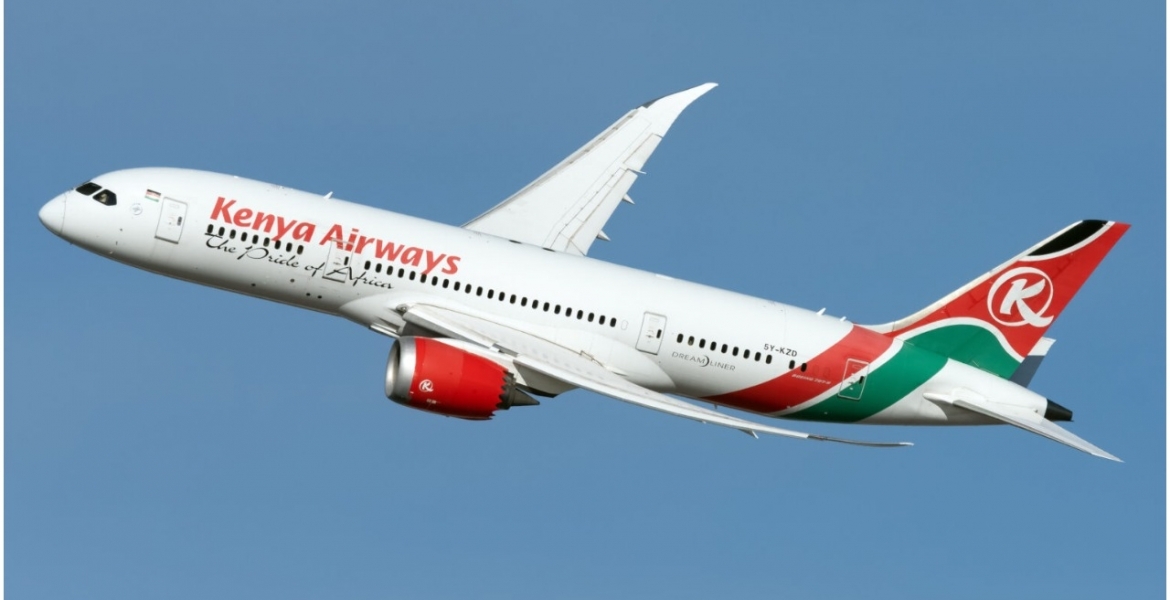 Kenya Airways (KQ) is set to determine whether the Nairobi-New York route is commercially viable.

KQ CEO Allan Kilavuka told MPs that the airline will make the assessment at the end of the year following the resumption of flights after a disruption occasioned by the COVID-19 pandemic.

He noted that the national carrier is currently flying to New York two times a week compared to daily in the year to March 2020.

“We are currently doing a cabin factor of 55 percent of our flights capacity and flying twice a week as opposed to seven days,” Kilavuka said.

He added: “We don’t think the route will be profitable in 2021. Flights have not resumed fully because we are doing 55 percent cabin factor and 60 percent load factor.”

Kilavuka pointed out that the earliest the airline can determine whether the route is profitable or not is at the end of this year.

Kilavuka was responding to Gatanga MP Joseph Ngugi who sought to know whether the New York route is profitable to KQ in the wake of the pandemic.

KQ initially projected that the long haul route would boost its annual revenues by more than 10 percent in 2019 and 2020.

Watu wa majuu wenye mnatumianga dege😊 wako na customer service mnzuri😌? And why would you or would you not fry KQ?

KQ is just too overpriced on air tickets on this route in comparison to other airlines like Ethiopian, Qatar, SAA, and Emirates! AND, they have very condescending and maringo sana customer service and flight attendants. They treat you like you are not a customer and they are doing you a favor. Unfortunately, they treat whites and arabs more favorably and with respect, but not fellow black africans. So shameful, reverse racism! SAD!!

Who would buy a ticket on an airline that is still deciding on whether to continue with the route? Unless one is travelling today/tomorrow and returning next week, that route is now doomed. KQ is in serious need of real management. And if the board is not willing to change or step down, government stop bailing out the company. Imagine BA thinking of cutting the LHR/NBO route, such information will not be in the open, until there is a final decision. This is not the kind of company plan to discuss in a public setting. Let's see how many JFK/NBO tickets they will sell this X-Mass season.

Question to the audience, has anyone taken the 15 hr KQ flight from NY to NBO? How was the flight experience and is it worth it? Flights are scarce this December and I’m contemplating taking KQ. Thanks in advance.

I have,it was the smoothest and fastest route...it's nonstop.it saves you the Europe route which can sometimes be challenging..so if you want a first flight,kq is worth trying..you won't regret it

I've flown this route round trip five times so far and never had any problems. The flight attendants are polite and friendly. The Dreamliner is so quiet you can actually sleep and they're always in time. KQ, please retain this connection, some of us have no reason to waste time going through Doha, Europe or Addis.

I flew with KQ, JFK - NBO both ways to visit my parents in September and it was the worst customer service I’ve ever experienced with an airline in my years of travel. The flight was delayed 8hrs in JFK, then the boarding crew was extremely slow and almost didn’t allow me on the flight for failure to obtain a visa prior. Once on the flight the entertainment is subpar but the flight attendant crew was just decent. I wouldn’t fly this KQ route unless it’s a last minute trip, during COVID, where I don’t have time for layovers.

I have made 2 round trips from NYC to Nairobi, the cabin crew are not friendly especially towards fellow Kenyans. They pretend like they can’t speak Kiswahili and yes they treat you like a second class citizen yet the ticket is unreasonably priced. I chose a different airline for my subsequent trips. I must say there was one crew member who was awesome though unfortunately I cannot remember his name. The ladies were terrible.

Sad to hear there's a consideration of stopping this flight. The hours one saves compared to flying with other airlines is just imaginable add to that you arrive fresh and minimal jetlag.

I've actually traveled twice with the airline and I was impressed. Everyone was very friendly.I had a good experience. The flight took 15hours and yes it's worth it. I prefer this flight because it's direct. I flew from Charlotte to JFK and I waited 21/2hours to board to KQ which is pretty fine with me. I hope they will continue.

I never have and probably never will.
My reason...I dont havethe tolerance for long haul flights. I even stopped doing Qatar and Emirates. I just want to have a max 9 hr flight, layover for 2-3 hr to stretch my legs. It doesn't matter that I will not save 4 hrs...I'm OK.
My preference now is KLM for North America to Kenya route.

I flew that airline once and was ok.. All I'm asking is you have good whiskey.. Who still drinks Bond 7..
Take up on a few more airports in midwest DFW/MSP/ORD, West coast LAX/SEA, South ATL/IAH etc.. you don't expect pple to fly across the US from California to catch a flight at JFK..
Get WiFi too on those planes it's a 16hr flight, let pple have the ability to chat and browse.. It's 2021 technology advancement allows this.
The crew has good service but not what they're serving.
I'm not supporting KQ at $1200 OW when Emirates has $400 tickets..
Kila mtu na mashida zake

I like the airline and have nothing negative to say. I hope to permanently relocate to South Africa via Kenya Airways in 2022. I didn't mind the 15 hour direct flight to Nirarobi and connect to South Africa. I will definitely be watching.

I used it twice and gave up. The airline is unreliable on this route and overpriced. The organization need an overhaul to be completive. Most of my clients have moved to other airlines even though they want to promote the KQ