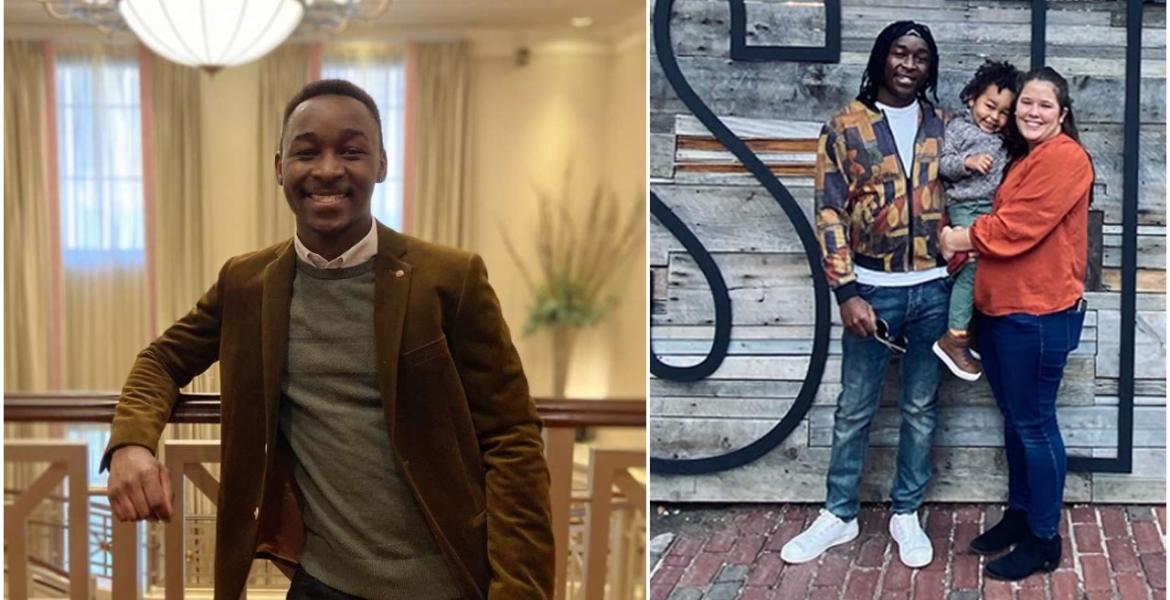 A 26-year-old Kenyan man was on Thursday killed in a multiple car crash at an intersection in San Francisco, California.

Sheria Musyoka was jogging when the accident happened at about 8:00 am on the northbound side of Lake Merced Boulevard at Higuera Avenue.

Authorities said eight vehicles, including a 2003 Ford Explorer that was reported stolen in San Jose, were involved in the crash.

One of the cars reportedly struck Musyoka, who was pronounced dead at the scene, while three other people sustained minor injuries and were taken to a hospital for treatment.

Musyoka had just moved to San Francisco from Connecticut two weeks ago together with his wife Hannah Ege and their three-year-old son, Theo. The two were married for four years.

"We saved up every penny we could for this move we wanted to find a nice neighborhood that was safe," Hannah told ABC7 News in an emotional interview.

She added: "We really wanted to be in the city, it was really important to me to be in the city. I wanted diversity, I wanted my son to grow up with others that looked like him. There were a lot of opportunities he could have in San Francisco and we were so excited. Our first week here was heaven we were so happy to be here to be on our own."

Musyoka saved up enough money working in Kenya to get to the US and pursue an education in political science at Dartmouth.

His proudest moments came in January this year when he obtained US citizenship.

RIP BROTHER.
Even GOD loves the best of HIS CROP.
Our heart felt condolences.

So sad, just starting out in life...may his wife and child find solace. Lala salama.