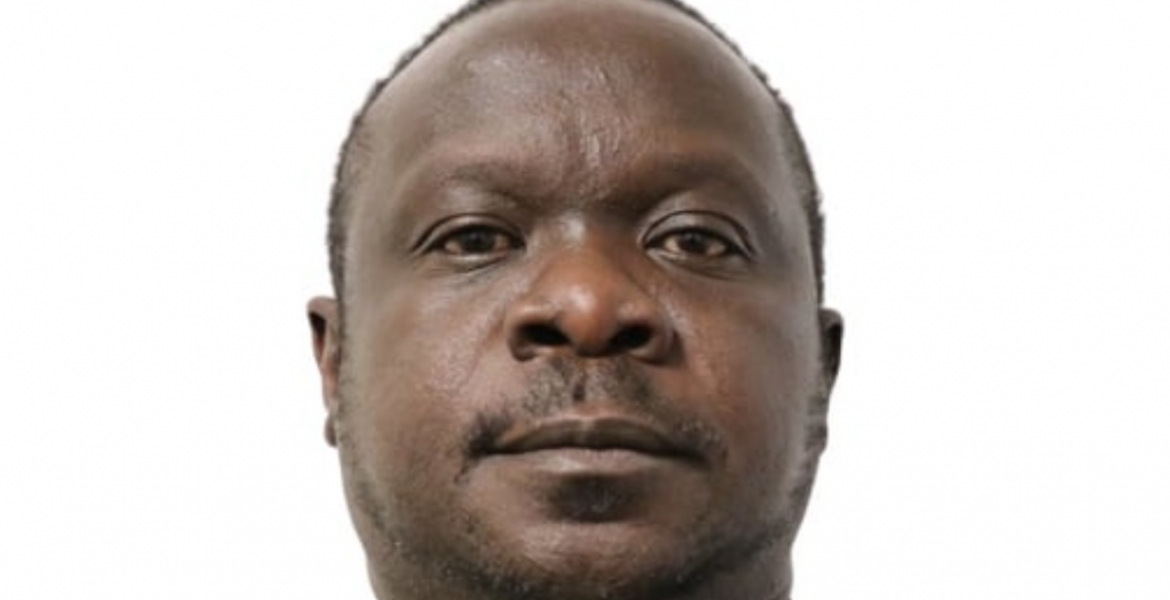 The Kenyan Embassy in the United States is mourning the death of one of its members of staff.

Onyuna, who was a member of the Embassy’s Consular team, was described as a “dedicated, hardworking and dependable team player.”

“Update on the burial arrangements will be communicated later,” the embassy said in an announcement posted on its Facebook page.

A big loss.Those who knew him can attest to his dedication ,and commitment to help Kenyans.He served very in his position.He shall sorely be missed. RIP.

The problem is that Kenya Embassy customer service is horrible. That gives the whole Embassy a very bad reputation. That being said. I do not know him but I pass my condolence to his family and friends.

@ Kenya, yes I have read,and head horrible stories about service at the Embassy.And yes, unfortunately,its the bad apple that spoils the basket.Bad image reflects on the whole embassy,but subjectively,Kenyans can tell which employees offer good service.And Andrew from what I have read and the service,I personally got from him,he is one of the good guys.
As for the continuance of subpar service,I hope the ambassador would address the issue.

The Flag should be lowered Half-Staff for Andy ,what a loss, he helped a lot of people that he didn't even know, unlike all the other goons who work there ,except for the other good guy the Walalo one .

May is soul Rest In Peace. He was so helpful to Kenyans who called or visited the embassy. He has personally assisted me in several occasions.

May the Lord God Almighty comfort brother Andrew's family and friends. He was such a blessing and always available to help. To be absent from the body is to be present with the Lord.

Pole sana to family and colleagues I remember he served us deligently during Huduma no. Process..plus one Walalo as mentioned..

Ooooooo! My sincere Condolences to the Family of Andrew Onyuna. I thank him for surving me in various places in the USA including New Jesrsey, and Boston apart from in the Embassy at Washington DC. He is a Person I am familiar with. He was a very free Person with Good Heart. What a Big Loss. God Place him in the Heavens. Fare the well. RIP Onyuna.

Met him once and he left an impression. I'm sad that he's gone. He went all out for 'us'.He didn't even know us. May God comfort your family and friends and give you peace. Thank you for your service sir. Thank you for repping JESUS. Now go rest at his feet.

Met him once and he left an impression. I'm sad that he's gone. He went all out for 'us'.He didn't even know us. May God comfort your family and friends and give you peace. Thank you for your service sir. Thank you for repping JESUS. Now go rest at his feet.

I personally know this lady at the Embassy for years we are in the same circles .when I needed a Passport I texted her just to see if there
Was anything she could do to help out She ignored my texts ,We bumped into each other at the Embassy and she acted like was trash or didn't like she had never seen me before.
"Ile Ufala ya Wakenya" seriously.

Was given Andrew's name by someone approached him and he was unbelievably helpful. Talking to people with respect and doing everything he could to help everyone .and also the Walalo guy very nice and helpful why can't the rest of goons follow these 2 guys examples seriously.

His face reminds me of an efficient embassy in DC, as I visited per-Corona days to acquire the new digitized passport. Never knew he was that popular, but I saw a guy that was really dedicated in getting this done, and done right. I know there is another Walalo at the consulate, that works as hard. Such a guy to emulate! Do we have such Kenyans back home(Nyayo House) that work like this gentleman did?
I highly doubt.

Well, the good ones are dying, the thieves and those putting our country at hostage with silly wheelbarrows are still alive and making the loudest noise. Surely if you are a true God (and I don’t doubt you), take out the undesirables, leave the good ones to serve your people!

Gosh, I didn't know him but heust have been a man in his own class...a rare gem. Never saw that many Kenyans agree on a topic... especially on an individual regardless of TRIBE!!!! Sad thing hell never know that people appreciated him that much. May his soul rest in peace.
Old guys, now let the walalo nice guy know that you appreciate his service. Hawa ndio wakenya halisi.

A very likable guy. Would try to help without any questions. I have lost a friend. Fare thee well Mabruki.

A good friend. Liked by many. Very friendly and helpful at the Embassy. Fare thee well Mabruki.

This guy was a rare gem in the consulate office here in DC, he went on his way and helped every kenyan regardless of where you come from. R.I.P Ochieng!

Andrew was such a great guy, he did his job diligently and he helped everyone with such grace. We should petition to name that little visa building as “Andrew House”

I second that.Since Andrew was a first in his own class,that would be such an honor,and aremind to those whom he served that he is still remembered for his dedication to Kenyans.

The big headed ambassador there won’t agree! He thinks his shit is made of gold! And, it does not stink like others shit that eat Mutura!

Yes I second the motion to Rename the building Andrew Mabruki House .

If only other Embassy staff would strive to be half of what Andy was and realize that they are public servants paid to do just that without attitude. RIP ANDY we have lost such a valuable humble person. The staff need customer service training and stop behaving like they are in Moi house.

Some of the Kenya embassy staff forgot why they were deployed to Washington DC!

The Johnny come lately to America bring along their nasty no working dirty ethics Kenyan attitude and forget their job is to serve Kenyans in the diaspora!

They see the first dollar and then they forget that some of us are cool and quiet dollar millionaires! I get goose bumps every time I approach the entrance of the Kenya embassy in DC!

They all suck big time from the ambassador to the regular Joe working there! The embassy should be closed down and all crowns working there fired and sent home! They are all stupid idiots!

@ Joe,if the embassy closed, things would be worse.I think they should hire Kenyan Americans who have been brought up in America,and have pretty good idea of what customer,and public service entails.What's so hard about doing things in an orderly matter anyway?

I agree with all the aforesaid sentiments - Andrew was the quintessential public servant, a class act a rare gem. Just one nice, kind human being. You could count on Andrew to get problems solved. Made us all proud to have been neighbor's in Nakuru. Rest in Peace