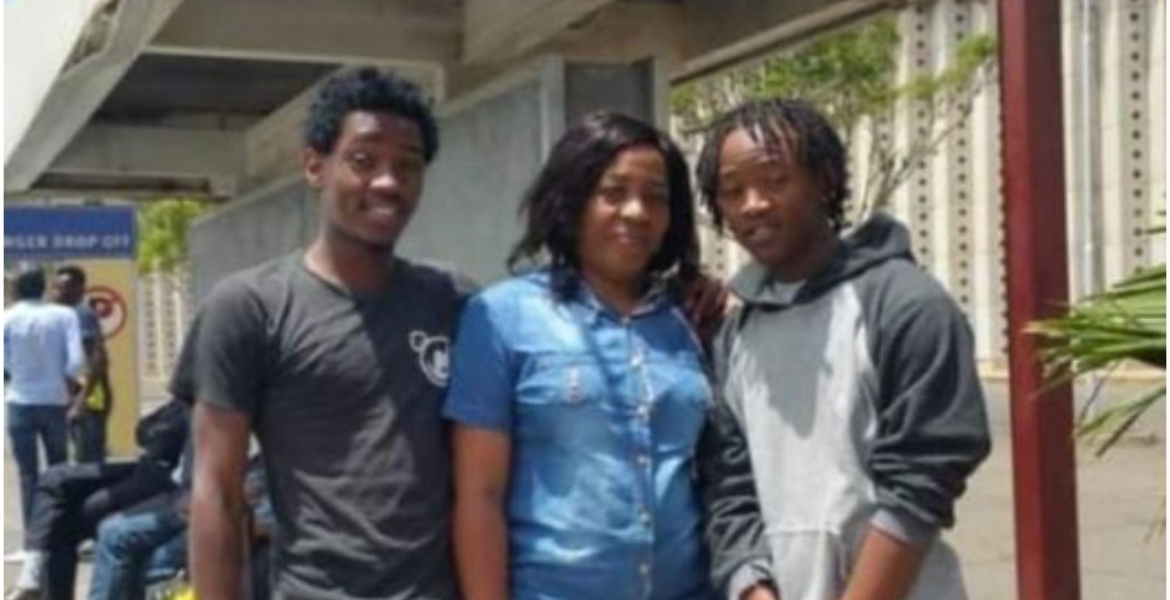 Lucy Wanjiru, a Kenyan woman based in the United Kingdom is mourning the death of her two sons who were killed in Kajiado County on August 7th.

Her only sons Fredrick Mureithi Wanjiru and Victor Mwangi Wanjiru were lynched by herders in Kitengela alongside their two friends Mike Onduso and Nicholas Musa on suspicion of being cattle rustlers.

A postmortem examination conducted on their bodies revealed that the four died of injuries inflicted with both sharp and blunt objects.

The family said the two brothers left their home in Syokimau on Friday to celebrate Victor’s 25th birthday in a relative’s home in Kitengela. The following day, the four went on an after-party motorbike racing between Kitengela and Isinya when one of their motorcycles broke down.

It is while repairing the motorcycle that they were ambushed by local herdsmen, who accused them of plotting to steal their livestock. All the four were killed on the spot and their racing bikes burned down. Police are still investigating the killings as they pursue the perpetrators.

Wanjiru, who moved to the UK in 2018 in search for greener pastures, could not contain herself as she walked out of the international arrivals section at the Jomo Kenyatta International Airport (JKIA) on Sunday. The last time she saw her sons was in 2018 when she traveled to the UK.

The two brothers will be laid to rest on Friday at their rural home in Karamton, Nyandarua County.

Such news are so depressing. Heavens!!

Wow this is sad , hope they find the murders

Oh Lordy, God give her peace, I pray.

Very sad.
Kenyans in diaspora need to call for reform in the Kenya police service.

There silence is going to cost their relatives.

This is horrible.
These four were killed by Kenyans fighting criminals.
Last week the police killed two brothers in Embu because of Covid-19 curfew.

Uhuru Kenyatta and William Ruto must go, their government is a failure.

Sad but okey with failed state leadership of elite gangsters.

Can the politician who was present and fired several rounds in the air, be identified? I am sure he/she has a lot to say about these senseless murders.