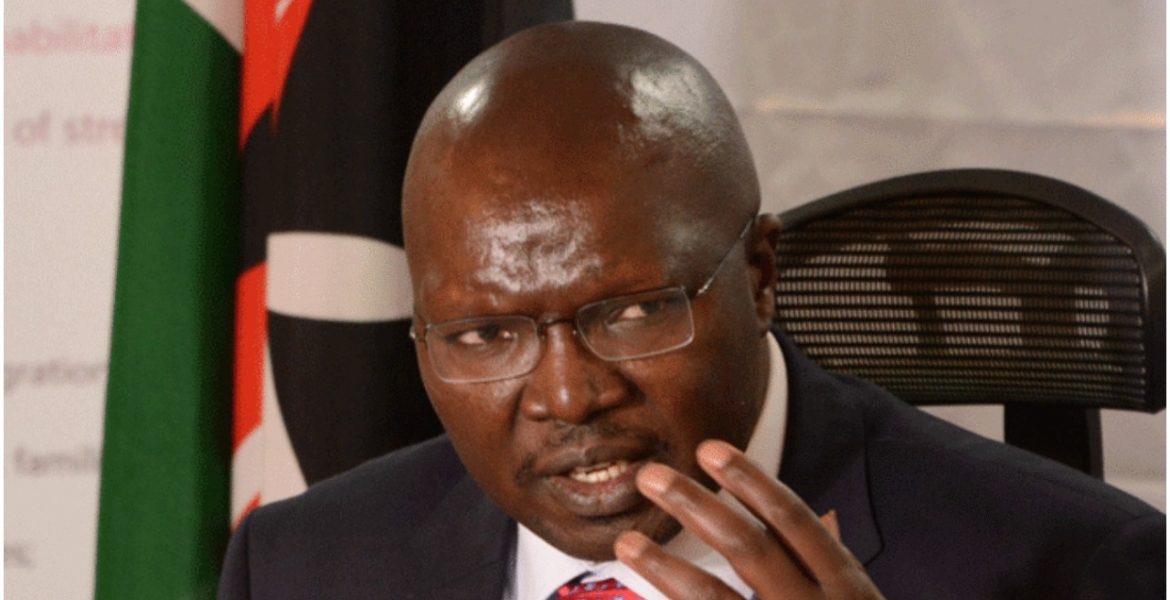 The government says it cannot account for 1.5 million Kenyans living and working abroad.

He noted that the 1.5 million citizens are not registered with respective Kenyan missions in their host nations, making it difficult for the government to trace and assist them.

“It has emerged that out of the four million Kenyans working abroad, 1.5 million are not registered with the ministry. How they migrated to these countries remains a puzzle, but it remains the government’s business to establish how they got there,” Chelugui said.

He added: “Ideally, we need to get them on board but it is very difficult, this is a voluntary exercise and if they are not forthcoming, we can only estimate and work with the leadership of the diaspora organizations that took them there.”

“ … remains the government’s business to establish how they got there …”
Seriously?

The devilish govt is not even ashamed on intending to registeri diasporans for taxation purposes.Cherugui and his thuggish comrades assisted no one to get a job abroad.After all why expect others to pay taxes for looting after paying salaries to idle workers including MPs,senators,governors and councilors?

Kenya government, "Charity begins at home".
The government should first work to protect and provide for the Kenyan's in Kenya first. Control the kidnappings, police brutality, health, unemployment, education, homelessness and hunger before you concern yourselves with those outside Kenya.
Once you take care of Kenyans at home, everything else will fall in place.

BS seriously assist with what ,what a joke . You can't even account for Kenyans in kenya let alone Kenyans in the Diaspora.

"....How they migrated to these countries remains a puzzle, ..." - as if anyone ever cared. What statistics do we keep ati ikue hii ya wanamajuu ndo puzzle????

If the GOK knows their number 1.5 million. That is a step. The question is what are they gonna do with the information the seek? They don’t seem to Help most diasporans in times of need.

@guesty, don’t be shocked…this may surprise you, there are over I 1 million Kenyans in Texas, Georgia, and Arizona alone!!! And yes, this is conc data that I have from churches and kenyan associations which I am currently active on!

I also live there but even SonofTetu might be wrong as I am not associated with any of those groups.I wish Cherugui says when the embassy is opened and the amount I will be charged for registering if the ID is $50?

All African from Africa could be 1 Million.
Kenyans alone are not even 1/4 a million.

This diaspora remittance is just movement of stolen public funds , wash wash & not a reflection of the funds Kenyans in diaspora are sending to Kenya.

@Guesty, that math is very wrong. There are about a million Ethiopians in DC metro. Minnesota has over 2M fake Kenyans aka Somalis. Nigeria has over 200M in their country and they use all means to get to USA. Half a million Liberians came to US in 1980s & 1990s as refugees.

Mmmmmm...naaah! Some people we are calling Kenyans are Americans born to Kenyans. When you go to the US consulate, there are less than 30k Kenyans registered in schools, and less than 100000 legally admitted Kenyans...their kids are Americans, though they will grow up claiming Kenyanship, until they are naturalized.Now, some places seem to have too much noise but very few Kenyans. I know a place that had 3 Kenyan churches, each with less than 50 people but the moshene would make one think they were over 10000 kenyans. Kupigana church etc.

What is the assistance given to those who register? I would like to hear of any effort that the CS has made to work with Kenyans in diaspora.

Why cant they take note of their abroad addresses and set a tracking database when they present their documents for renewal in embassies and consulates abroad? They already have this information electronically captured and stored. Problem of appointing illiterate ‘chelugui’s’ who can’t think outside the box and only go for an easier way out ‘ we don’t have that information. FOOLs!!!!

For what purpose do you want to know? We have been asking, to the extent of demamding to be involved in the country's general elections without success....try that action first, before asking us to register.

They are looking for you all hardworking diasporans .. doing triple shifts working hard. Dropping to daycare and the hustles well known to you all . Now they want to snatch your hard earned dollar. Sometimes you feel sorry for this govt . They should worry about the babies in there Neighborhoods with no food or shelter . Again Pple from gulf are crying for help and same government slaps there faces. Shameless

Last US Census counted 102,000 Kenyan and or Kenyan Origin. Using linear progression then number could be approximately 120-145,000. Nigerians in US are about 460,000 therefore impossible for Kenyans to be double that.