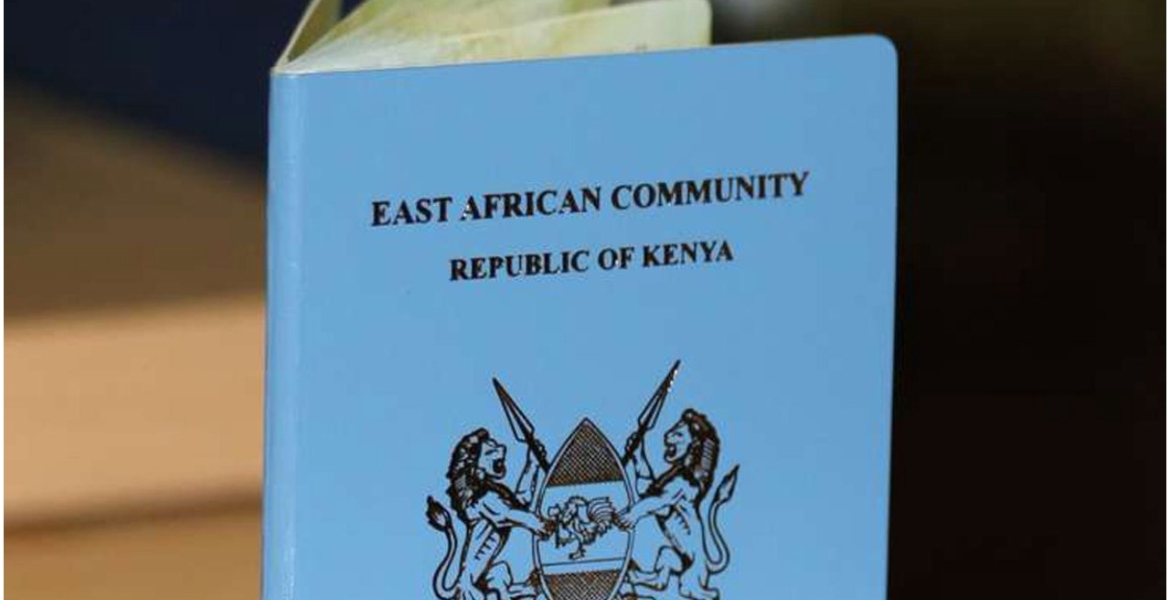 The Kenyan Consulate in Los Angeles, California has started processing and issuing e-passports to Kenyans in the US.

The Ministry of Foreign Affairs in a statement on Thursday said the consulate now has the capacity to process and issue passports.

Foreign Affairs PS Amb. Macharia Kamau, who is on a visit to inspect projects in the US, handed over the first batch of passports processed at the Los Angeles consulate.

During his meeting with the Los Angeles Consulate team led by Consul General Amb. Njeri Njiiri, Amb. Kamau implored upon them to work hard in extending consular services to Kenyans in the region while promoting Kenya's commercial and trade interests.

The consulate received approval from the government to process the new generation passports in May this year.

This came months after Paddy Mwembu, a Kenyan living in the US, launched a petition urging President Kenyatta to order the processing of digital passports at the Los Angeles consulate.

In the petition posted on Change.org, Mwembu argued that half of Kenyans in the US reside on the west coast, and traveling to the Kenyan Embassy in Washington, DC for biometrics processing is economically illogical.

In February, the government extended the deadline for obtaining e-passports to December 31st, 2021.

Launched in 2018, the digital passport has enhanced security features embedded in an electronic chip to minimize fraud, identity theft, forgery, and passport skimming.

Do they allow people to use USA phone number to register to that dumb e-citizen website?

Thank you!! that website is horrible. This is what forced me ku file US citizenship kwa sababu ya frustrations za ku acquire the new digital kenyan passport

Nope. I tried using my US number, and not getting the verification code. This is so frustrating, how difficult they are making it for the diaspora!

When did Mwembu take the census?Which days do the consulate owners operate?Do they answer calls?

Kenyans, as usual, trying to fly, before they can walk. There is no problem with the present passport, and no need to change it. Besides, how are you going to deny people with valid passports from traveling, simply because they are Kenyans? And what reason will you give for allowing others, with a simillar passport, who are not Kenyans, to travel, with the same passport? I am waiting to see what reason the GoK will give for denying Kenyans with valid passports from traveling, in January, when everyone else is allowed to do so. I don't plan to renew my Kenyan passport, unless it is expired. And the GoK cannot deny me from visiting Kenya, with my Old Generation US passport. Ps, this new requirement about e-passports can only be implemented against Kenyans. I still don't understand how a Government can pass laws which only encumbers its own citizens. After all, non Kenyans are not subject to the same rules. So, apart from making money for KRA, what, exactly, are e-passports meant to achieve?

Can you imagine you are in US and the website is asking for a Kenyan tel.No. I called the Kenyan embassy and I was advised to use a kenya te.no of a relative or a friend. This is very frustrating. We are Kenyan citizens things should not be made soo difficult for us. I traveled to Kenya with a stay of three weeks in mind I should renew my passport, I was given an appointment in two months time. Here in US the Kenyan embassy is giving appointments in ten or more months time. This is sickening!