Miguna Miguna Books a Flight Ahead of Return to Kenya 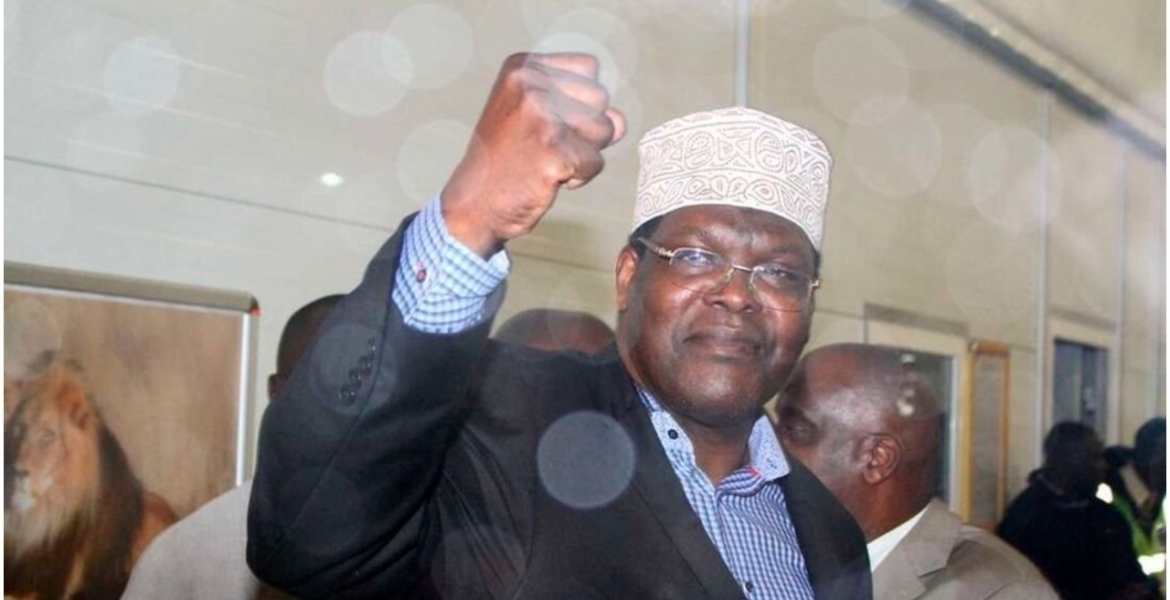 Kenyan-Canadian lawyer Miguna Miguna says he has booked a flight ahead of his return to Kenya next month.

Through Twitter on Friday, the fiery attorney said he will land at the Jomo Kenyatta International Airport (JKIA) on the morning of November 16th.

Miguna, who was deported to Canada in February 2018 over his role in the swearing-in of ODM leader Raila Odinga as ‘people’s president’, indicated that he used his Kenyan passport to book his flight back home.

Retired Chief Justice Willy Mutunga said he will be traveling to Canada next month to accompany Miguna on his flight back home.

“I have taken this extraordinary step for two fundamental reasons. The first is because of the continued, flagrant and reprehensible defiance of the Government of Kenya, its agencies, and senior officials, against the numerous valid court orders in favor of Mr. Miguna,” Mutunga said in a statement.

The Kenyan Judiciary, with its Chest thumping, and ignorance of International Law and Practice, said you can come using your Kenyan Id. They do not even see that when you are boarding a plane, the Aeroplane does not belong to you, or the GoK. You are just a passenger, and they have a right to eject you, if you are a nuisance, and bad for business. My take? Miguna should still not be allowed to board an Aeroplane to Kenya, even if he has a valid Kenyan passport. Ps, he must have given the passport he was traveling on, to be allowed to travel to Nairobi, before he was deported. He was simply deported to Dubai, because that is the Airport that approved him to travel to Nairobi. Let us see who is now ready to accept Miguna's shenanigans. I think that they have realized the futility of their efforts, and Miguna may actually be in the process of getting a genuine Kenyan passport. If I was the GoK, I would say, let him stay where he is. He cannot cause trouble in Canada, because the laws there are stable and secure. He only wants to go to Kenya for relevance. Nobody even knows him in Canada.

You better believe he will use his Canadian passport as he transits through Europe.

Who cares ? When we go home we don't announce .Anyway, another round of drama loading.........

Kwani what was he expected to do? … book a boat ride or a bodaboda?

This guy Miguna Miguna is not all that sharp! He is a huge joke and pretty ignorant to his surroundings! No body cares about you Miguna! Stop the toddler drama! You already got gray hair all of your damn head!

Welcome Home general, I hope you are going to accept the position of C's internal security or Attorney General

Give us a damn break @venesa! What the hell are you smoking Venezia! Miguna isn’t worth a watchman job! Holding a phD and a law degree doesn’t mean Miguna Miguna is literate! It’s not what it used to be that phd holders knew things! Miguna is very stupid! He is the most uncouth creature in the 21st venture! The guy has many mental issues which requires a good Muganga to fix! Don’t insult Kenyans @Venesa! You can call Miguna a General because he is a big coward!

Take low profile be gentle who knows after 2022 we can raise you to be head of state. Fuata sheria drama leave it to primary and high school.. children’s..

All comments hating on Miguna. You must be so obsessed and bored to throw childish tantrums on non issues. Stick to your wives and children. He will come to Kenya na hakuna kitu mtado. Mafala ghasia.

Waste of money! Miguna’s wife should senselessly slap this fool to wake him up! He need ms some big ass beating and be advised to grow up! Kenyans mistakenly address some folks like Miguna as a General of nothing! Surely we have big clowns in Kenya! I feel sorry for his kids because they still claim to have a father! A stupid man with a chip on his horned head!

Who cares about which passport you used Miguna muguna you stupid DOG! I hope both you abs Mutunga are blocked from entering Kenya! Our country need peace and not a shitty guy who can’t even comb his ugly hair! All your brains Miguna are in the horn infront of your dumb head you cover with a communist hat! Don’t be silly Miguna! You aren’t worth much fool!