Raila Helped Me When I was Stuck, CNN Hero Nelly Cheboi Says 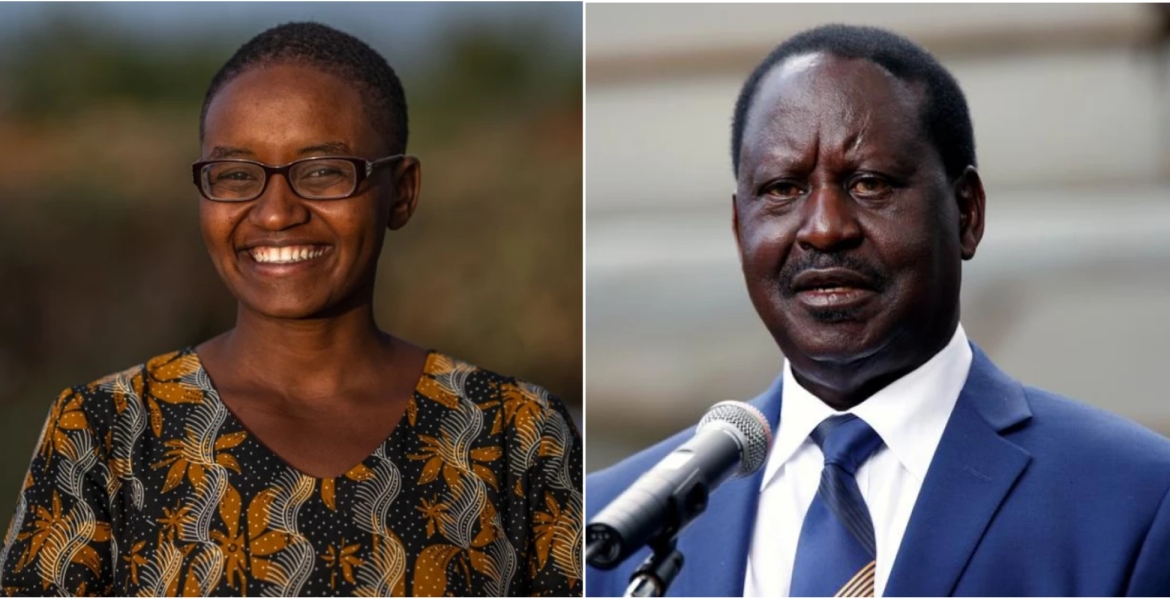 In a recent interview with Success Africa, Cheboi said Odinga gave her Sh300,000 to enable her to travel to the United States after receiving a full scholarship to further her studies.

“I went to Maryhill Girls High School, got an A in my studies, and was to travel to the United States for my scholarship. I had a deadline of two weeks to report,” she said.

“My area MP organized my passport, but I was stuck, I had no visa or travel air ticket until I met Raila, who gave me Sh300,000,” she added.

The 29-year-old received a scholarship in 2012 to study Applied Mathematics and Computer Science at Augustan’s University Illinois.

Upon graduation, she worked as a software engineer for New World Van lines and as a full-stack engineer for Kodable, and as a Lead Software Engineer for User Hero.

On September 12th, Cheboi was honored in a ceremony in New York for her work in creating computer labs for Kenyan schoolchildren through her nonprofit TechLit Africa.

Cheboi, who quit a lucrative software engineering job in Chicago in 2019 to create computer labs for Kenyan schoolchildren, was selected by online voters from among this year’s Top 10 CNN Heroes.

Through her foundation Techlit Africa, Cheboi recycles old computers and uses them to create technology labs across schools in rural Kenya.

The computer scientist was featured in this year’s Forbes’ annual 30 Under 30 list.

Then some Freemason devils Keep on Develizing RAILA. Shame on you👹👺😎😁 GachaRutos!!!

And where was people like the Ruto’s of this world? Or nikutoa tu sadaka kwa kanisa na kushindana kula mahindi choma eti ni mahaslers! Congratulations Baba for your heart of helping, God in heaven will reward you!!

Supposedly good job. But where does she do this? Any examples?

Eg:
"Through her foundation Techlit Africa, Cheboi 'recycles old computers and uses them to create technology labs' across schools in rural Kenya."

Through her foundation Techlit Africa....

She’s done a commendable job and for her to be nominated as CNN’s Heroine, be confident that all through research was done prior to putting her on that noble list! Any name can’t just appear there!

I have seen her excellent and brilliant work! She started @ Mogotio, Nakuru and have since spread to other counties including ours. I have witnessed it live and count be proud of her and her boyfriend Tyler.

Appreciate Baba all day, always doing stuff and not wanting anything back, maximum respect to Hon Raila.

Thanks RAO! I give credit where it due! I respect you for your kindness, compassion and support

To whom much is given, much will be required.Yes,I know some with have a problem with the word "given."Nonetheless what he did is commendable.There are many in his position,or better financial who wouldn't give a hoot.

I give Rao credit for this. He's not stingy all the time. Giving is a blessing.